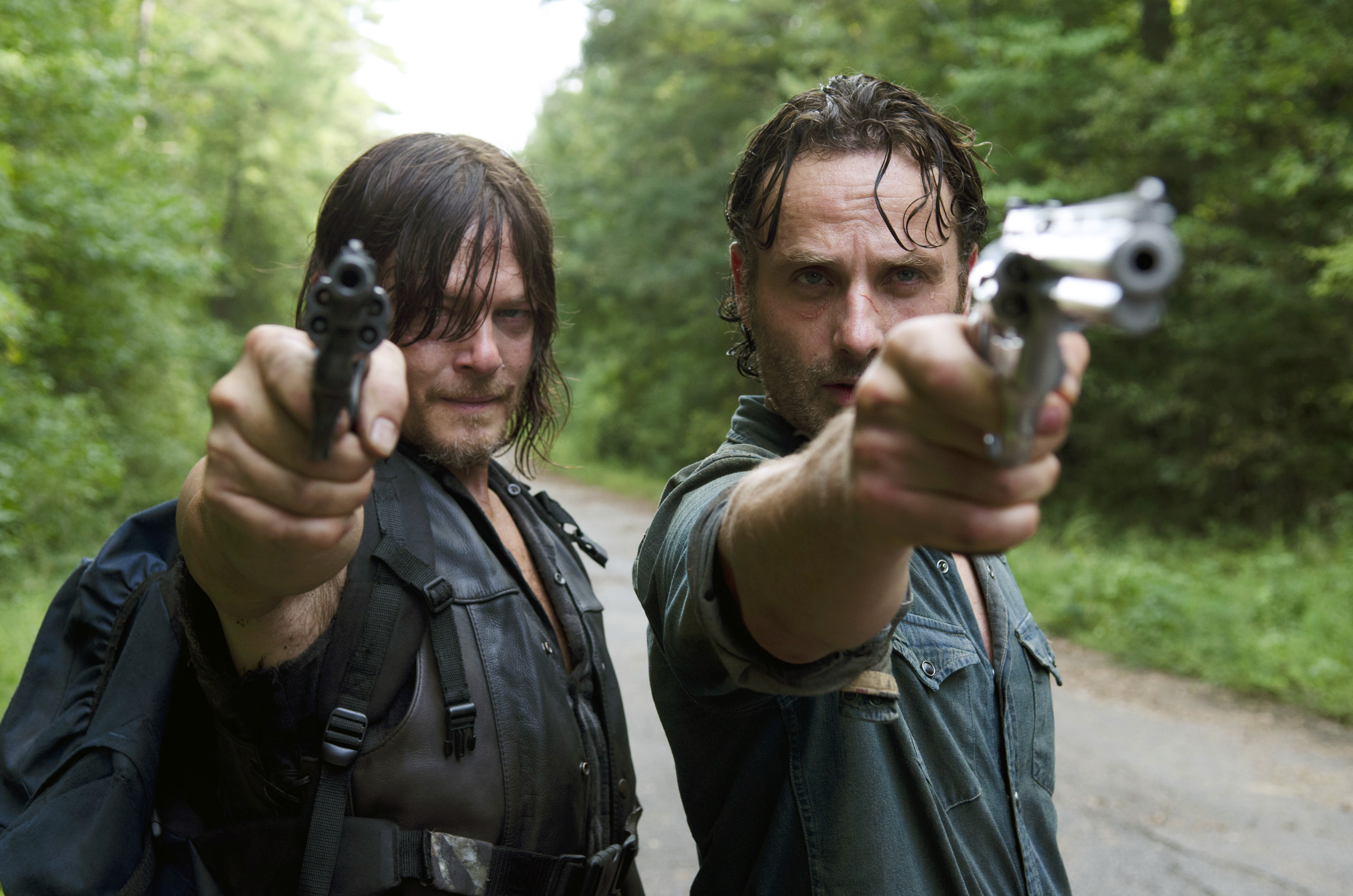 There isn’t much that surprises me anymore when it comes to television, but I have to admit, I was not expecting the ending to the latest installmentÂ of The Walking Dead, titled “The Next World.” What’s even crazier is that this shocking ending had nothing to do with violence or death.Â Major spoilers ahead if you haven’t watched the episode yet. Avert your eyes in 3, 2, 1… Rick and Michonne have finally taken their relationship beyond friendship. It’s been a long time coming in the eyes of the fans, and I think it’s safe to say that “Richonne” has finally come into fruition.

Let me start by saying that I have nothing against pairing up Rick and Michonne, but I also wasn’t in the camp that was desperate to see them as a romantic item. Narratively it makes sense for these two people to be drawn to one another. They have a deep mutual respect and friendship between them, and Michonne has filled a quasi mother role in Carl’s life since Lori’s death.

Rick and Michonne have sharedÂ a home since they moved into the community, but the scene at the beginning of this episode almost made them seem like a makeshift family with Rick getting ready for the day as Michonne is in her robe with a bath towel on her head, and they joke around with Carl. Weeks have passed since the walker madness that almost put an end to Alexandria. Spirits have been high and everyone seems to be moving on.

This is where I have to be a little nitpicky. What frustrates me to no end, whether it be movies, television, or any sort of narrative medium, is when women only serve as a catalyst for change in a man. It’s obvious that Jessie’s role in the story was only to bring Rick out of his emotional shell. Her character’s purpose was to say, “You see Rick, you can love again, but both of my children are annoying, so we need to be killed off now.”Â I have no problem with Rick and Michonne’s coupling, but it saddens me that Jessie was nothing more than an interim.

Rick and Michonne are a well matched couple, but this sudden progression in their relationship will be an adjustment. What will going out on runs be like? Will Rick be more protective of her now, or treat her the same as he did before? How will Carl feel about them? I’m intrigued to see how this development will change the characters going forward. I think it was a smart choice to wait a few seasons to get them together, but I just wish it wasn’t at the expense of a character like Jessie.

One of my favorite aspects of the episode came from the reteaming of Rick and Daryl. Their entire encounterÂ withÂ the stranger, nicknamed Jesus, was extremely entertaining. There was something very fun about the chase scenes. From the music playing in the car to the truck crashing into the lake, there was a lot of excitement without the feeling of doom.

Jesus is one of the most compelling characters to come along in recent memory on the show. He never seemed like a threat since he didn’t appear to carry any weapons. Also, what kind of ninja skills does this man have that he can quickly untie himself and get on top of a truck without Rick and Daryl knowing about it. Also how did he manage to escape the room that Rick and Daryl left him in and make his way to Rick’s home and get inside the bedroom. He’s Ninja Jesus!

Elsewhere in the episode, Carl and Enid took a little trip into the woods, as did Spencer and Michonne. I wasn’t sure what Carl’s intentions were with the walker until I realized it was Deanna. CarlÂ understood that the only one who should take walker Deanna out was Spencer. It was the closure he needed in order to move on.

Overall, I thought this episode was a nice change of pace, especially after the previous installment’s emotional overload. I love when the entire cast is involved, but I also like when the story can focus on a select few people. I’m thrilled to learn more about the mysterious Ninja Jesus, and I can’t wait to see the fallout from Rick and Michonne hitting the sheets.

Check out a sneak peek of the next episode titled “Knots Untie.”

Bitten Preview: "Our Own Blood"

Gilmore Girls: A Year in the Life

Dancing with the Stars “Season 18 Week 8”