Bitten Preview: “Our Own Blood” 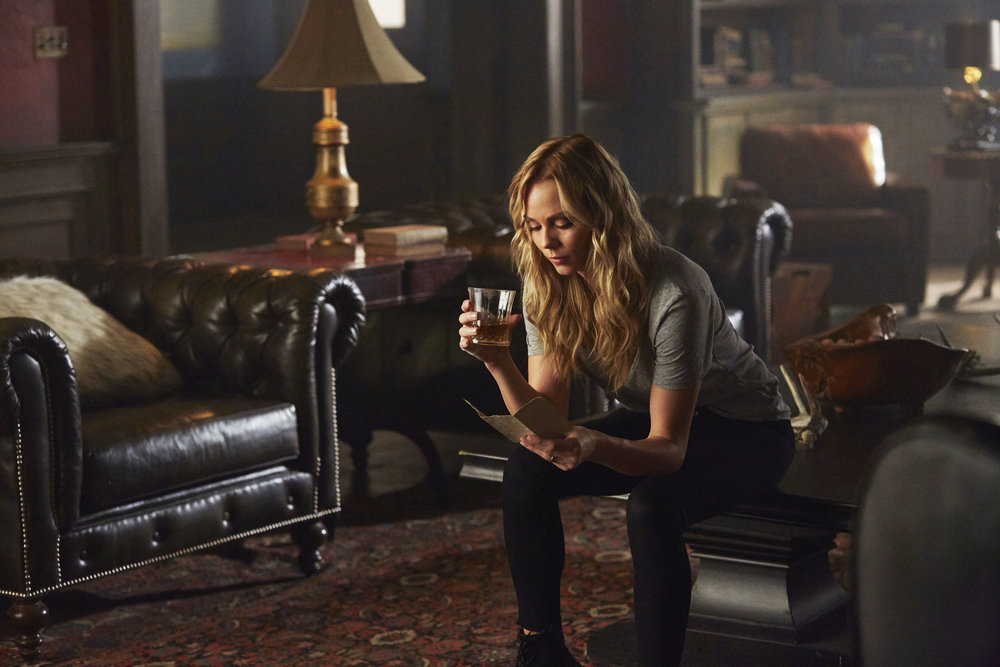 Last week on Bitten, we set the stage for the final season with the realization that Elena’s still reconciling her vision, Jeremy’s hellbent on a war that not everyone wants in on, and Sasha Antonov, a remote Canadian werewolf,Â learns about Elena from another wolf escaping Jeremy’s mandate. ThatÂ gets interesting very quicklyÂ Monday night when he arrives in town with his children, and Elena is selective about who she tells.

Also in there, Roman to pop in for a visit,Â which never ends well, and Jeremy continues exacting his own particular brand of bloody, tough love. There’s also a weird energy of having Elena relegated toÂ the kitchenÂ for part of the episode, but she at least finds something more entertaining to do while she’s there. Look for new recurring cast membersÂ John Ralston (Degrassi), Sofia Banzhaf, and Alex Ozerov (Orphan Black) as the Antonovs.

Bitten airs at 11/10c Monday on Syfy. Click here for a preview of the episode.

The Walking Dead "The Next World"

The X-Files Preview: "My Struggle II"