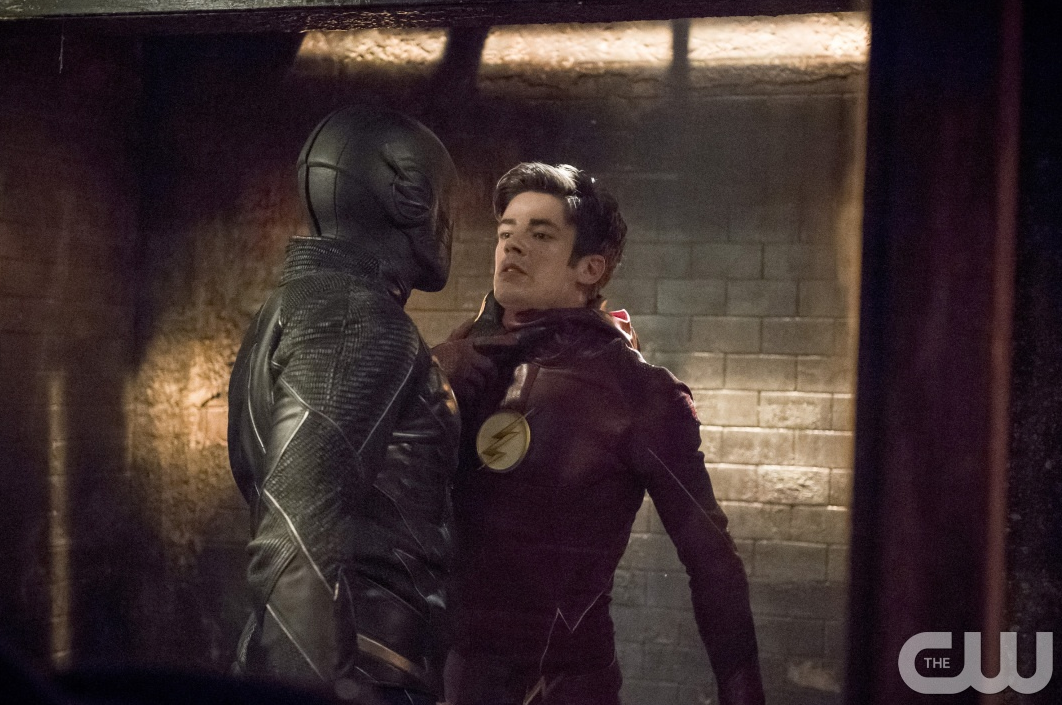 There’s something to be said for a good bad-guy. Someone so dastardly and twisted a character that they really push a protagonist to their limits. Without a good villain, it’s hard to have a great hero.

The Flash seems to be the exception to this rule (the TV series at least). Geomancer was a pretty lame character in the comics, and it’s a wonder that the team behind The Flash picked this one of all the baddies in the DC Universe. I understand that Jay Garrick’s Flash needed an opportunity to feel like a hero again, but that entire story line with Geomancer was poorly executed.

This show has always struggled with their villain-of-the-week types; even from the pilot. Its strengths are found in its ability to bring us wonderfully humanizing backstories. Sure Barry’s history is filled with tragedy (which superheroâ€™s isn’t?!), but The Flash does an excellent job of finding ways that allow these characters to endear themselves to the audience. It’s because of these interpersonal relationships that I can overlook the dire state of villainy in Central City.

While The Flash struggles in its episodic villainy, and especially so in “Escape From Earth-2,” it’s done well with the story-arc villains, like Zoom and season one Harrison Wells. I keep watching because I love Team Flash, and I’m always hoping the bad guys will up their game to give me that perfect balance of good vs evil.

So far, DC’s Legends of Tomorrow appears to struggleÂ with its villains as well. Is that because our Legends are already a mix of good and bad guys? Or is it just that Vandal Savage hasn’t hit his stride as the ultimate baddie yet? I can’t tell. What I do know is that the writers should not have to tell me a character is bad. As a viewer, I should be able to see and feel that someone is a terrible person that deserves the attention of our hero(es). And I just don’t feel that way about Savage (yet).

The team dynamic continues to get better, even though it’s disturbing that Leonard Snart is the conscience of the team. Sometimes it’s fun to root for the bad guys and that’s very easy to do when I want Snart and Mick to do well.

I can’t help but think my expectations are too high. There’s so much material for Legends to pull from! With Captain Cold and Heat Wave alone, you’ve got a good showing for The Rogues (The Flash villains). We’ve already seen quite a few Rogues villains on Flash (Weather Wizard, Tar Pit, The Trickster, Boomerang, and The Pied Piper), so perhaps this anti-hero group is best left to that series. However, given their penchant for time hopping with Rip Hunter, there are just too many iterations of heroes and villains for them to keep choosing sub-par adversaries.

So I’ll leave Legends with the same wish I had for The Flash after the first few episodes: Get better bad guys.

Arrow, on the other hand, seems to have no shortage of excellent antagonists. Damien Darhk is a huge player in the villain game! Even if this fourth season has seen a lot of back and forth between The League of Assassins, Merlyn, and Darhk, we have no doubt just how terrible H.I.V.E. truly is.

Darhk is villain gold! He’s ruthless, calculating, and keeps his word. One of the least appealing qualities in a bad guy is one who can’t pull the trigger when it counts. From the first episode of season four, we’ve seen that Darhk always does exactly what he says he will — an absolutely terrifying quality. Someone like that forces us to actually question whether or not a character we are attached to will make it to the next episode.

Villains that bring the guess work back to episodic TV, what a concept! Of course, the title characters aren’t going to be killed off. But from the beginning, we’ve lost people on Arrow that viewers came to like. Tommy, Moira, Maseo, Sara (even though she was resurrected)… Good bad guys (or should the credit go to good writing?) are not afraid to hit the heroes where it hurts.

While there are plenty of other things that aren’t quite going right with Arrow, Damien Darhk is truly a bright spot.

What’s your stance on villains? Is there such a thing as being too bad?

Keep up with my favorite heroes each week!