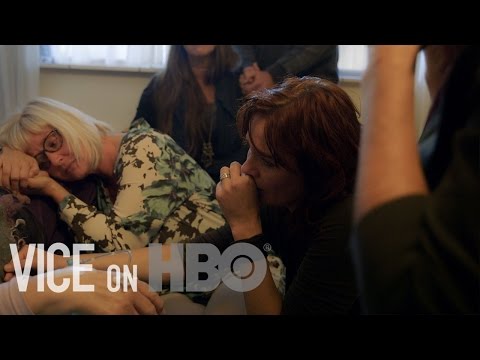 Assisted suicide has always been controversial in the US. But if someone is in mental or physical anguish and wants to end their own lives, should we allow them to seek out a medical professional to do that? Ever since the story of Brittany Maynard came to national attention, there has been more of a push to get laws on the books to help people end their lives on their own terms. In VICE‘s “Right to Die,” correspondent Vikram Gandhi takes a closer look at this issue.

Terminally Ill Man Explains Why He Wants to Die:

“Right to Die” synopsis, from HBO:

When California enacted the End of Life Option Act amid fierce debate last October, the number of terminally ill Americans with the right to a doctor-assisted death effectively quadrupled. But in parts of Europe, euthanasia is also administered to people other than the terminally ill, including those with autism, depression and personality disorders. VICE explores the moral, political and personal questions raised by how and when we end our lives.

Once a law’s on the books and someone has decided they want to end their own lives, what is the threshold they must meet? What kind of pain do they have to be in? What kind of suffering must they endure? Should it make a difference if it’s not “physical” pain?

Euthanasia in the Netherlands: