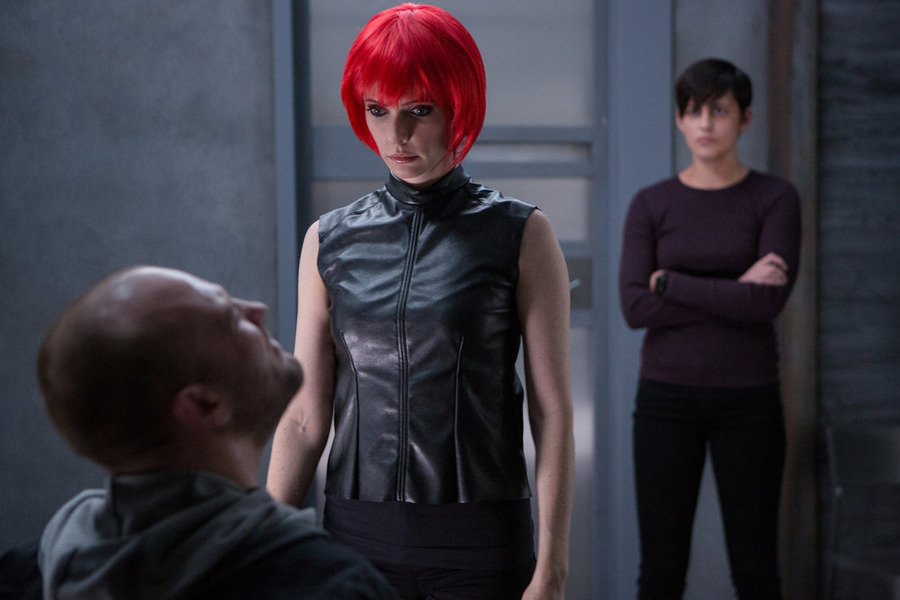 On last week’s Grimm, Nick finally learned where his mother was buried and he was able to say goodbye. Plus, he logged some more face time with Eve. Misner and Eve want Nick to work for Hadrian’s Wall. They share a common goal — they want to defeat Black Claw. But can Nick find the strength to join forces with the woman he used to know — and love? What about the rest of the Scooby gang?

Tonight they face a case that pits them against a serial killing Wesen. While the Black Claw contingent continues to do their thing, Hadrian’s Wall does their best to counter. So get ready to see more of Eve in action. TrubleÂ and Misner, too.

More Teases
-Adalind makes an appearance.
-Truble gets up close and personal with Kelly. Yes, she holds Nick and Adalind’s baby. Any guesses as to how amazing or awkward that moment is?
-That guy from Rosalee’s past reaches out again. This time, it’s not in the form of a letter.
-Shirtless Renard Alert! Shirtless Renard Alert!

-Misner unleashes Eve’s interrogation tactics, but will it yield the information they’re looking for?
-The Wesen case of the week is very creepy. Nothing romantic about it (considering it’s almost Valentine’s Day). Think ritualistic. And scary.
-Wade Williams guest stars — of course, he’s best known for playing Bellick on Prison Break, but he can also currently be seen on the PBS series, Mercy Street.