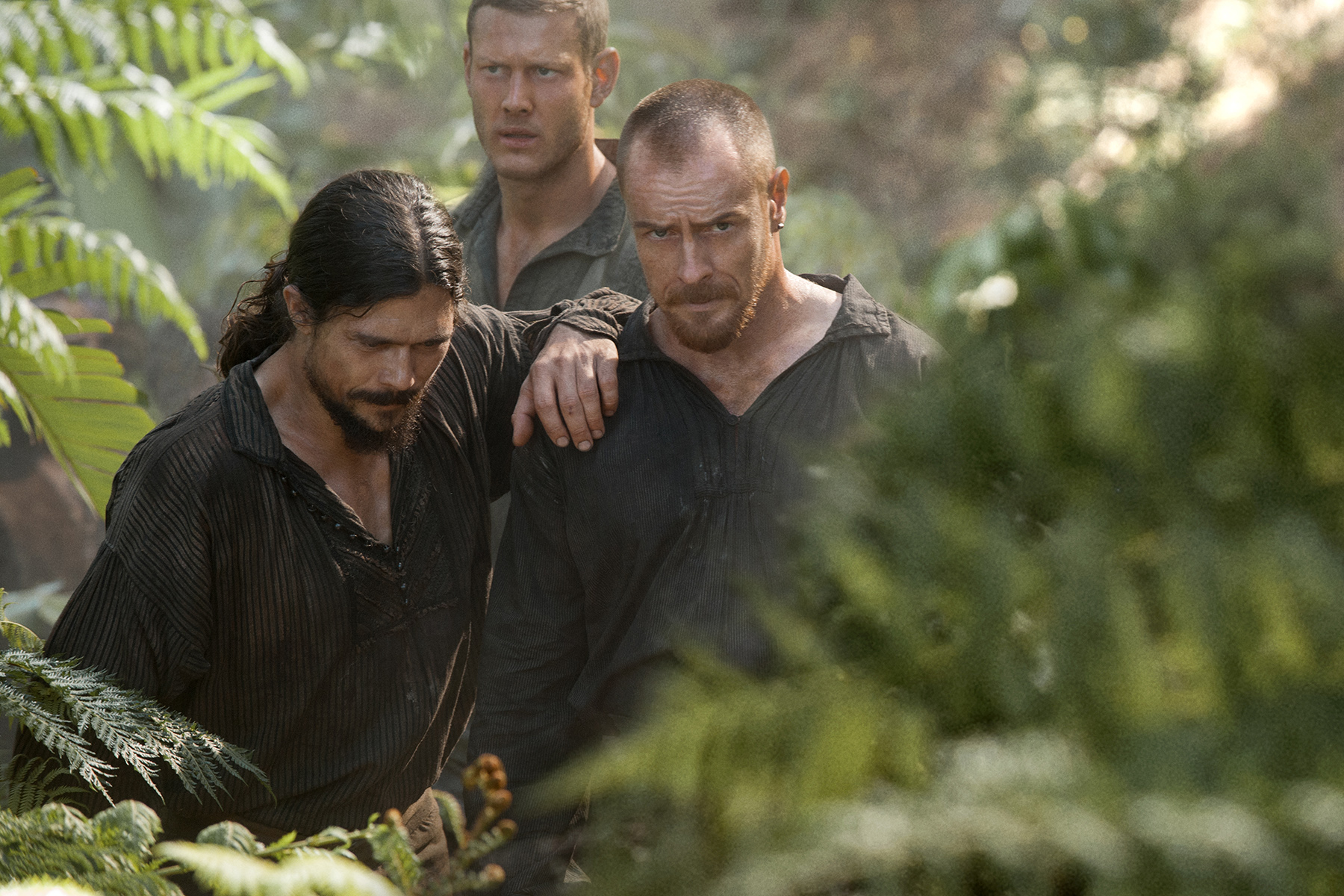 If you thought Black Sails was heavy on the emotions with “XXI,” you’re in for a shock. Bear with me as I do my best to keep the spoilers at bay while previewing episode XXII. (However, there may be a few minor spoilers below!)

Woodes Rodgers and Eleanor make quite the pair. As their dependence on one another grows, so does the tension. My initial reaction is to call it sexual tension, but maybe it’s more of a power struggle. They are both trying to figure each other out without placing too much trust in a lasting (platonic) relationship.

Their honesty and ambition make for perfect complements. The argument could be made that Eleanor is far from honest, but I’d say that her consistency is what makes her honest and less so the actual words she speaks. When she sets her mind to something, it gets done; and Rodgers is the same way. With as much money and influence he has, he still knows that Eleanor is his best bet to secure the Nassau that he envisions.

Knowing that he can’t fulfill his duty with pardons alone, he makes plans for a future on Nassau and Eleanor, he feels, is a vital part to that success. Someone is getting played here, but it’s impossible to tell who is pulling the strings at this point. I love what the writers are doing with these two characters. Their scenes are not as lengthy as others, but they do carry the weight of serious implications.

After three weeks adrift, the Walrus crew has finally made landfall. Still lost, but grateful to have some respite from the sea, Flint and Silver take the opportunity ponder their collective future. As the Captain opens up, we get a nuanced look at the inner struggle Flint is battling. He reveals that providing unequivocal pardons to the pirates of Nassau was his plan. The plan that he, Thomas, Miranda, and Peter had all believed they were working toward before they were foiled. A plan that, essentially, created the man he is today. Without having been there to see what Rodgers was able to do (via Hornigold), Flint believes there may no longer be a Nassau to return to.

It’s great to finally be able to see Silver and Flint battle face to face instead of each one trying to serve their own needs at the expense of the other. Is it weird to want to call them a power couple? Because that’s what they are. They are equally matched in their cunning guidance of the crew, in their self-serving ways, and in their ability to create the future they desire.

Despite Flint’s assumptions, Nassau hasn’t given up yet: she is a tough place full of resilient people. While a lot of the pirates are ready to turn over Vane to Rodgers, Jack isn’t ready to let that happen. Once again, Nassau pulls the wool over the eyes of the British, and Vane is able to make his exit with a little help from his friends. Is the call of open water under the tutelage of his mentor enough to keep him satisfied? Or does she have enough gravitas to keep him tethered?

To which “she” am I referring? You’ll have to tune in to find out!

Here’s a clip from the all new Black Sails, airing Saturday, February 13th, at 9/8c on Starz.