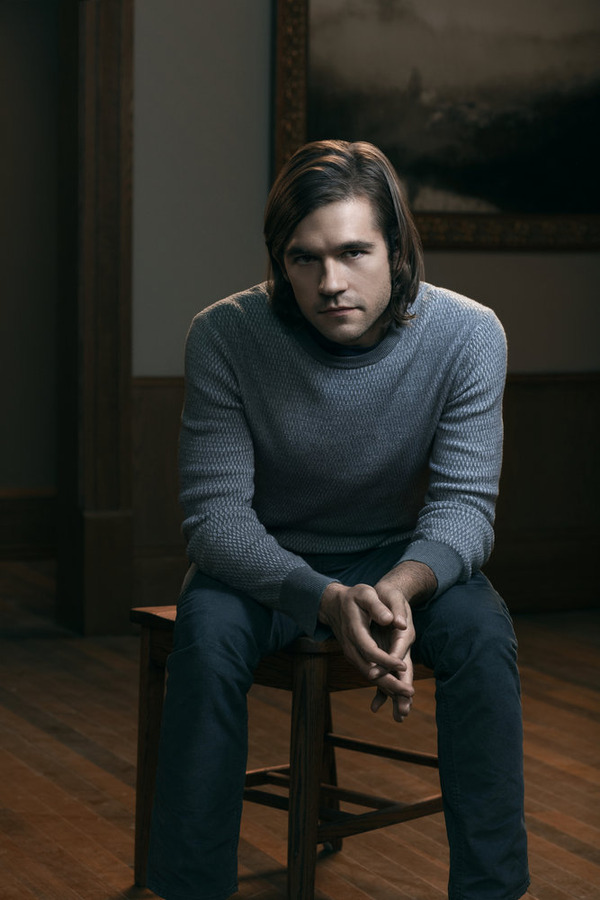 Great news out of the Syfy camp. After only three episodes, The Magicians has already conjured up a second season.

The formula for this show’s success involves strong characters, well-written drama, lots of buzz and solid numbers. The show seems to be drawing in younger audiences as well.

According to a Syfy press release, “during its first three episodes, The Magicians averaged 1.7 million viewers, 853K Adults 18-49 and 910K Adults 25-53 (based on L3 data). The series is also strong among younger viewers, with Adults 18-34 growing consecutively over each episode, averaging 180% above Syfy’s primetime delivery in that demo.”

Season 2 will consist of 13 episodes and is set to materialize on Syfy in 2017.

Even though the characters in Syfy’s The Magicians exhibit talents that seem otherworldly, they are all relatable. EP Sera Gamble shares her thoughts on some of the show’s major players.

Sera Gamble: Quentin definitely gets to be on a high for a little while. He is someone who’s felt really terrible for a long time. He’s felt like he can’t get his s–t together. He feels like he doesn’t belong anywhere. And he’s at odds with the world because even someone like Julia, who really cares about him, and has known him for a long time, is saying please put these things down that are your childhood because they’re not relevant anymore. But he has that little voice deep inside him that says no these are still relevant that I feel like their real and then he finds he has been right all along. So it’s not so great for Julia, but for him, obviously nothing stays that pristine and beautiful forever. As he starts to settle and inhabit a world where ‘I’m a magician. I’m learning to master this now,’ it doesn’t stay all sunshine and rainbows for him. It becomes more like real life.

Sera: She starts in sort of the opposite place from Quentin. They were childhood best friends. And she set childish things aside and she has been winning at life in all ways. I think of her as the valedictorian/prom queen who also everyone likes. She’s actually nice and popular. She was just as big a geek for the books as Quentin when she was a kid. But then she grew up. She’s dating the cutest guy. She’s getting straight As. She’s ready to go to business school. At first glance, she’s the one who’s getting it right. And then she finds out that magic is real. I think it’s probably the first time she has ever significantly failed at something that she realized she really wanted and that sends her into a tailspin. She cannot go back to life the way that it was knowing that magic is real. And, frankly, also feeling like she failed at something like that. She’s never failed a test in her f–king life.

Sera: Her parents are difficult. Yes, she is a legacy. She comes from a long line of magicians. And because of that they’re very comfortable with being eccentric and relying on magic in ways she’s not comfortable with and also she just has conventionally a very dysfunctional. She has a mom she doesn’t get along with. She has a dad who doesn’t understand her. There’s a lot that, frankly, was drawn straight out of the lives of the writers in the writers room where we just talked about the worst experiences we had with our family and we gave a lot of them to Alice.

Sera: They’re kind of the king and queen of the school in a certain way. They throw the most fabulous parties. And they are deeply connected. They’re best friends. They love each other. I think they occasionally even have crushes on each other. I think of them as the ultimate partners in crime. Almost that Dangerous Liaisons kind of way. You’ll find out some of the things that bonded them later in the season. I don’t think of their connection as sinister. I think of it as something actually kind of deep and beautiful that comes from two people who recognize each other. And when you’re perceived as really sort of smart and fabulous and maybe you don’t have a lot of problems, then that can be very lonely. And they found each other. I think that they actually understand and can really support each other. I think it goes deep in a good way.

Sera: I think the reasons that [Penny and Katie] are drawn together because, again, they sense a kindred spirit. These are two people who grew up in really rough circumstances. they were sort of outside the conventional system. And you can sense that in another person. You can sense when somebody comes from a similar background. I’m an immigrant’s kid and I somehow always end up in a conversation with the other first generation American in the room and that’s the way I relate to the idea. I think Katie feels more real and grounded and less full of bullshit to Penny than the rest of the people that he’s meeting. The problem, of course, being that, yes, Katie comes from a checkered background and that has led to her being in this very compromised situation. And we’ll unspool that and what that’s about and let you know the reasons that she’s fallen in with these people. Yeah, it doesn’t bode super well for a trouble-free relationship for the two of them.

Now that you’re familiar with them, who do you guys relate to the most? The Magicians airs on Syfy Monday nights at 9/8c.