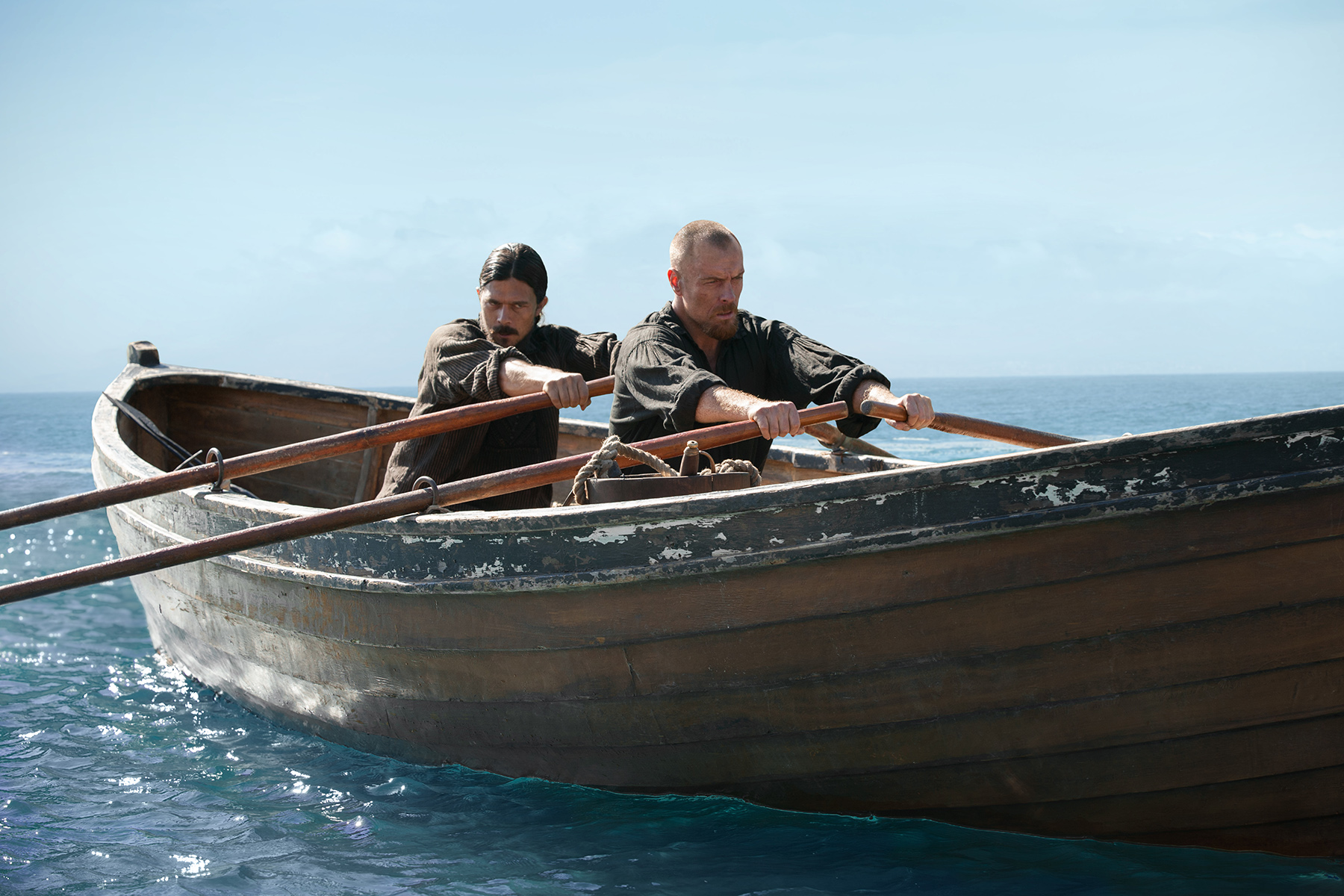 The world changes quickly while the Walrus is stuck in the doldrums. After three weeks adrift with nary a spec of land in sight, the men’s sense of reason has reached a breaking point. Silver watches as Flint brings forward a new brand of justice, and it is Billy who steps in and demands better of his Quartermaster. As certain death looms overhead like the noonday sun, Silver — crafty as ever — finds a way to get Flint’s attention, and perhaps even his respect. But is it enough to save the crew?

Meanwhile, Woodes Rodgers and his small fleet patiently sail toward Nassau with noble intentions though it seems they received them from “How To Conquer Pirates: For Dummies.”Â However, Eleanor Guthrie steps in to save Rodgers from himself.

And as for our island of misfits, tensions come to a head when news of the small British fleet makes its way to Nassau’s ears. Without Flint to stand at the head of their ships, how will the island defend herself? Edward Teach has an idea or two, but it will cost Charles Vane dearly.

Yet another episode that slows everything way down in order to flesh out these characters. Flint is raw, Silver is broken, and Max and Anne come to an understanding about the direction of their future. Prepare to feel a tug at your heartstrings, because Black Sails hits right in the feels with this third episode.

Catch the aftermath of the storm and tune into Black Sails at 9/8c, Saturday on Starz.