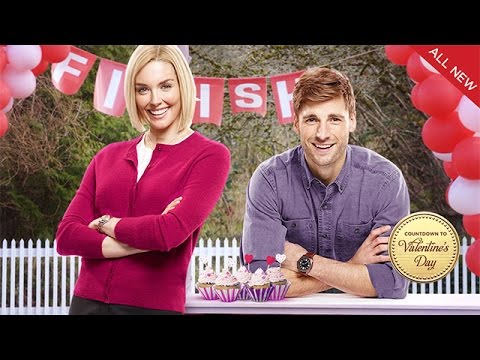 Andrew W. Walker returns to Hallmark Channel Saturday night, starring opposite Taylor Cole (in her network premiere) in Appetite for Love, a coming home romance about Mina, a marketing exec who returns to her childhood small town for a restaurant rebranding and comes face to face with the high school love walked away from.

After a few public missteps, she realizes the path she’s chosen hasn’t reallyÂ panned out quite like she’d hoped when she rejected her original path 15 year earlier. It’s nice to see Cole playing the lead, and you might twig to her being vaguely familiar, but not quite place her. If memory serves, this is her first outing as a blonde. She’s had shoulder-length brunette hair up to now, and has recurred on shows like Heroes, The Glades and CSI: Miami. She’s also just been cast to recur on The Originals.

This film marks Walker‘s fifth outing for the Hallmark networks. We last saw him at Christmas in Dashing Through the Snow over on HMC.Â A year ago,Â he starredÂ opposite Arielle Kebbel in Bridal Wave. Before that, she was his co-star in 2012’s A Bride For Christmas. He also starred with Erica Durance in 2013’s Wedding Planner Mystery. I love that they keep using him.

Alley Mills also appears as Mina’s eccentric aunt, who reminds her of all the good she left behind. When Calls the Heart‘s Marcus Rosner plays Mina’s boyfriend, Reed.

The Knick Preview: “Where’s the Dignity” [VIDEO and PHOTOS]