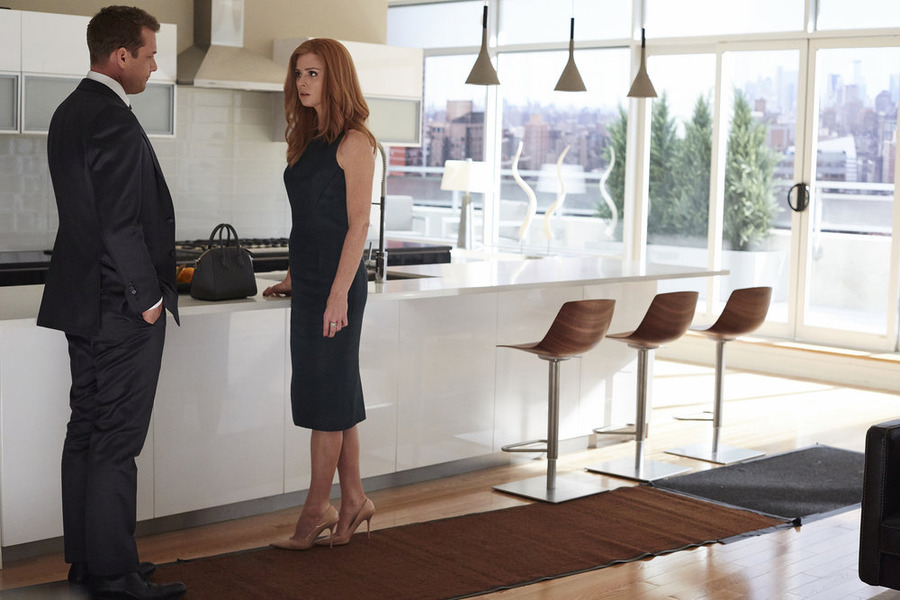 So far, the fifth season of USA Network’s Suits has been intense, incredibly thought-provoking and compelling to watch. The roller coaster ride isn’t over just yet. The drama over the next six episodes multiplies exponentially with Mike’s arrest. Not just forÂ Mr. Ross. But with everyone.

Creator Aaron Korsh has already told us that all six main members of the cast will be “dealing with the consequences of the decision that Harvey and Mike made five years ago for Mike to be a fraud and be a lawyer.”

This includes Donna, who as we know, is currently Louis’ assistant after her painful breakup with Harvey. At a recent event that celebrated the hit series, Rafferty talked about what the next six episodes mean for Donna, delving into her character’s personal life a little more, her new Hallmark Valentine’s Day movie, and being one of the fiercest dressed females on TV along with Gina Torres’ Jessica Pearson and Meghan Markle’s Rachel Zane. She also said these next six episodes are “as emotional as it can get.”

Suits Season 5B premieres tonight at 10/9c on USA Network.