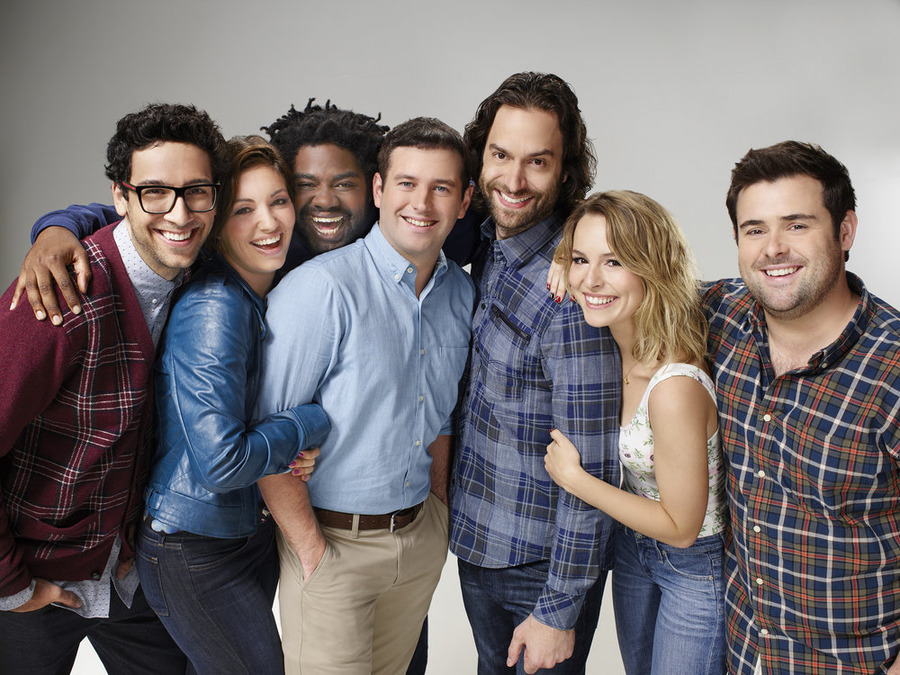 The Backstreet Boys are about to appear larger than life on the set of Undateable.

One of the perks of the comedy going live every week is the addition of the musical guest. Once Ed Sheeran appeared on the NBC sitcom during Season 2’s live episode, the bar was set.

Apparently the show’s new year’s resolution was to go even bigger in the music department. Undateable is back from hiatus tonight with singer-songwriter Charlie Puth. He recently earned three Grammy nominations for his tribute song to Paul Walker from Furious 7. “See you Again” — which features rapper Wiz Khalifa — is also nominated for Best Original Song at this Sundays’ Golden Globes. Sounds like Puth has a busy weekend ahead of him.

Things get seriously amped up on January 15 when Weezer hits the Undateable Live stage. And then on January 29, it’s the Backstreet Boys’ turn to rock our bodies right. The group is currently working on their next album, but they’ll take some time away from the studio to entertain the audience as well as the show’s cast and crew.

In tonight’s all-new episode, expect some Danny and Charlotte drama.

NBC Synopsis for “A New Year’s Resolution Walks Into a Bar”: Danny is determined to prove he’s a great lover in the wake of a shocking revelation by Charlotte (Whitney Cummings). Join the cast and crew on Twitter Periscope and more using #UndateableLive.