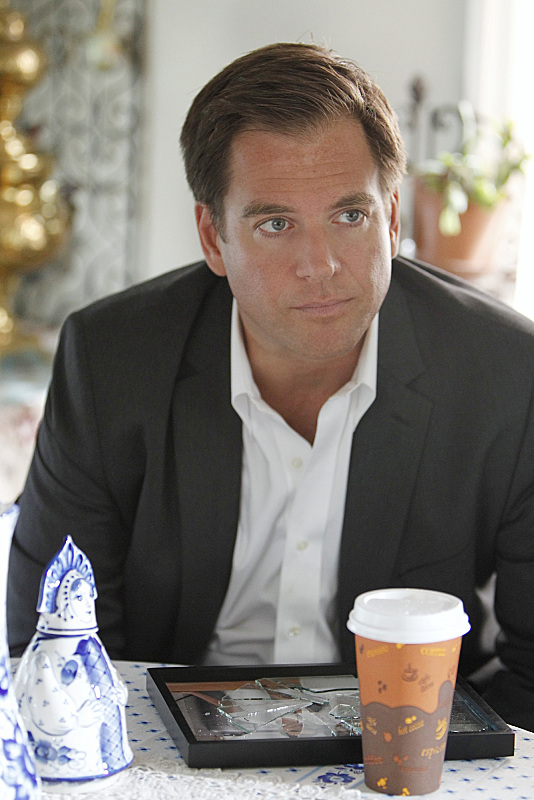 Well, it’s official. TV LineÂ and the trades are now reporting — and CBS has confirmed it. Michael Weatherly is leaving NCIS, the show he’s been with since the two-episode backdoor pilot that aired on JAG in 2003. The actor, who plays Very Special Agent Anthony DiNozzo, is departing at the end of Season 13. Weatherly hasÂ posted several tweets on the matter, one saying he’ll miss his “amazing crew and cast” and thanks his “fans all over the world.”

I will miss the amazing crew & cast, who are like family to me, & to the fans all over the world – THANK YOU, itâ€™s been a fantastic ride!

Weatherly is one of the show’s original four actors along with Mark Harmon, Pauley Perrette and David McCallum, who was actually the one to drop this shocker of a tidbit during a recent interview with a British publication.

However, if you’re a regular NCIS watcher, this news might not be so shocking. In episode two of this season, Gibbs questioned Tony asking him why he’s still there. After all, once upon a time, Tony turned down the chance to lead his own team. “Either you’ve got a reason or you don’t,” said Gibbs. It seems like Tony’s contemplating his personal and professional life as well as his future.

Recently, he achieved some semblance of closure with Jeanne Benoit, the woman he fell in love with during his Season 4 undercover mission to get close to her father, the arms dealer known as La Grenouille. After she accused him of murder in Season 5, Tony dealt Jeanne a devastating blow. When she asked him if what they once had was real, he lied and said, “No.” Earlier this season, the two reunited to save her husband, and as a result, they worked through their conflict.

This news also makes sense considering some of the moves Weatherly’s been making as of late. Last summer, it was revealed his production company is producing a pilot for the CW that’s a gritty adaptation of Louisa May Alcott’s classic novel, Little Women. Then in October, DeadlineÂ reported the actor finally obtained agency representation when he signed on with WME. And in December, the actor mysteriously tweeted about what it means when you can’t stop listening to Peter Gabriel’s “Solsbury Hill.”

What does it mean when you can’t stop listening to Peter Gabriel’s “Solsbury Hill” https://t.co/aXd0mFWEXv

According to Wikipedia, Gabriel wrote it after leaving Genesis, a group he had been with since the beginning. The singer apparently once said of his hit song, “It’s about being prepared to lose what you have for what you might get…It’s about letting go.”

The big question now that the news is out: What will Weatherly’s exit look like? Will DiNozzo become the lead agent for another NCIS team in another city or country? After all, he’s been Gibbs’ number two for a long, long time. It’s time for a promotion. Will he leave NCIS altogether? Try civilian life out for size? Or go to a different agency? Will he find the right woman and what woman would that be? Zoe? Ziva? Or someone new?

It would be nice for Tony to be happy and, hopefully, his departure won’t be tragic. The character’s been through a lot over the years. He’s been kidnapped, contracted the plague, lost Kate right in front of his eyes. He has been accused of murder a few times, had to deal with losing women who were very special to him, and he’s had to work through a plethora of issues with his conman father. Recently, he killed the man behind Gibbs being shot. Plus, DiNozzo has always been the go-to guy for all those Gibbs slaps.

For NCIS fans, this is a big deal. You get used to an actor and a character and would like them to always be there. But you want what’s best for that actor as well. While this news is incredibly sad, it’s going to be exciting to see what becomes of Tony as well as find out what’s ahead for Michael Weatherly.

How do you want DiNozzo’s story to end?