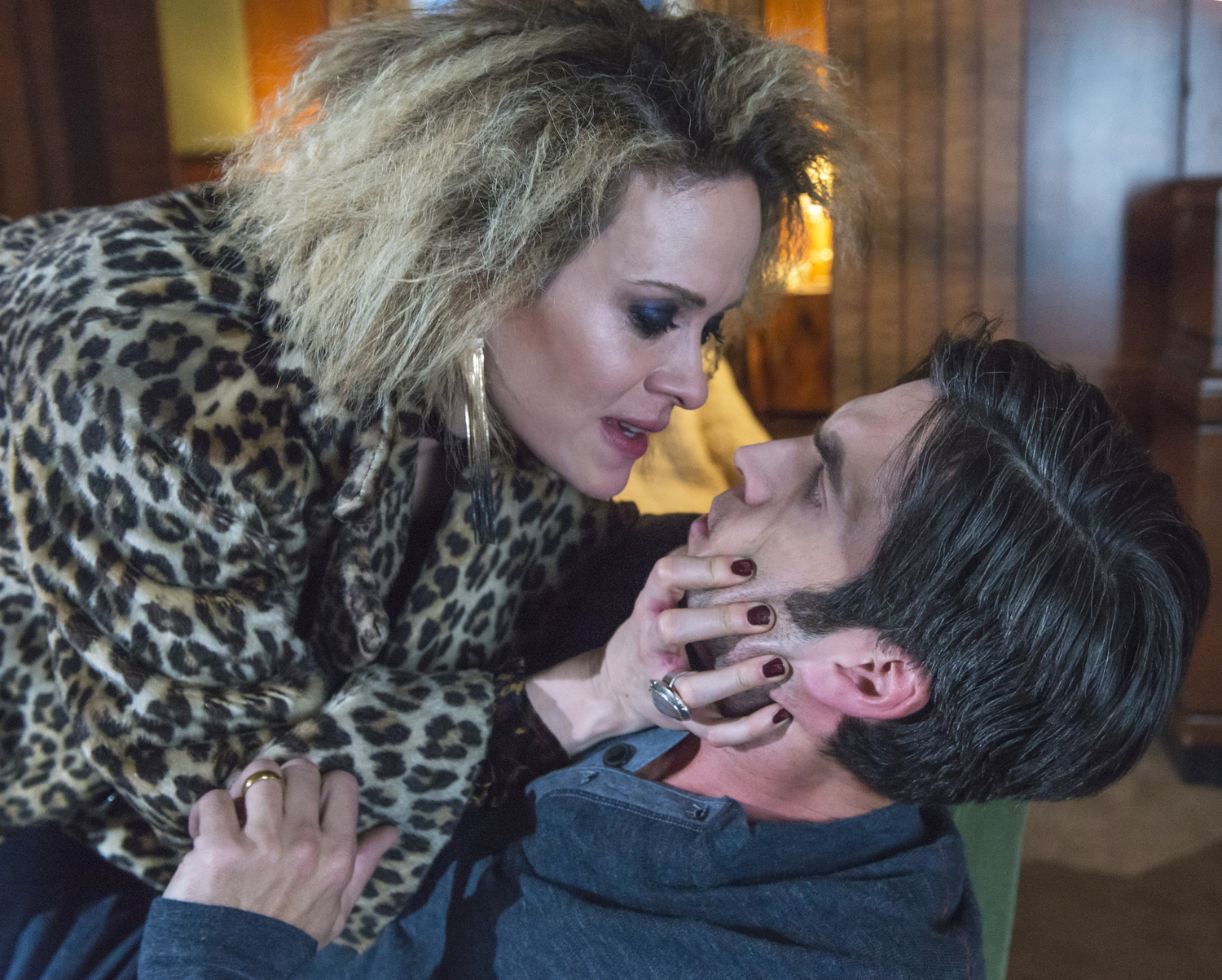 Watching American Horror Story: Hotel is like hanging out with that good friend whom you love, but can’t seem to comprehend the life choices they make. The latest episode, “She Gets Revenge,” managed to make me smile, scratch my head in confusion, and wonder why Matt Bomer doesn’t just dance to “Hotline Bling” in everything he does.

The bizarre love story of The Countess and Donovan isn’t as compelling as the writers would like us to believe it to be. One aspect of the series that always leaves me unsatisfied is the introduction of characters and plot lines one minute and then throwing them to the waste side the next. What was the point of bringing back The Countess’ first love, Rudolph?

I understand Donovan’s desire to kill him, and I even understand his twisted display of devotion by kneeling in front of The Countess prepared to die so he could prove how much he loves her. What I don’t understand is how quickly The Countess wasÂ swayed by Donovan’s misguided devotion. She finally got her true love back only to see him murdered by her current lover.

The Countess wasÂ so enchanted by Donovan’s eagerness to die for her that she seemed to forgive and forget his actions in all of a minute. Her reaction didn’t seem to fit with the character we’ve come to know this season. At least we got to watch Donovan dance to some “Hotline Bling”Â in a very random, yet fun scene. Thank you, Ryan Murphy, for giving us this beautiful moment.

Anyway, The Countess and Donovan’s moment of love was cut short as Iris and Liz busted into the room guns blazing. Earlier in the episode, Iris and Liz decided to end their sad lives together. They just had to wait until Liz could get some closure with theÂ son she abandoned. Denis O’Hare has played Liz so beautifully. The show rarely has tender moments, but Liz’s meeting with her son was wonderfully done.

It was also nice to see that her son wasn’t close-minded about his father’s appearance. He even wanted Liz to be a part of his life now. For a minute I was worried her son was going to be killed, which would have been devastating. It’s a character like Liz that is able to bring such tenderness to a show that’s so often filled with death and sadness.

Poor Iris was all ready to die, but once again was disappointed. However, Liz was right; Why should they be the ones who have to die? They love the hotel and should take it for themselves. It’s nice and all that they want to turn it into a beautiful place full of hope, but there has got to be too much bad juju in there.

Their decision to take out The Countess and Donovan was an inspired moment, but I hate the fact that the promo for the next episodeÂ gave away the results of the shootout. That was a great cliff-hanger, but now I’m less excited to see the aftermath. I’m not that crazy about Iris, but I hope Liz makes it out of this season alive. She deserves to find her happy ending.

Someone who I don’t predict will have a happy ending is John. Our crazy detective has now accepted his murderous side. However, there seems to be two parts of his psyche that want different lives. On the one hand, John craves the life he had with his family. He yearnsÂ to be reconciledÂ with Alex and for them to return home with their two children. Side note: At least John and Alex admitted what horrible parents they were for forgetting about their daughter. Way to state the obvious. End side note.

Then there’s the other side of him who craves the sex, drugs, and drama with Sally. His resolve didn’t seem too strong as he kept almost giving into her sexual persistence. JohnÂ managed to walk out of theÂ hotel with Alex and Holden in tow, but he also got a frightening threat from Sally that she would kill him.

Check out a sneak peek ofÂ the next installment titled “Battle Royale.”

Lucifer Isn’t Keen at First to “Welcome Back Charlotte Richards”