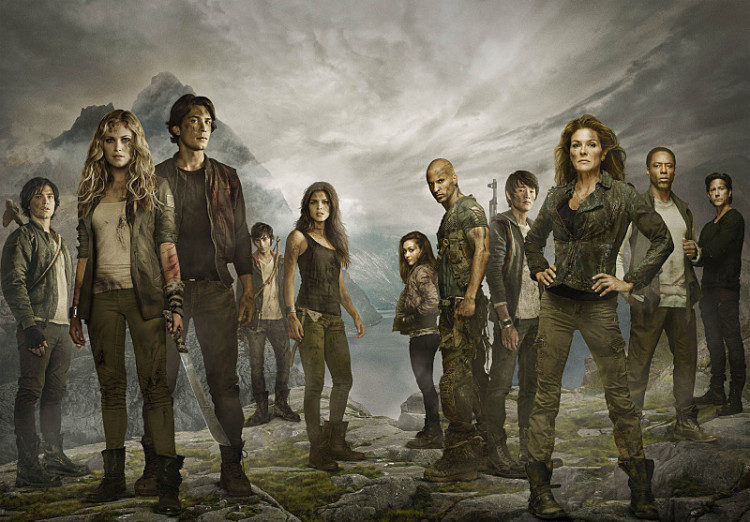 WARNING: Spoilers for The 100 Season 3

The trailer for the third season of the CW’s The 100 is out and it’s dark, intense, emotional and epic — all terms frequently used for the show. But it feels different. Like in a multiply the intensity and darkness by infinity kind of way.

These characters have been through a lot. They’ve lost a lot. They’ve had to make the most difficult decisions in the most difficult of circumstances. They’ve had to deal with the consequences of those decisions and their actions. Those experiences will inform what they do from here on out. And that’s exciting. Can the show top its first two seasons? After watching the trailer, we think so. But see for yourself:

Random (and slightly incoherent) Thoughts on the Trailer

-There are scenes featuring Clarke and Lexa as well as Clarke and Bellamy. We approve.
-What happens that Bellamy and Octavia — brother and sister — are on opposite sides?
-What kind of work are Jaha and ALIE up to?
-So excited about Michael Beach joining the show. He looks fierce.
-“I’m not fine!” Monty showing emotion gives us life. Hopefully, he has a nice arc in Season 3.
-Jasper’s hair. Most of it’s gone. And he’s crying. It’s amazing to see what being down on earth has done to Jasper. The weight of what’s gone on has affected him.
-Raven: “What if I’m just broken?” Does she mean physically or emotionally or both? Don’t know how any of these characters can go through what they’ve gone through and not be broken.
-A Roger Cross sighting. Is he on every show that’s shot in Vancouver? If yes, we approve. That was him, right?
-ALIE shows some emotion — she actually looks human. There’s some sort of origin backstory we’re going to get, we suspect.
-Was that Abby and Kane kissing? Whoa.
-Does Clarke turn into a red-head at some point in Season 3? Not sure if that was her.
-Looks like Lincoln’s walking away from something/someone. What does that mean?
-“No One is Safe” — we know that. But how destroyed are we going to be by the end of Season 3? We want to know. So we can prepare ourselves.
– Looks like in the battle of Octavia versus Bellamy, Octavia beats the you-know-what out of her brother. Talk about the character that’s changed the most from Season 1. Love that.
-“You’re dead to me.” Possibly the most chilling moment in the trailer. Gotta say.

For two seasons, the refugees of The 100 sent to Earth have been at war. First with themselves, then with the Grounders, and finally with Mount Weather. Many have lost their lives along the way. All have lost their innocence. They have learned the hard way that in the fight for survival, there are no heroes and no villains. There is only the living and the dead. But now the war is over. The battle against Mount Weather has been won. The prisoners have returned home to a world seemingly at peace, but can they find peace within themselves after what they had to do to escape? And is there more to life than just surviving? Unfortunately, their newfound sense of normalcy will be short-lived, and their lives will be changed forever, as threats both old and new test their loyalties, push them past their limits, and make them question what it truly means to be human. First, they fought to survive. Then, they fought for their friends. Now, they will fight for the human race. Based on the book series by Kass Morgan, The 100 is from Bonanza Productions Inc. in association with Alloy Entertainment, Warner Bros. Television and CBS Television Studios, with executive producers Jason Rothenberg and Leslie Morgenstein (The Vampire Diaries).

What’s even more exciting is that The 100 is set to air on Thursday nights after DC’s Legends of Tomorrow — a series that has been creating buzz like nobody’s business. This epic combo premieres Thursday, January 21. Legends airs at 8/7c and The 100 follows at 9/8c. If you haven’t discovered this show yet, what are you waiting for? You’ve got a little more than a month to catch up on the first two seasons. We highly recommend the ride.