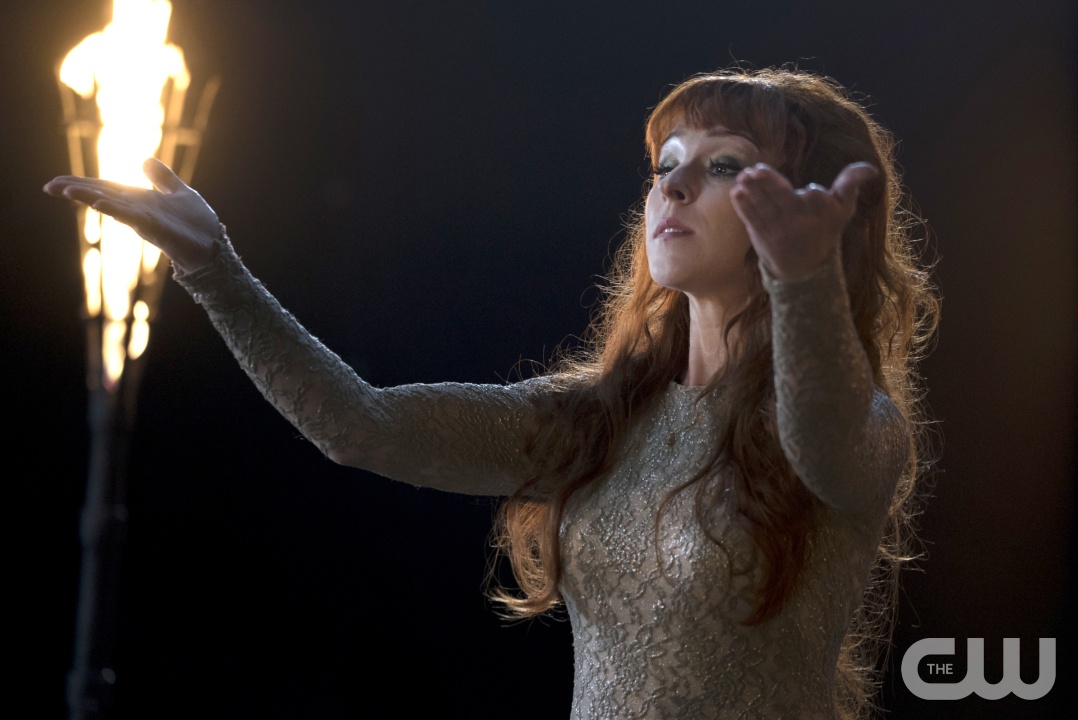 On the CW’s Supernatural, Rowena has been MIA for a while. Tonight she’s back in the show’s Winter Finale.

This season, Sam Winchester is having visions that include his former hellish residence — The Cage. If those visions aren’t from God, he’s going to find out who’s responsible for them. Looks like he enlists the help of Crowley and a reluctant Rowena.

Synopsis for “O Brother, Where Are Thou?”

Amara (guest star Emily Swallow) unleashes her power on the local townspeople as she issues a shocking challenge. Dean (Jensen Ackles) tries to better understand the hold Amara has on him, while Sam (Jared Padalecki) and Crowley (Mark Sheppard) come up with a plan that could have disastrous consequences.

In an interview on the set of Supernatural in Vancouver, Ruth Connell couldn’t say much about what happens in tonight’s episode but she teased it a little. Plus she talked about:

And heads up: she does a couple of quick impressions of Jensen and Mark. It’s clear Connell loves being a part of this series.

The Supernatural winter finale airs tonight at 9/8c on the CW.

Altered Carbon Preview: “In a Lonely Place” and “Force of Evil”