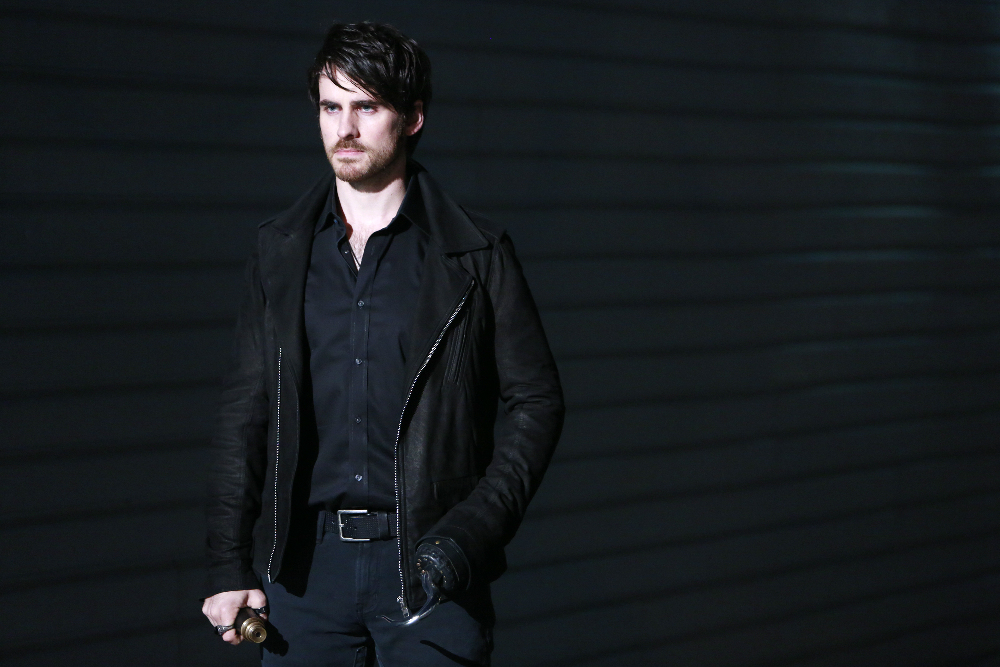 With the ongoing struggle against the darkness nearing its end, this episode promises to be a significant one. With memories returned and Emmaâ€™s plan revealed, she has become the protagonist once again and Hook is the force to fight against. But not just Hook anymore, now itâ€™s every Dark One who ever existed, called up from the underworld.

In previous seasons we were shown a slice of Hookâ€™s past, and the loss of a brother that caused him to turn to piracy. This week we see farther into his tortured life, and the father who abandoned him. Young Killian put a lot of faith in his father, only to find out that Daddy dearest looks out for Number One first. He sold his own children for the price of a dory in an attempt to avoid prison. Then, conveniently, he was put under a sleeping curse so he is still available a century later when Hook comes looking. Dad is such an accomplished manipulator, he spins a tale of love and transformation that has Hook ready to forgive him for all he has done. But forgiveness stretches only so far, and when Hook witnesses Daddy giving a very familiar pep talk to a youngster who carries his brother Liamâ€™s name, Hook realizes that this man did not deserve the do-over he was given. Bye bye Daddy, and good riddance.

The Dark Ones who have returned from the Underworld want to stay, and the only way to do that is to trade places with a living soul. Hook offers up the souls of Emmaâ€™s family, even Henry. Zelena makes the contribution of Robin and Regina, so she can get her daughter back, and Rumple and the Dwarves fill the extra spaces on this underworld cruise. Somebody has to make the trip, and Kharon the Ferryman will take anyone who bears his mark.

Regina is understandably irritated at the sacrifice Zelena has forced her into, and so she takes matters into her own hands. With a renewed sense of self-confidence that she found in Camelot, she uses the Apprenticeâ€™s wand to banish Zelena back to Oz. No doubt we can expect a triumphant return and battle for the baby in the future. Zelena is not one to go quietly.

Emma knows that with Excalibur she can terminate the darkness just as she planned to do before. She retrieves the sword from Rumple, not realizing that he has tainted it for his own ends. But before she can perform her act of self-sacrifice, Hook stops by to snatch the sword, using the image of Henry as a cruel-hearted trick. So, as usual, the band of heroes find themselves facing the Ferryman with no hope, no plan, and no ace in the hole. The group of Dark Ones stand to get their every desire, except that Nimue canâ€™t let well enough alone. She denies Emma the chance to speak, also the chance to breathe, which gives Hook the motivation he needs to realize he still cares. Hook then uses Excalibur to hijack the dark power, taking Emmaâ€™s plan of self-sacrifice as his own.

With Hook dead and everyone else safe, it would seem to be a happy ending. But of course Rumple couldnâ€™t let things lie, and so he steals the dark power for himself. Not just the power of one, but the power of all the Dark Ones now belongs to him. Yet another reset back to the way things once were, right down to having Belle back and ignorant of everything. After all this talk of searching for a happy ending, Rumple has purposefully chosen to turn his back on the chance he has been given and embrace the darkness once again. Itâ€™s frustrating to watch his self-destructive tendencies in action. Any other person would have taken the clean heart (thanks to Emma), the repaired leg (thanks to Hook) and the heroic nature (thanks to Merida) and considered themselves fortunate to have received a true second chance. And yet, after all he has been through, all he seeks is the power. There is no longer any hope that Belle can tame this beast.

Moment of Goodness: So long, sister

In the past, there was a very good chance Regina would crush the heart of her enemy. That she chose to banish Zelena instead of killing her shows that Regina really has turned away from the darkness she once cherished. If thereâ€™s hope for her, thereâ€™s hope for us all.

Once Upon a Time returns with new episodes Sunday, March 6, 2016.

Supergirl Preview: "Human for a Day"

Lucifer’s Fall Finale Takes a Stab at “The Sin Bin”

Nashville “Nobody Said It Was Going to be Easy”