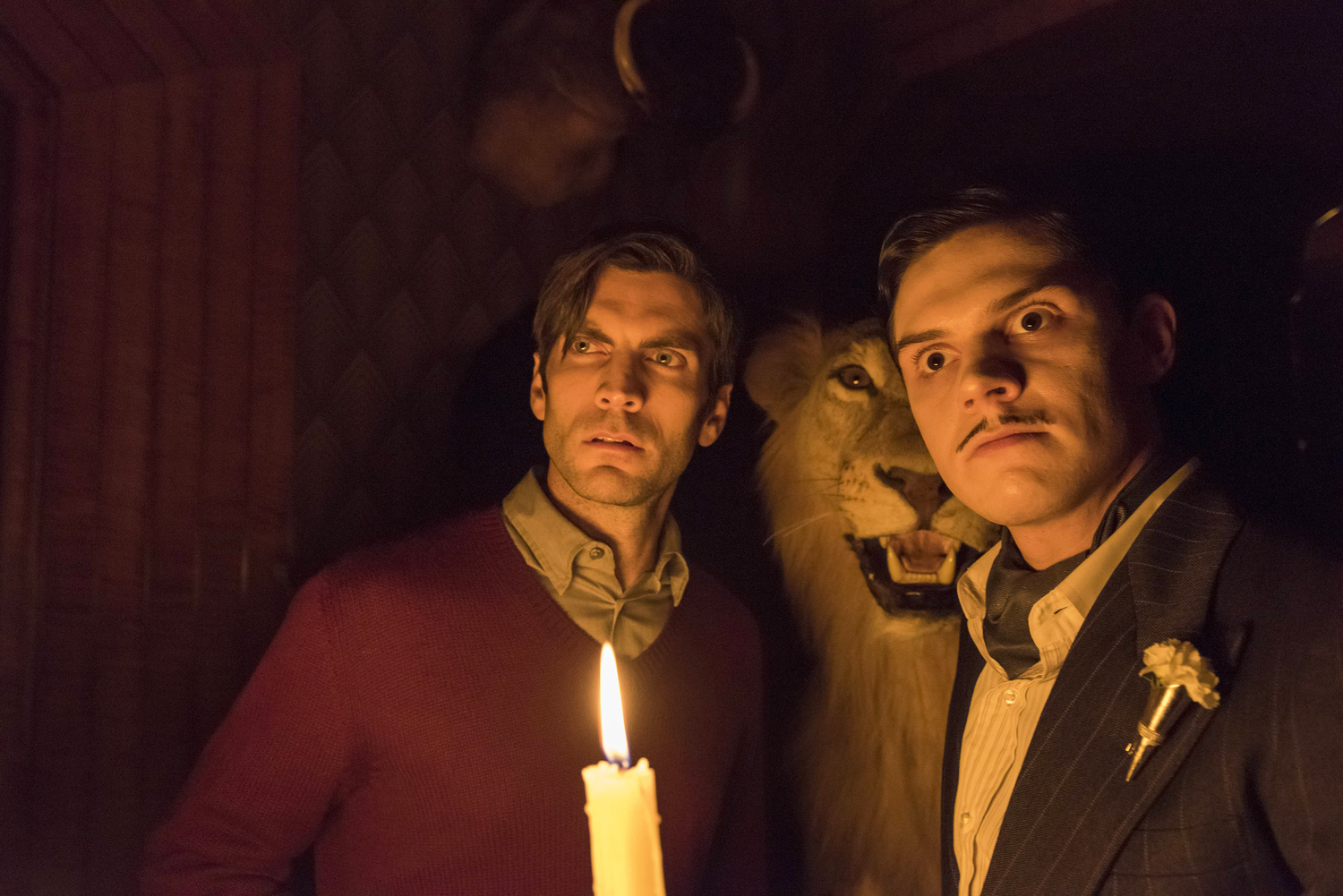 There are many ways to sum up an episode: thumbs up or down, star ratings, etc. Let me say I can sum up the latest installment of American Horror Story: Hotel, titled “The Ten Commandments Killer,” with a groan and an eye-roll. With a weak plot twist and a lack of logical explanation, the reveal of the killer felt tedious and boring.

If it weren’t for the inclusion of Mr. March, I probably would have fallen asleep during this episode. John Lowe has been one of the least interesting characters to follow this season, so an entireÂ hour that focused on him made me want to play games on my phone while watching. I NEVER do that!

Was anyone surprised that John turned out to be the killer? No one? That’s what I thought. At this point in the season, no other character would have many any sense since we’ve seen John unravel more and more each week. While there doesn’t always need to be a plot twist, I feel like this reveal should have been far more shocking.

Even when there is a plot twist, there should always be breadcrumbs to lead you back and make you go, “Oh, I didn’t even notice that the first time I watched it.” Most fans of the series figured it was John simply because of his obsession with the case, his loss of mental stability, and frankly, it’s the obvious choice. Watching the flashbacks that explained how he became the killer felt forced and most of what was shown didn’t make any sense.

Why couldn’t John remember his various encounters at the Hotel Cortez over FIVE years? Why did he have a darkness inside him that March was able to sense? Why did Alex not do anything about her husband’s days on end disappearances? Why hasn’t she said anything about them in her scenes with him? Why the Ten Commandments? Neither March nor John seem like religious men, so why the allegory? How come John suddenly remembered everything that happened?

Those are far too many questions to be left with after watching an episode where answers are meant to be given. It makes sense to me now why March was so fixated on him during his dinner party, but that’s about it in terms of some resolution to my questions. Even in a show as crazy as this one, there needs to be some narrative cohesion.

When I first started this season, I was convinced Lady Gaga would be the biggest issue. I was completely wrong. Her character hasn’t been overused, and she’s doing a fine job with the acting. I like Wes Bentley, but there’s something about his portrayal of John or the way the character has been written that just doesn’t work. He’s not interesting enough or sympathetic enough to care about his journey.

John has two more kills he needs to make before the end of the season, and I just don’t really care. The other plot lines are far more entertaining. I just hope this Ten Commandments Killer storyline wraps up in a way that isn’t a complete mess.

Check out a sneak peek of the next installment titled “She Wants Revenge.”

The Times (and People) are a Changin’, Arrow “Lost in the Flood”