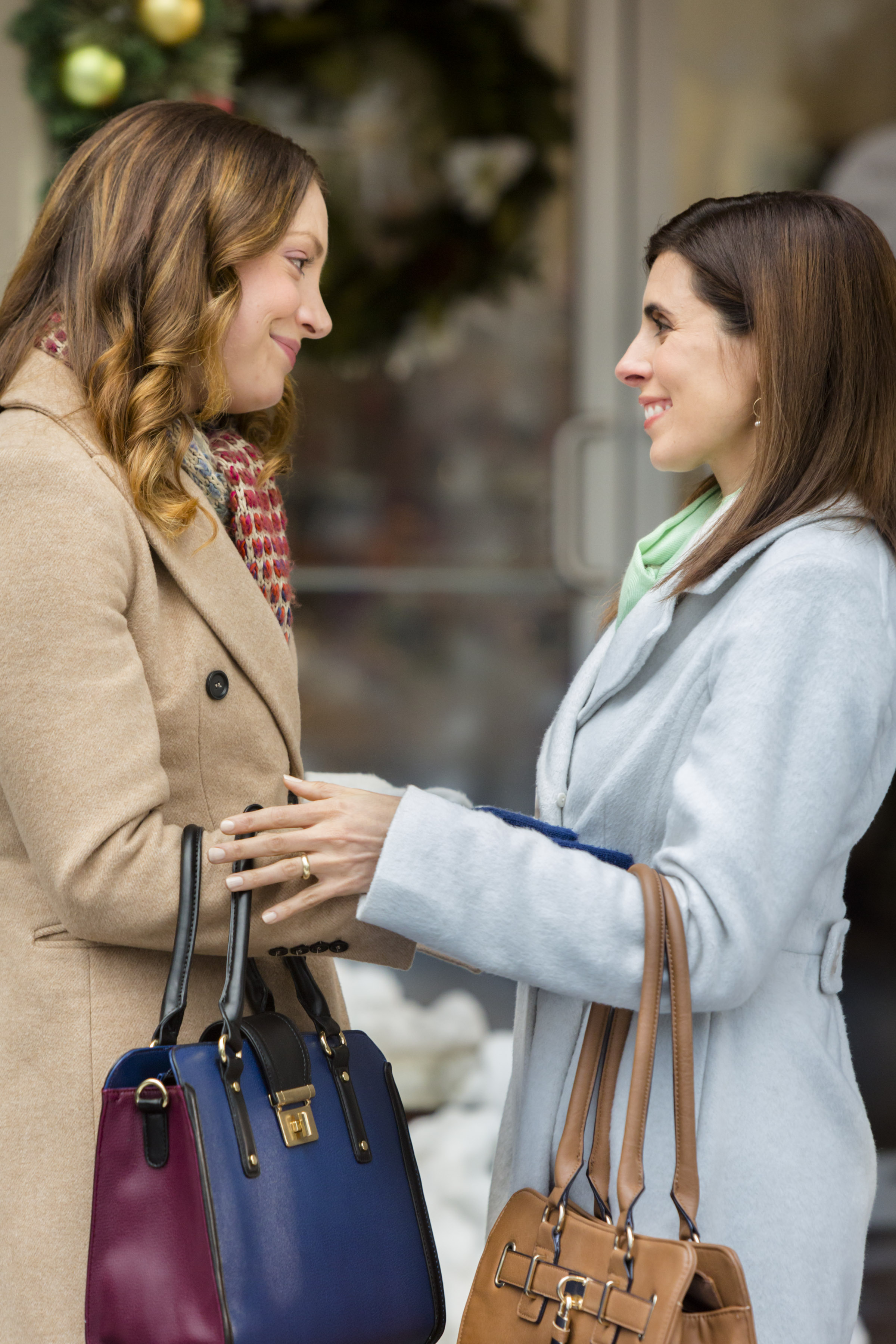 We are currently knee deep in the holiday TV movie season. Tonight on Hallmark Movies & Mysteries, Jamie-Lynn Sigler stars in TheÂ Christmas Note. This is a movie thatÂ focuses on important words that start with the letter “F”: Friends, Family, and Forgiveness.

Having just moved back to her hometown without her serviceman husband but with her young son, Gretchen Daniels finds her life in disarray as Christmas approaches. But she discovers new purpose when she helps to deliver a message to her neighbor, Melissa, which makes her an ally in the quest to find the neighbor’s sibling she never knew she had. The women become bonded not only by the searchÂ but by the understanding that being there for each other means they’re no longer alone. This friendship becomes the greatest Christmas gift of their lives.

What I really love about this film: 1. That friendship is at the heart of this message. One woman’s life is clouded in darkness and negativity. She’s closed herself off to everyone. But her new neighbors won’t adhere to the walls she’s built. They do their best to break through those walls and include her in their universe. It’s just the thing she needs to change her own life. 2. The cast is really great. I found myself recognizing a lot of the actors in The Christmas Note, which added to my enjoyment (more on that in just a bit). 3. There’s a happy ending. Of course there is. It wouldn’t be a Hallmark project without one. But, still, I enjoyed the nice and tidy ending. 4. As predictable as I expected the movie to be, it did make me guess a couple of times. And that’s a beautiful thing. I appreciate the fact that the mysteries at the heart of TheÂ Christmas Note kept me intrigued.

Leah Gibson (Melissa): Gibson’s resume features a ton of TV credits like the one and only season of A&E The Returned, The 100, Girlfriends’ Guide to Divorce and iZombie. Since The Christmas Note was shot in Canada, it’s no surprise to learn that Gibson appeared in an episode of the CW’s Supernatural. In fact, there were several actors in the cast who guest starred (or are about to guest star) on the show.

Dylan Kingwell (Ethan): Kingwell plays Sigler’s son, Ethan. He’s also starring in another holiday flick called Ice Sculpture Christmas (check your local listings). And for Supernatural fans, here’s a heads up: You might want to tune into the next episode of the series. According to IMDB, on Dec. 2, he’s going to play Young Sam Winchester in an episode called “Just My Imagination.” Kingwell is excellent in The Christmas Note so I imagine he’ll be just as awesome as Colin Ford was in flashbacks as the kid version of Jared Padalecki’s Adult!Sam.

Other actors from The Christmas Note that have also starred on Supernatural: Lynda Boyd (“Pac-Man Fever”),Â Barclay Hope (“Tall Tales” and “There’s No Place Like Home”),Â Gillian Barber (“Faith”) and Jessie Fraser (“Holy Terror” and “I’m No Angel”).

Lochlyn Munro (Gretchen’s boss): Munro is a TV vet that’s starred in everything from 21 Jump Street to a syndicated series I adored called Two to Charmed and Arrow. I also have to acknowledge a movie that he co-starred in that’s a hidden gem. If you guys get the chance, please buy or rent a film called Rock My World. It was also known at one point as Global Heresy. It stars Alicia Silverstone, Peter O’Toole and Joan Plowright and is about an American rock band that seeks haven at a British mansion after their lead singer disappears during their European tour. I rented it on a whim one day and it quickly became one of my favorite flicks. I highly recommend it. Munro plays the drummer of the group. It was pretty much a direct-to-video kind of thing, but I loved it anyway.

Greg Vaughan (Kyle): Vaughan is one of my favorite actors. Right now he’s playing Eric Brady on NBC’s sole daytime soap opera, Days of our Lives. In 2016, he’s guest starring on a new FOX TV series, Lucifer. Over the years, he’s appeared on The Young and the Restless and General Hospital in addition to Days. In primetime, he’s appeared in the original Beverly Hills 90210 as well as its 2010 reboot. You’ve seen him on Charmed, Extant and GCB. Hallmark audiences should know him, too. A couple years ago, he starred opposite Alison Sweeney in Hallmark Channel’sÂ Second Chances. Vaughan recently told us that The Christmas Note is the perfect Hallmark movie (he talks about it around 8:33):

Based on the New York Times Bestselling novel,Â The Christmas Note premieres tonight at 9/8c on Hallmark Movies & Mysteries.

The Flash Preview: “Family of Rogues”