The Walking Dead “Heads Up” 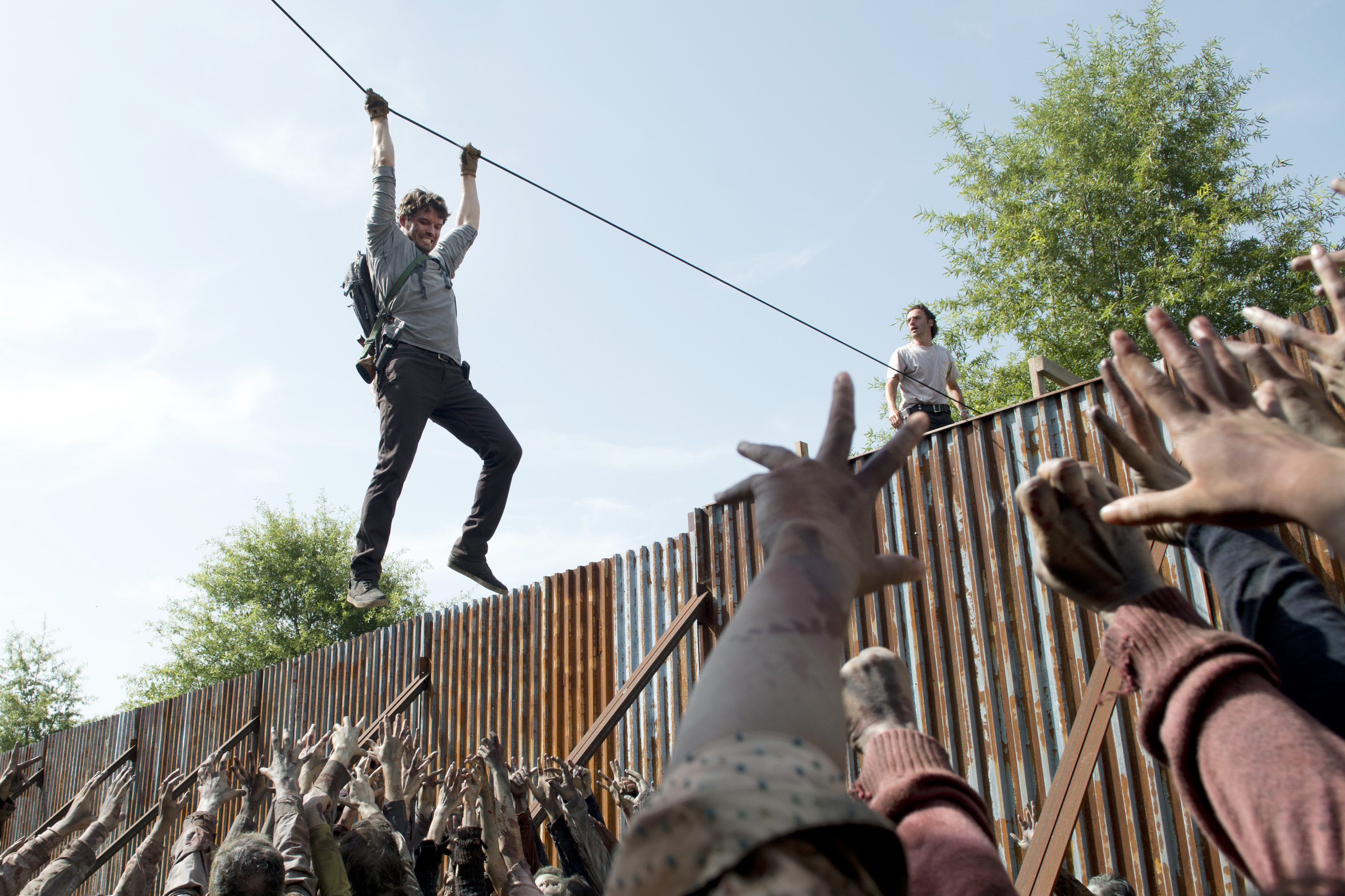 After what felt like an eternity, the question of Glenn’s fate was finally revealed in the latest installment of The Walking Dead titled “Heads Up.” While I find having to warn people about spoilers a nuisanceÂ (because it’s not my fault you didn’t want the episode!), I will let you know now to stop reading if you haven’t watched yet. Okay, you have been warned.

Like most fans suspected, Glenn survived his tumble into the walkers. While, I’m overjoyed to see the noble Glenn alive and kicking, I have to nitpick for a second. I’m someone who pays close attention to detail, and Glenn clearly fell with his head away from the dumpster and his feet toward it. However, as Nicholas’ body is being torn apart on top of him, Glenn’sÂ body is somehow turned around and his head is now closer to the dumpster allowing him to drag himself underneath for safety. When the hell did this switch happen? There’s no way he could have landed in that direction the way the fall was filmed. Ugh!!!

Alright, I’m done complaining. Now onto the rejoicing. YAY!!!! Our favorite pizza delivery boy turned heroic man and father to be will live to fight another day. Steven YeunÂ delivered a fantastic performance. I could do without Enid, but her scenes with Glenn allowed Yeun to explore the fatherly side to Glenn. While heÂ may have started out saying he would bring Enid back for Maggie, GlennÂ ended up needing to bring her back for himself.

Enid was acting out like a teenager would. She saw Alexandria’s safe walls begin to crumble and figured it was better to cut her losses and run. No sense in waiting for everyone she knows to die. Glenn knows better. Glenn reminded her that even though they will likely continue to lose people they care about, they have to keep on living. That’s how you honor the dead.

While they were able to make it back to Alexandria and signal their return via the green balloons, chaos was about to erupt in a big way. Earlier in the episode, Rick was in leader mode, overseeing the wall repairs, teaching Ron to shoot, and having an important conversation with Morgan. Rick and Michonne confronted Morgan about the wolves he let escape who almost killed Rick in the RV. Morgan explained his philosophy of all life being precious. As expected, they didn’t see eye to eye.Â Unfortunately for Morgan, Carol had discovered his hiding place and was demanding to know who was inside.

Next Rick had to deal with Spencer’s risky, high-wire act. I understand Spencer’s need to help, but his plan was just stupid. Spencer isn’t ready to make decisions like that. He doesn’t have the foresight to look at dangerous situation and see all the possible outcomes. He could have gotten himself and others killed. However, I didn’t think Rick’s anger at Tara was justified. Was she supposed to let Spencer die? I appreciated her giving him the middle finger. Rick deserved that one.

Even though it’s the zombie apocalypse, there still needs to be teenagers and their angsty emotions. Enter Ron and Carl. I hope no one was surprised that Ron started following Carl with that gun. It was obvious from the second Ron asked Rick for shooting lessons that he was out for Carl. This is what happens with you give hormonal teenage boys guns! Ron clearly takes after his old man. Such sweethearts those two.Â If you’re a fan ofÂ the comic books, you might be worried about Carl right now. Although, the writers could be doing a fake out, knowing this situation between Ron and Carl would get the fans talking.

Other thoughts and questions

Check out a sneak peek of the mid-season finale titled “Start to Finish.”

Thoughts and Questions on Revenge “Sin”

The Devil We Know: Lucifer’s Resurrection on Netflix and What Went Right