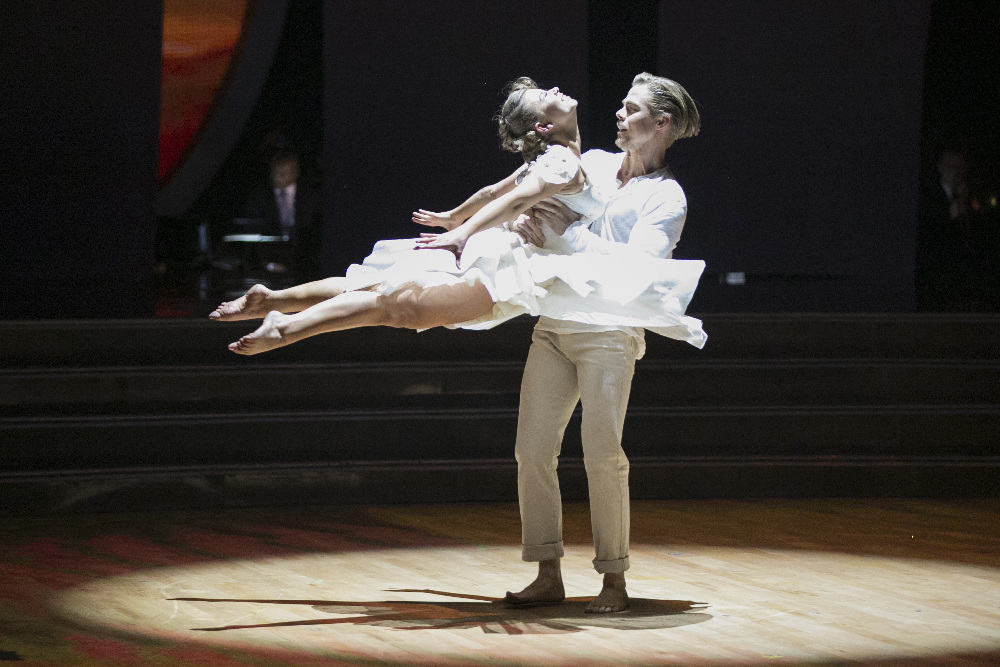 DANCING WITH THE STARS - "Episode 2111" - After weeks of competitive dancing, the final four couples advanced to the FINALS of "Dancing with the Stars" this MONDAY, NOVEMBER 23 (8:00-10:01 p.m., ET). The finalists competed in two rounds of dance. In the first round, one judge helped each couple choose the creative elements of each dance, which is a re-do to a new song. In the second round, in one of the biggest competitive dances of the season, the couples took on a freestyle dance featuring special effects, additional dancers and unexpected surprises. At the end of the night, the couple with the lowest combined viewer and judge votes from the previous two weeks was eliminated. (ABC/Adam Taylor) BINDI IRWIN, DEREK HOUGH

Itâ€™s the finals. Can you believe it? It seems like this season went super quick. It’s one of the tightest races in awhile. Â

The couples tackle two dances: Judgesâ€™ Choice and the Freestyle. We all know that the Freestyle is what makes or breaks who wins. Will the stars rise to the occasion?

Witney: â€œNothing worth having comes easy. Will Smith said that.â€
Erin: â€œWas it good for you, Carlos?â€
Tom: â€œSo involved with your sisterâ€¦.â€
Erin: â€œShe makes a cold sound magical.â€
Tom: â€œGreat, now weâ€™re all a mess.â€
Erin: â€œThis is my first time dancing with a Backstreet Boy.â€

Well someone has to be fourth place. The breakdown:

Who will win the Mirror Ball trophy? Itâ€™s anyoneâ€™s guess.

Next up: The contestants/pros have the 24-hour fusion dance to learn as I type this. It comes down to this!

Season 21 of Dancing with the StarsÂ comes to an end tomorrow night at 8/7c on ABC!

The Walking Dead "Heads Up"