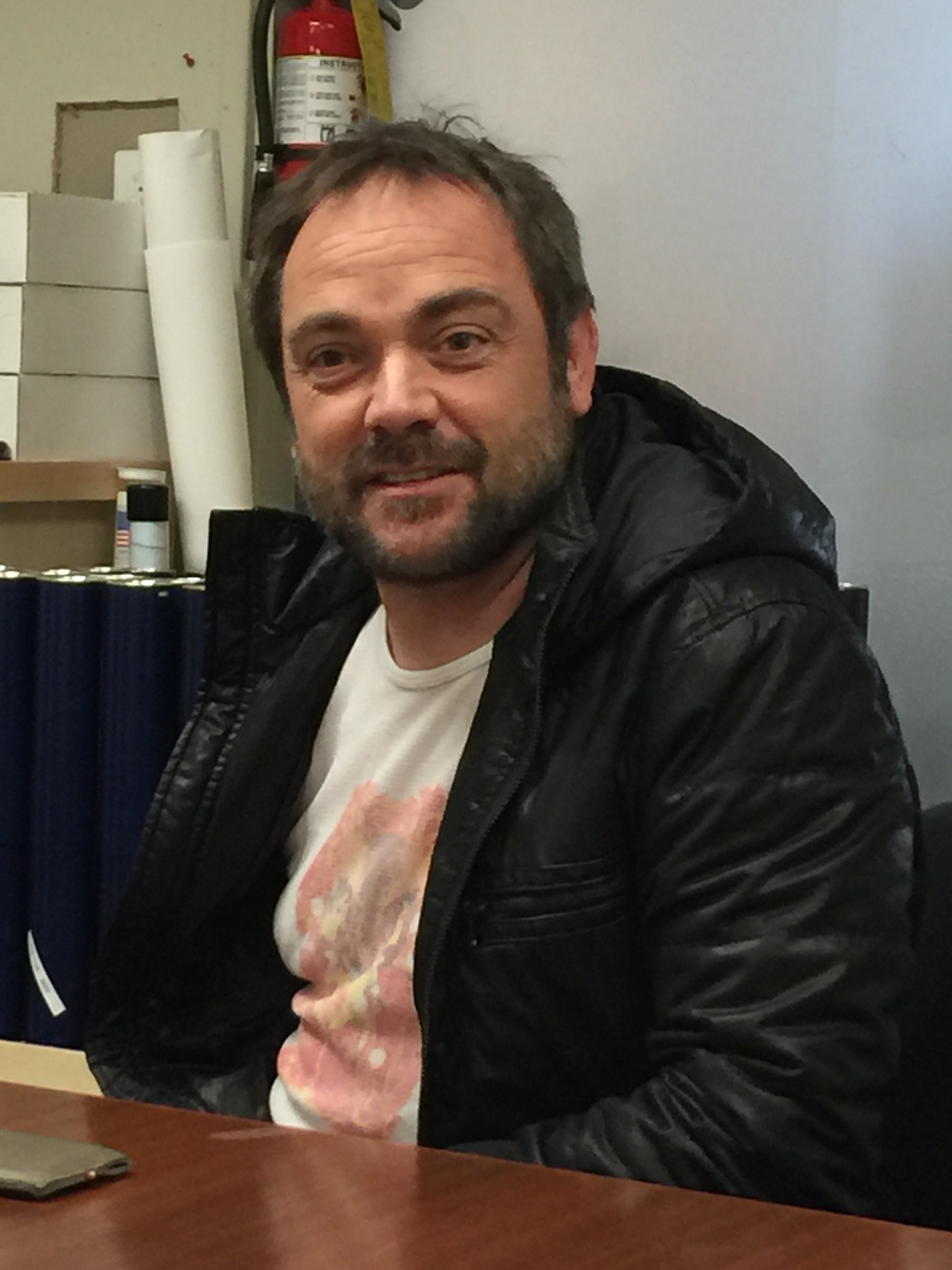 Last week’s Supernatural was brutal for the King of Hell. Crowley made the decision to overlook his bromance with Dean and he paid the price. He tried to hurt his former “howl at the moon” pal, which didn’t sit well with Amara. After all, she and Dean share their own strange connection. God’s sister viciously defended Dean. Yes, I said God’s sister. Can you believe it?

When TV Goodness recently visited the Vancouver studio where Supernatural shoots portions of their episodes, we took part in a group interview with Crowley himself, Mark Sheppard. It turned out to be a fun conversation in which the actor talked about Season 11 so far, including Crowley/Amara and “Baby.” He also chatted about Jensen’s driving and directing skills and he even mentioned the fact he’d like to direct an episode someday. Most of all, however, he gushed about being part of the show and the SPN Family.

Supernatural is all new tomorrow night. One of our favorite recurring guest stars returns for another round of saving people, hunting things. Sheriff Donna, Sam and Dean take care of the Winchester Family Business in an episode called “Plush.”

The Official CW Synopsis for “Plush”

I don’t know why but seeing theÂ killer bunny in the trailer makes me think of Season 4’s “Wishful Thinking.” Remember the giant suicidal teddy bear? ItÂ was genius thanks to Ben Edlund. It’s one of my all-time favorite thingsÂ in the history of theÂ Supernatural universe. Hmmm…Killer bunny vs. Giant Suicidal Teddy Bear. Which one will reign supreme? We’ll see.

Supernatural airs Wednesday nights at 9/8c on the CW.

Tuned In Exclusive: Into the West Composer Geoff Zanelli [INTERVIEW]