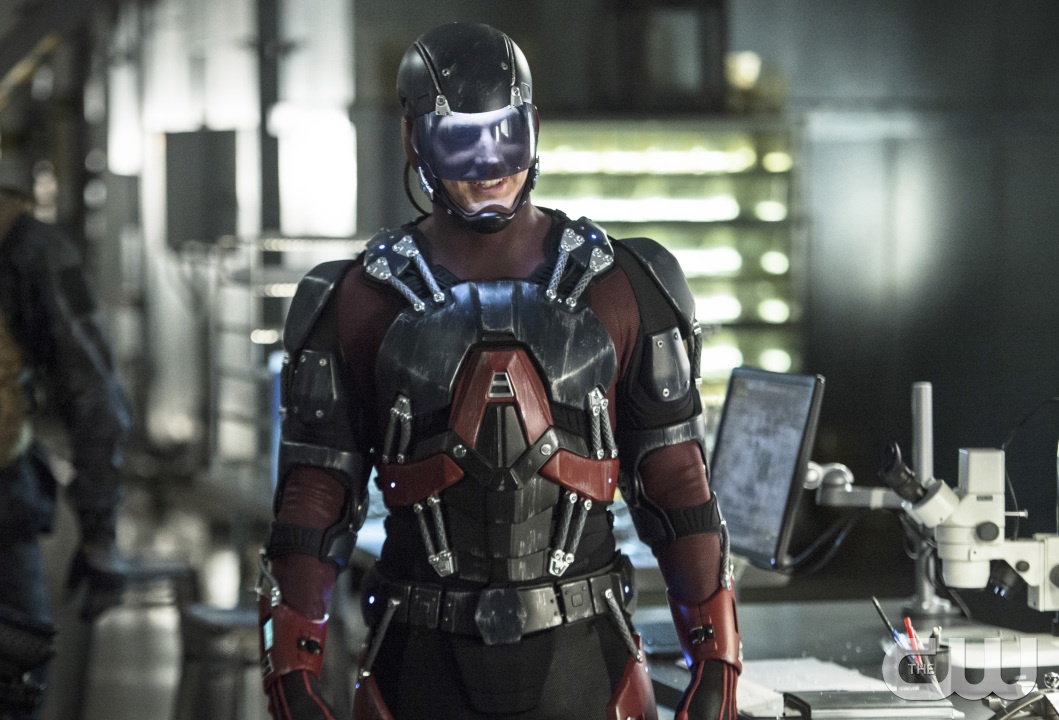 Now that Constantine’s come and gone, Sara has her soul back. What now? Will she be the same Sara before she woke up after her trip to the Lazarus Pit?Â What willÂ her transition into memberÂ of the Legends of Tomorrow look like? There’s also the matter of her future teammate, Ray Palmer. The show needs to Â deal with his situation, which is what they’re going to do tonight. Don’t worry. Felicity’s on the case.

RAY PALMER RETURNS FROM THE DEAD â€” Felicity (Emily Bett Rickards) is frantic when she learns that Ray (guest star Brandon Routh) is alive and being held by Damien Darhk (guest star Neal McDonough). Felicityâ€™s guilt over not finding Ray sooner causes tension between her and Oliver (Stephen Amell).

When TV Goodness was in Vancouver last month, we hit the set of Arrow to talk to the cast about Season 4. Here’s just some of the intel.

Emily Bett talks about Felicity’s mindset where Ray is concerned

Paul Blackthorne reflects on his character’s relationship with Oliver, Sara and Laurel in Season 4

He also plays coy when it comes to anything developing between Lance and Mama Smoak.

You can find the Stephen Amell interview here.Â Arrow airs Wednesdays at 8/7c on the CW.

Girls Preview: “Love Stories” and “I Love You Baby”