Dancing with the Stars “Season 21 Week 9” aka Showstopper Week 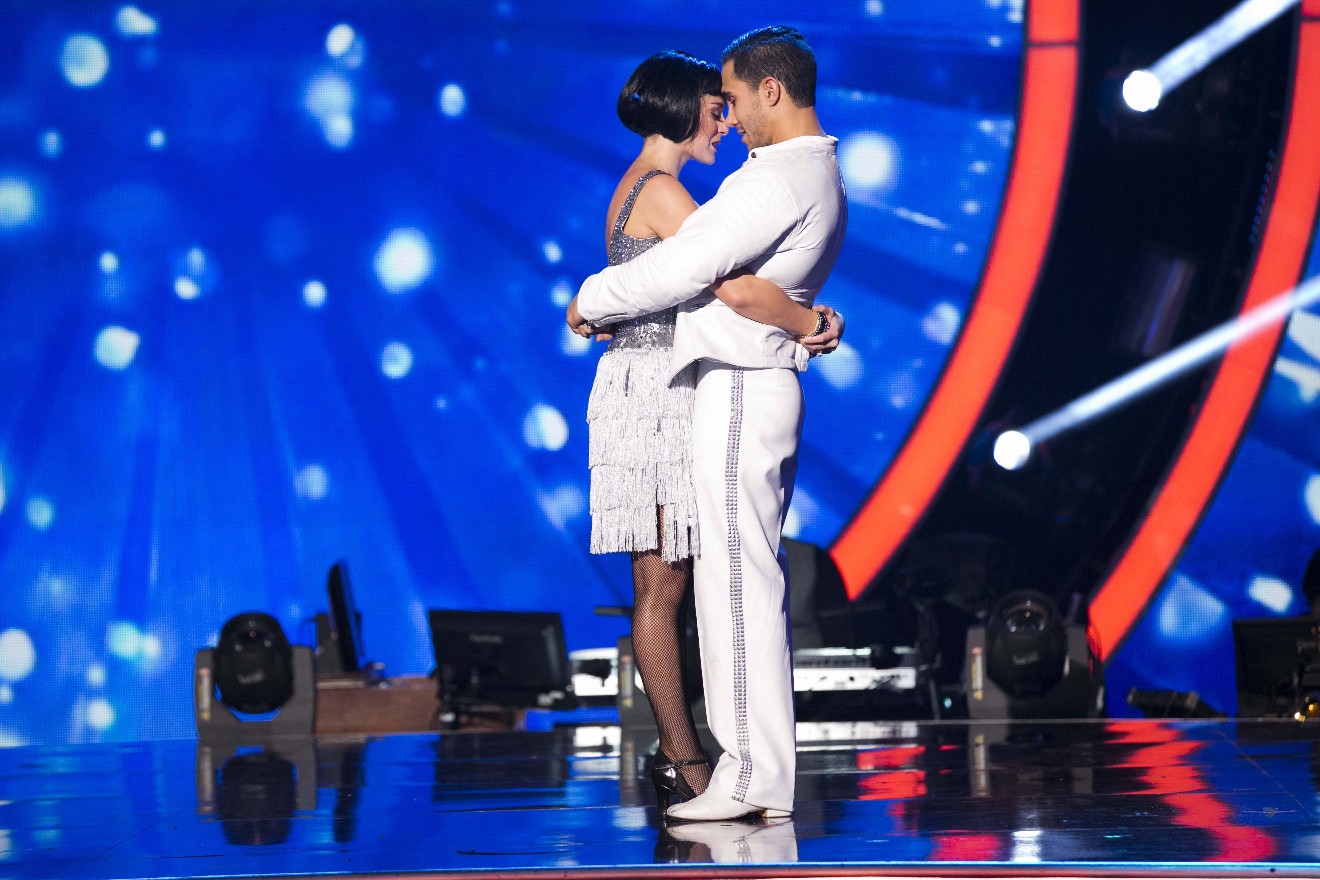 Wow, a very emotional night. Tamar was taken to the hospital during rehearsal. Would she make it back in time to dance? Who would go home? Busy schedules, pros doubting themselves…itâ€™s the week of everyone at a high-stress level! Here’s the breakdown of the couples:

I thought the dance was little flat for what it was supposed to be. The two guys could have been stronger. It was a bit of out of sync as Carrie Ann said.

It was definitely a showstopper! They were together and I thought I was watching a new version of Chicago. What a perfect team!

I canâ€™t believe that Tamar was in the hospital earlier in the day and then she was able to pull out all the stops for this dance. It was pretty incredible.

Both Carlos & Witney and Alexa & Mark were in jeopardy. It was sad that One-half of the married couple would be going home.

The eliminated couple: Alexa & Mark. I donâ€™t agree with this at all. It doesnâ€™t seem right.

Tom: â€œSee, Miami Vice was a show that was on before you were born.â€
Tom: â€œAnd Sasha, who took advantage of this waxing special.â€
Tom: â€œYou know what I loved just then? You started seat dancing with Bruno and then he was quite comfortable with caressing himself.â€
Tom: â€œErin wants to take a squeegee to ya.â€
Erin: â€œDonâ€™t touch me. I love you.â€
Tom: â€œFirst of all, what the hell were you thinking?â€
Tom: â€œThese lawyers, they’re such people persons.â€

As the season gets closer to the end who do you see going to the finals? Is your favorite still in the competition? See you next time!

Dancing with the Stars airs Monday nights on ABC at 8/7c.

Once Upon a Time "Nimue"

True Detective “The Secret Fate of All Life”