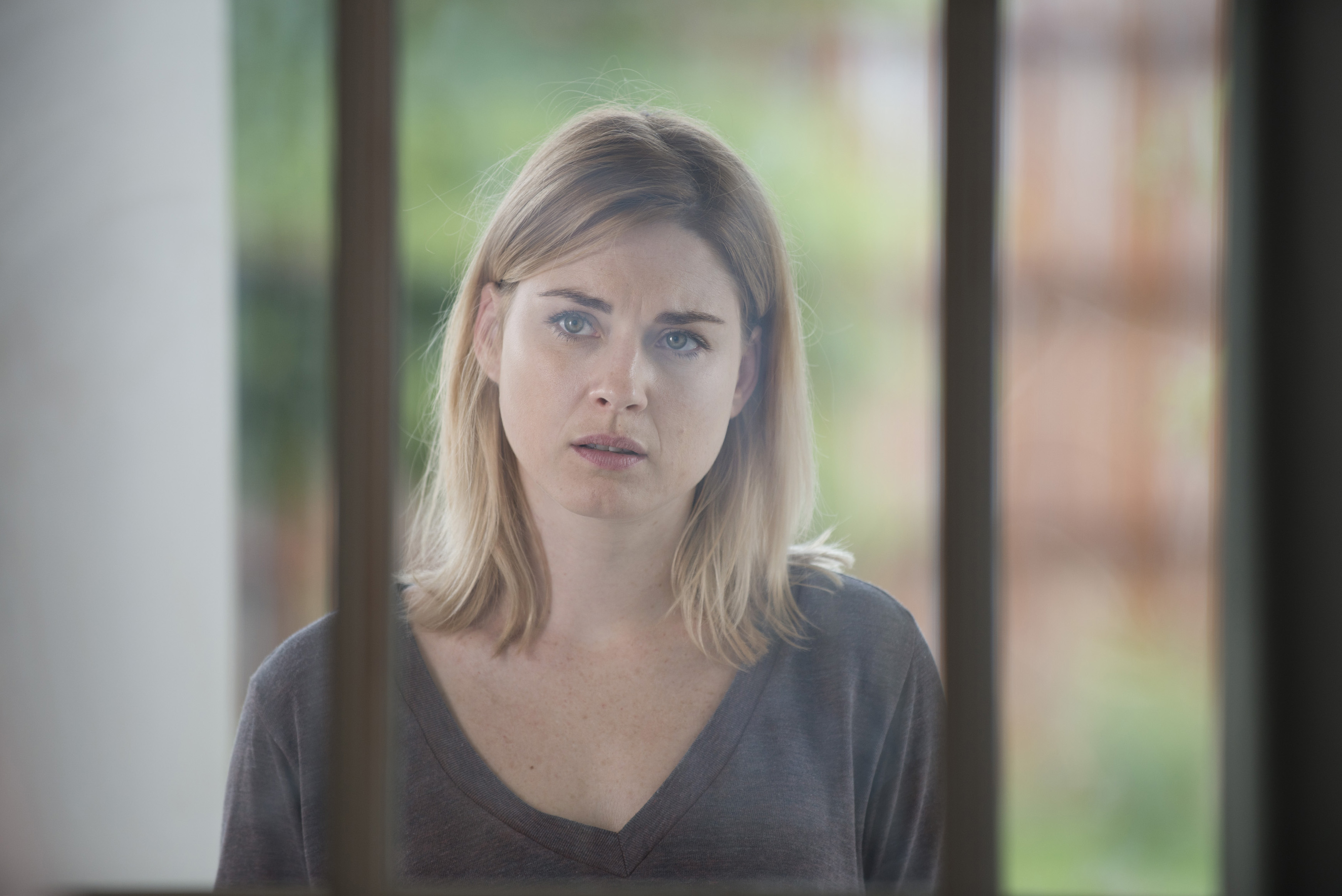 Rick made one hell of an entrance on the latest installment of The Walking Dead, titled “Now.” While the lack of explanation surrounding Rick’s escape from the RV made me roll my eyes, there was enough character growth and surprising bombshells to leave me satisfied.

After the brutal attack on Alexandria, Jessie was remarkably unemotional but pragmatic. She quickly removed the dead Wolf from her home and wanted to bury the body before being stopped by Rick. Frankly, I don’t understand Rick not wanting to bury the Wolves inside the walls. They can’t exactly go outside at the moment due to the walker herd, and they can’t leave the bodies above ground because they will rot and begin to smell, which will only attract more walkers.

Aside from cleaning up her home, she made a speech to her fellow community membersÂ about fighting to survive before putting down her neighbor who turned into a walker after killing herself. Jessie also shared her first kiss with Rick. After asking him if there was more to life than their current situation, Rick went in for the big smooch. This kiss has been slow-burning for a while now, and it’s about damn time!

Jessie and Rick weren’t the only ones to lock lips. Denise surprised Tara with a kiss after Tara spent time checking in on her. Tara told her she was brave to not give up during the chaos, but Denise was sure her patient wasn’t going to make it. Denise managed to save him after all and took a moment to breathe. Her kiss with Tara was unexpectedÂ but sweet.

It wasn’t all sunshine and rainbows for Deanna though. After Rick returned with a parade of walkers on his tail, Deanna seemed to go into shock. Deanna witnessed Spencer trying to stop everyone from raiding the town pantry. However, she was saddened to see that he stole some items for himself. In a drunken state, Spencer blamed Deanna for keeping everyone in a bubble of pretend safetyÂ as the world fell apart outside their walls. If they hadn’t been in denial, maybe Reg and Aiden wouldn’t be dead.

Deanna managed to snap out of it when a walker tried to attack her. She went to town stabbing the walker over and over again… just not in the head. Thankfully, Rick came to her rescue. Deanna finally figured out that the best way for everyone to stay alive was to letÂ Rick lead in his own way. Even though Deanna seems to be ready to accept things as they are, she also looked a bit unhinged by the end of the episode. I was practically yelling at the screen when she was banging on the gate at the walkers. Stop making so much noise, girl!

Aaron came clean to everyone about the part he inadvertently played in leading the Wolves to attack their home. When Aaron discovered Maggie was planning on going to find Glenn, Aaron insisted on coming along and showing her a secret way out of Alexandria. While in the sewers below the community, they came face to face with some seriously grossÂ looking walkers. Once they made it to the exit, they discovered there were walkers lurking around outside the gate. Aaron was ready to take them all out, but Maggie knew better and told him they were turning back.

Maggie’s sudden change of heart was for good reason, because she’s pregnant! Many fans of the series suspected Maggie was pregnant since the season premiere when Glenn told Maggie she had to stay behind in Alexandria instead of going to handle the quarry walkers. Maggie’s heartfelt reveal to Aaron was a wonderful moment to showcase the strength and vulnerability Lauren Cohan brings to the role. Maggie would continue to hold out hope for Glenn by erasing his name from the memorial wall some of the Alexandrians made.

Check out a sneak peak of the next episode titled “Always Accountable”:

Once Upon a Time "Nimue"

The Operatives "The Dolphin Rescue" Post Mortem with Pete Bethune

8 Moments of Goodness from The Last Ship “Alone and Unafraid”

The Strain “The Master”

Get With the Program: Lifetime’s Witches of East End

Too Much Chemistry: Ryan Hardy and Claire Matthews, The Following