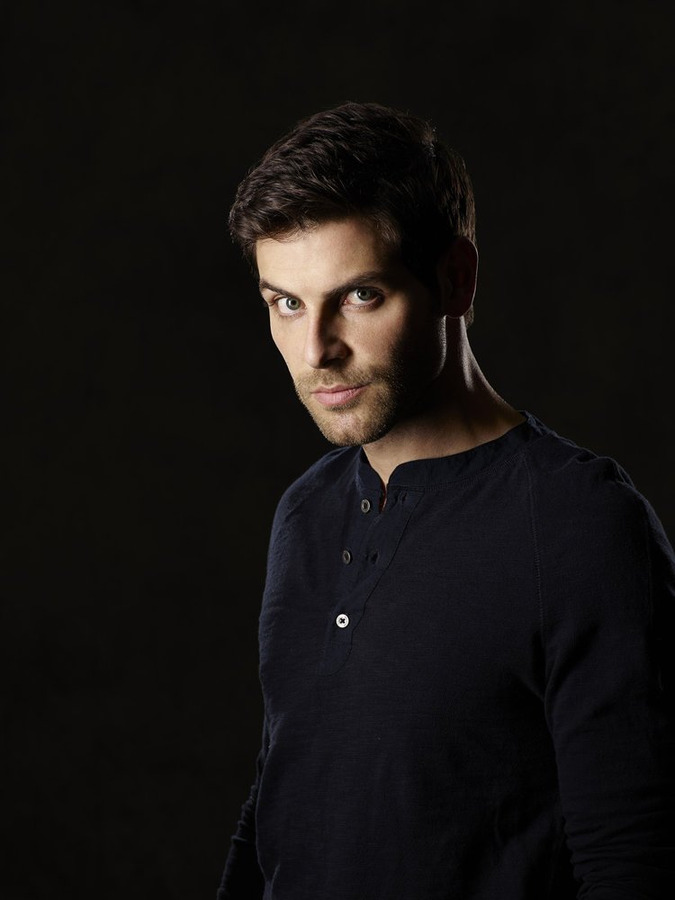 Last week, NBC’s Grimm delivered a dark and strong dose of drama as Nick had to deal with everything awful you can imagine…and one thing wonderful. Let’s recap:

Guess we can consider Adalind having the baby as good and bad, depending on your perspective. Nick having to take care of a baby is probably one of the best things that can happen to him right now because his life’s taken an even darker turn than ever before. The baby can represent a major source of light and love for him.

But with the baby comes Adalind. Sure, her hexenbiest ways are currently on simmer. That part of her is being suppressed. But I can’t forget thatÂ she’s been Nick’s sworn enemy since the beginning of the series. She’s done some awful things. Right now there’s a tentative calmÂ between them. The baby factor is huge. They both want what’s best for Kelly (love that Adalind suggested this name) and the two are doing what they can to get along. Spoiler Alert: They’re even going to live together soÂ Nick can (hopefully) keep them safe.

In a recent press call, Claire Coffee talked about Adalind’s Season 5 relationship with Nick. According to the actress, Adalind’s in a place where “she finally feels like her life is far better without being a Hexenbiest than it is being a Hexenbiest.”

But the character’sÂ peaceful existence has the potential to go up in smoke thanks to that super magical suppressant. It could fade at any time. “Weâ€™re shooting episode 11 now. Her fear kind of in the beginning is that this is a suppressant that they used to suppress her powers. But, you know, they could trickle back in at any moment,” Coffee explained. “She is really scared of that happening because the relationship that is building with Nick and then with Kelly, she really wants to do right this time.”

That includes making sure things go smoothly between Adalind and Nick. “They’re both at a bit of a crossroads. Nick having lost his mother and Juliette — the love of his life.” Coffee said. “And Adalind has no one. They really do bond over this child where the only feeling that matters to them at this point is keeping this child happy and healthy, so they form a bond over that.”

For the near future, she’s all about Kelly and motherhood. “Her main concern is keeping Kelly safe. And she’s really trying to figure out a way that she can be a quote, unquote, normal person. And she wants to be a good person and try to figure out ways to do that and be a good mom.”

As for Adalind and Nick, well, that situation’s probably going to have its ups and downs. “Her relationship with Nick is something that is ever-changing for the first half of the season. So it gets complicated, is I think the best – is the only thing I can say.”

Preview for “Clear and Wesen Danger”

AS THE WESEN CONTINUE TO RISE BIG CHANGES ARE IN STORE FOR NICK AT HOME – On the heels of becoming a new father, Nick (David Giuntoli) must make some major changes to keep his child and Adalind (Claire Coffee) safe. Monroe (Silas Weir Mitchell) and Rosalee (Bree Turner) step in to help prepare for the new addition. Meanwhile, Capt. Renard (Sasha Roiz) assigns Hank (Russell Hornsby) a new partner as they investigate a brutal murder at an investment group. Reggie Lee also stars.

Guest Star Goodness: Look for L.A. Law‘s Susan Ruttan (pictured above) to be involved in the episode’s big mystery.

PROMO: War is Coming to Portland

Am IÂ the only one who LOVED David Giuntoli in the Season 5 premiere? Well, he continues to be fantastic in tonight’s episode. And I’m also curious to know who out there thinks Juliette isn’t as dead as we were led to believe.Â Grimm airs at 9/8c on NBC.

REMINDER: The cast of Grimm talked Season 5 at this year’s Comic-Con.