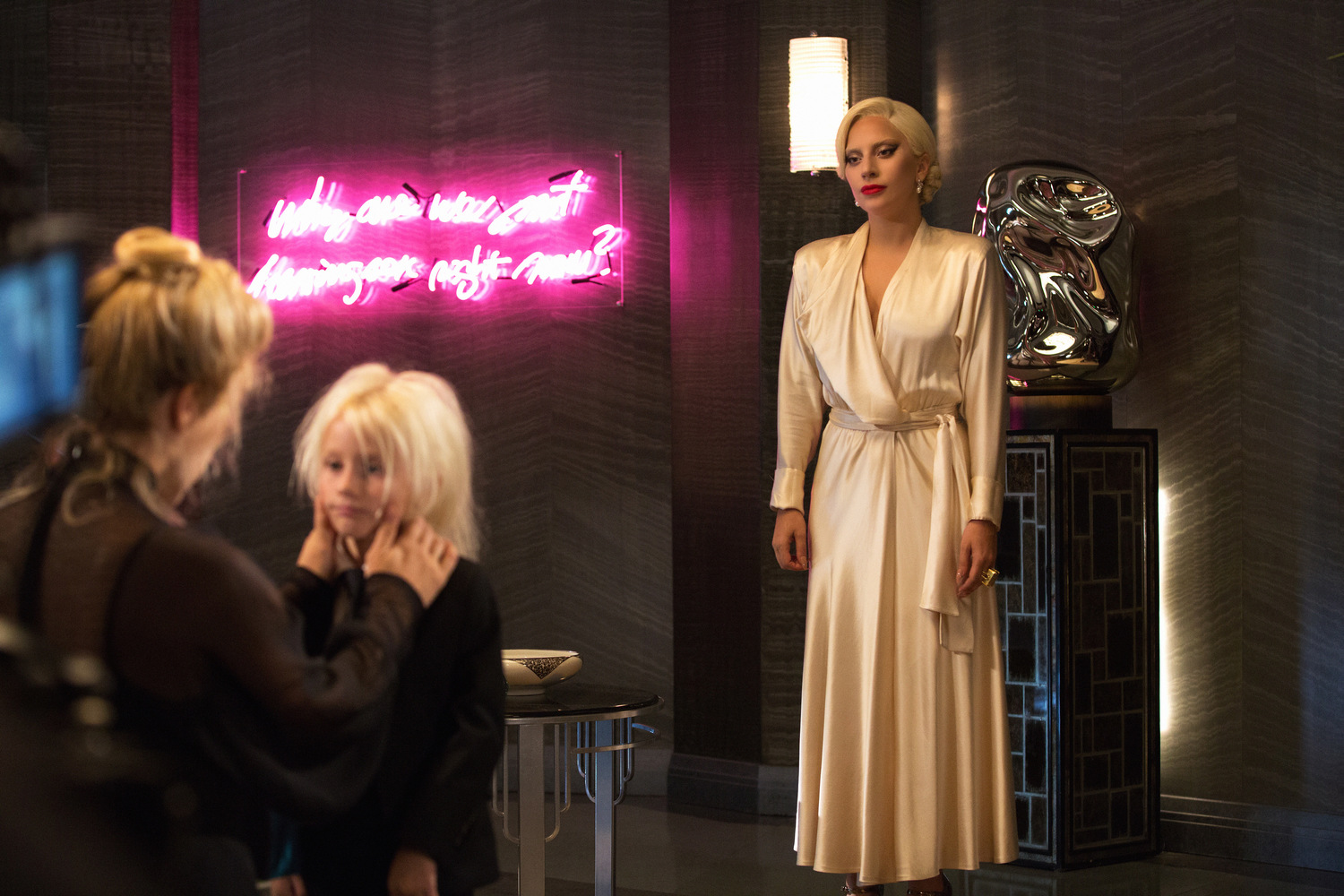 If there’s one thingÂ American Horror Story: Hotel isn’t afraid of, it’s spreading itself too thin. Unfortunately, that is not a wise thing to do if you want to keep your audience invested in the characters and story.

In the latest episode titled “Room Service,” we finally got some backstory on Liz Taylor, witnessed the aftermath of Iris’ transformation, watched a mini army of vampiric children take down their teachers, and endured having to seeÂ John and Sally go at it in his hotel room. It’s a lot to take in, and sadly, the majority of the episode didn’t interest me.

Before we get to the negative, let’s focus on the bright spots. Denis O’Hare is captivating to look at in his beautiful chiffon dresses and flowing silk capes. I was thrilled to finally get some backstory on Liz Taylor. Prior to this installment, she served asÂ a figure who provided some much needed commentary for the other characters.

However, her residence at the Hotel Cortez was not forced upon her as it was for much of the other people who haunt the hallways. Liz Taylor was once Nick Breyer, a man forced to hide his true self from the world. His encounter with the Countess during his trip to the hotel in 1984 opened his eyes to the possibility that there was a place for him to be who he truly was; her.

There continues to be a theme of transformation this season, whether by choice or by force. Liz Taylor chose to become a permanent fixture at the Hotel Cortez. She is not doomed to a never-ending existence. She can leave anytime she wants, but why would she go? Liz Taylor found a home in the Hotel Cortez that she was never able to find in her own family.

In addition to the backstory of Liz Taylor, we were treated to a wonderful performance by Kathy Bates. Now that Iris has been turned by her son, Donovan, she found herself fearing an eternal existence as someone seen as less than. Despite being turned into a powerful force, she still had trouble shaking her meekness until two hipster millennials pushed her too far.

As someone who belongs to the millennial generation, I deeply apologize if any of us come across as terribly as hotel guests Justin and Babe. Their sense of entitlement and superiority was blood boiling. Even I was rooting for Iris to kill those pretentious douche-bags. On a side note, I thoroughly enjoyed watching Darren Criss play a character so annoying. He comes across as such a nice, charming guy in real life.

Iris murdering the young couple set her free. She took back some of her agency as a person worthy of consideration and thought. Iris and Liz Taylor are two people who needed to discover their true selves through transformation. With so much darkness surrounding them, they have managed to find the light in discovering the people they were always meant to be.

Now let’s get to the problematic portion the episode. John and Alex continue to be the absolute worst. Alex has seemed to completely abandon her daughter for an everlasting life with her son in the shadows. LikeÂ I wrote in my last review, who is taking care of Scarlett? Sure, John has been slowly going insane and Alex has tunnel vision for her son, but you would think they would remember they had another child at home.

Alex and Holden’s relationship can only be described as anÂ Oedipus complex.Â Every interaction they have is tinged with a weird obsession that you can’t help but find sexual. The shot of Alex hovering over Holden as they shared a coffin was deeply unsettling. I thought for a second that she was about to kiss him.Â That’s not to say I don’t want the show to go to some seriously twisted and dark places because I do. This is supposed to be a horror show after all.

However, the handling of Alex and John has been done poorly. Neither character is interesting enough for us to excuse their self-involved actions. John has been losing his mind while staying at the hotel. Did it not occur to him to just walk out? Unless the show explains that a force has been keeping him at the hotel, none of his actions make sense to me. At this point, it wouldn’t surprise me at all if John ended up being the Ten Commandments killer himself.

The problem with having a bloated cast and story is there are too opportunities for loose ends. There are too many questions that need to be answered and we’re already in episode 5. Let’s do a rundown of all my questions:

That’s a long list of questions, and there’s plenty more I didn’t include. More so than any other season, I feel like we are not going to get answers to the majority of what I just listed. I hope I am pleasantly surprised, but I won’t hold my breath.

Check out a sneak peek of the next installment titled “Room 33.”

Ella and Lucifer Hunt For Candy in “Vegas with Some Radish”

5 Reasons Why the Series Finale of Parenthood Was Basically Perfect