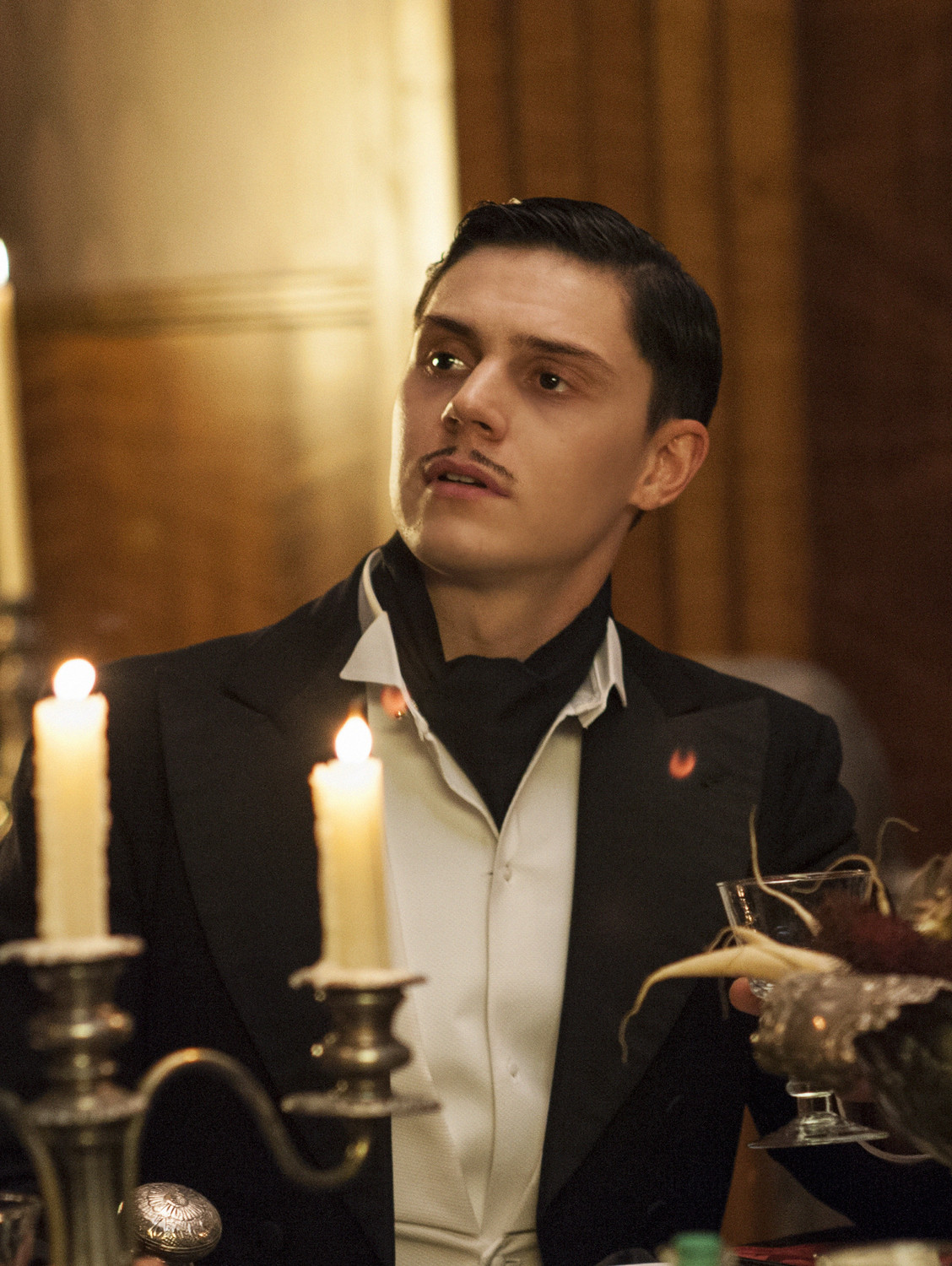 James March sure knows how to throw a killer party. That statement wasn’t a figure of speech. March gathered his dear friends for an evening of celebration. Unfortunately, his friends just happened to be John Wayne Gacy, Jeffrey Dahmer, Aileen Wuornos, Richard Ramirez, and the Zodiac killer. With Detective John Lowe as the guest of honor, the festivitiesÂ went just as terribly as you could expect in the latest installment of American Horror Story: Hotel, titled “Devil’s Night.”

While there was no shortage of famous killers running about, I have to say this was my least favorite episode of the season so far. I’m all for deviating a little bit from the main plot lines, but it seems this episode dropped every other major character except for John and Alex Lowe. The previous episode, titled “Mommy,” had some terrific character moments and really pushed the overall narrative forward. This episode felt like pure filler aside from one or two major developments.

I’ve said before that Evan Peters looks like he’s having the best time in his role as March. He plays March’s murderous impulses like a kid in a candy store, and it’s thrilling to watch. Unfortunately, I don’t know where his sudden interest in John came from. I thought he was more preoccupied with the Countess’ new lover. Perhaps his interest in John means our increasingly paranoid detective will turn to the dark side by season’s end.

The only other saving grace of the dinner party from hell was the fabulous Lily Rabe playing Wuornos. Rabe is such a phenomenal actress, and I’ve missed her presence on the show for a while now. Her portrayal of Wuornos was unhinged and captivating. Rabe commanded every scene she was featured in. Since Ryan Murphy loves to rewrite history, it’s only logical that all these famous serial killers came under the tutelage of March at separate times in their lives when they all passed through the Hotel Cortez. While entertaining,Â this storyline only proved to show how John is falling apart and losing his mind.

Being a film nerd, I couldn’t help but see the influence of The Texas Chain Saw Massacre during March’s dinner party. Any person who has seenÂ the 70’sÂ film would recognize the visual comparisons. John was strapped to his chair watching a bunch of maniacs around the dinner table just as the character Sally was in the film. I love when the show nods its head at horrorÂ classics.

While I sympathized with Alex is the previous installment, her actions in “Devil’s Night” were inexcusable. Her desperation to be with her long-lost son was understandable, but what about her daughter? Who’s care is she in when Alex is running around the hotel? What will happen to Scarlett now that her mother has been turned by the Countess? Surely Alex won’t return home. She won’t go anywhere without her son, and the Countess has made it very clear she is unwilling to part with Holden.

John needs to straighten out his head soon or something terrible will happen to his daughter. Frankly, that poor girl should just get new parents because John and Alex are the worst. While Murder House ended up uniting the Harmon family in death, I hope Scarlett does not become another permanent member of the hotel. I suspect John will be by the end of the season, but let’s keep our fingers crossed thatÂ Scarlett can get away unscathed.

The only storyline I found compelling was Ms. Evers’. The story of how she lost her son was a nice parallel to John losing Holden. She seemed like a fairly well-adjusted woman before her son was murdered. I would love to see how she became the faithful right-hand man to March. Why would a woman whose child was murdered willingly aid a psychopath in his murderous endeavors?

American Horror Story airs on Wednesdays at 10/9c on FX.

Check out a sneak peak of the next installment titled “Room Service.”

Bohannon’s Day of Reckoning Has Arrived, Hell on Wheels “Fathers and Sins”