This season’s finale challenge has been intense — and this week’s episode turns up the heat. It has to; it’s finale time. Not only do Evan, Nora and Ben get the opportunity to be on a real set, but they get the change to fix or hone their makeups and creatures based on PatrickÂ Tatopoulos’ notes from last week. Does Evan recover from his not-so-successful screen test? How do all the artists deal with the challenge of an entirely new character? Do Nora and Ben makes significant changes to their characters and/or makeups?

In the second part of the Face Off finale, the finalists must finish work on their characters for the short film shoots with acclaimed director and creature designer Patrick Tatopoulos.

We’ve seen the finale and it’s so good. We’ve been on movie and TV sets and it can be overwhelming, exhilarating and stressful (amongst other things), but ultimately it’s exciting to see all that hard work be realized and come to life. We also love that we get to see each of the artists on-set. If there’s a problem, they need to fix it. If the director decides to make a change, they need to adapt.

The only thing that was missing — for us — from last week’s episode were our series judges Glenn, Ve and Neville. We always want to hear their feedback and critiques and we get a nice dose of that in this episode.

So, who’s this season’s winner? You won’t get any hints from us, but we’re happy to say that all three finalists show us some truly amazing work and all of them have proven themselves worthy of this win.

The season 9 finale of Face Off airs Tuesday, October 27th at 9/8c on Syfy. 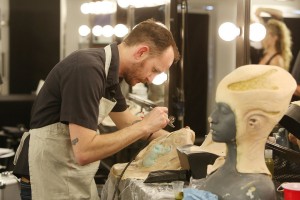 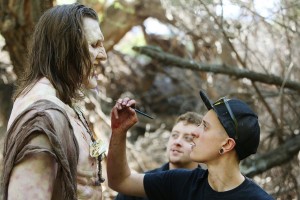 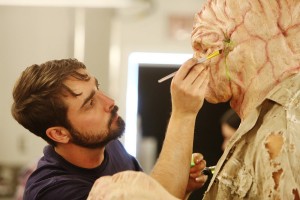