Dancing with the Stars “Season 21 Week 6” aka Famous Dances 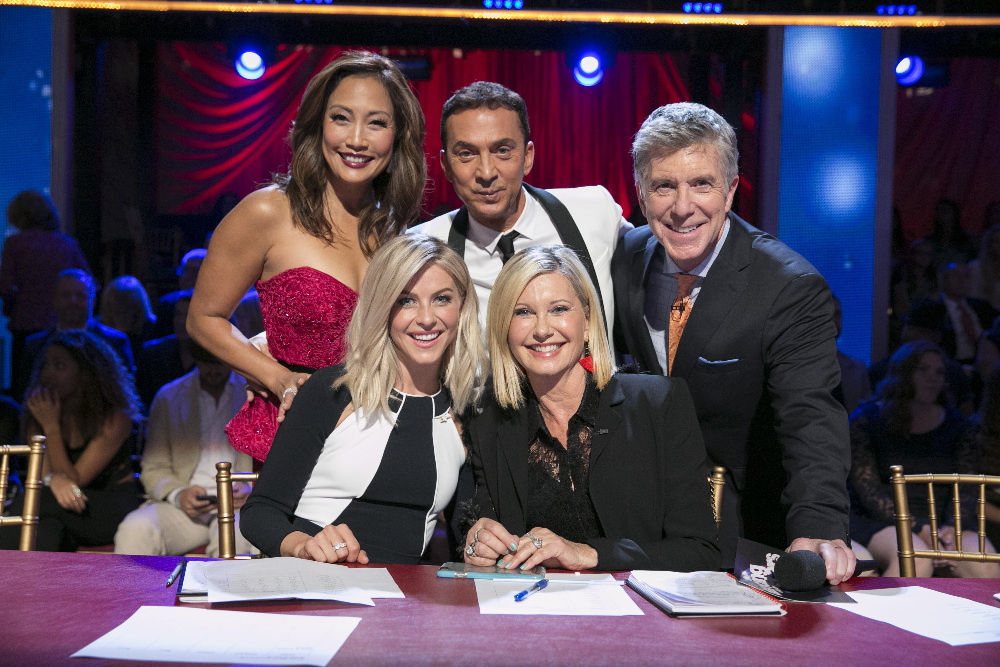 Who doesnâ€™t like a famous dance? This week’s episode was a reinterpretation of dances we all know and love. And, honestly, the couples did a tremendous job. Also the guest judge was Olivia Newton-John, the original big screen Sandy from Grease! The ballroom had a lot of Aussies in the house!

Okay, back to the competition. How did everyone do? Here’s the breakdown:

It comes back to Paula & Louis and Alexa & Mark. The couple leaving the ballroom is Paula and Louis. I think that was the right decision.

Favorite Quotes
Tom: â€œThis is as fast as it goes? This is nothing in California.â€
Tom: â€œDid someone give Daisy, Zoloft?â€
Leah: â€œPaula step away!â€
Tom: â€œAnd by the way Leah, I started the drinking game.â€
Tom: â€œNo, No, No. Iâ€™m going to get to the gym!â€
Tom: â€œThose shorts are available now at stuff a sock in it dot com!â€
Leah: â€œYou have to draw the line somewhere, Paula. Give it to her!â€
Tom: â€œWell, on the plus side, Louis got to go exploring.â€
Leah: â€œWhatâ€™s up with church tomorrow?â€
Tom: â€œI really loved how you were in the Farmerâ€™s Market wearing Elvisâ€™ clothes and Mark Ballasâ€™ hair.â€
Tom: â€œYou think he is contender adjacent right now?â€
Leah: â€œLetâ€™s do the lift again.â€

The competition is getting harder and harder. Who will be next to go? Did you vote? See you next week.

The Walking Dead "Thank You"

The White Queen “The Storm”