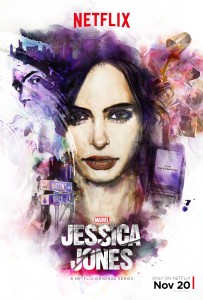 You had us as Krysten Ritter. She first came to our attention during Veronica Mars and continued to impress in Don’t Trust the B*tch in Apartment 23. And Netflix has done a great job with its other Marvel original — Daredevil — so our expectations are quite high. With a supporting cast including Mike Colter, David Tennant and Carrie-Anne Moss, we’re sure we won’t be disappointed.

After a tragic ending to her short-lived Super Hero stint, Jessica Jones is rebuilding her personal life and career as a detective who gets pulled into cases in New York City.

Game of Thrones: 3 Things I’m Looking Forward to in “Baelor”