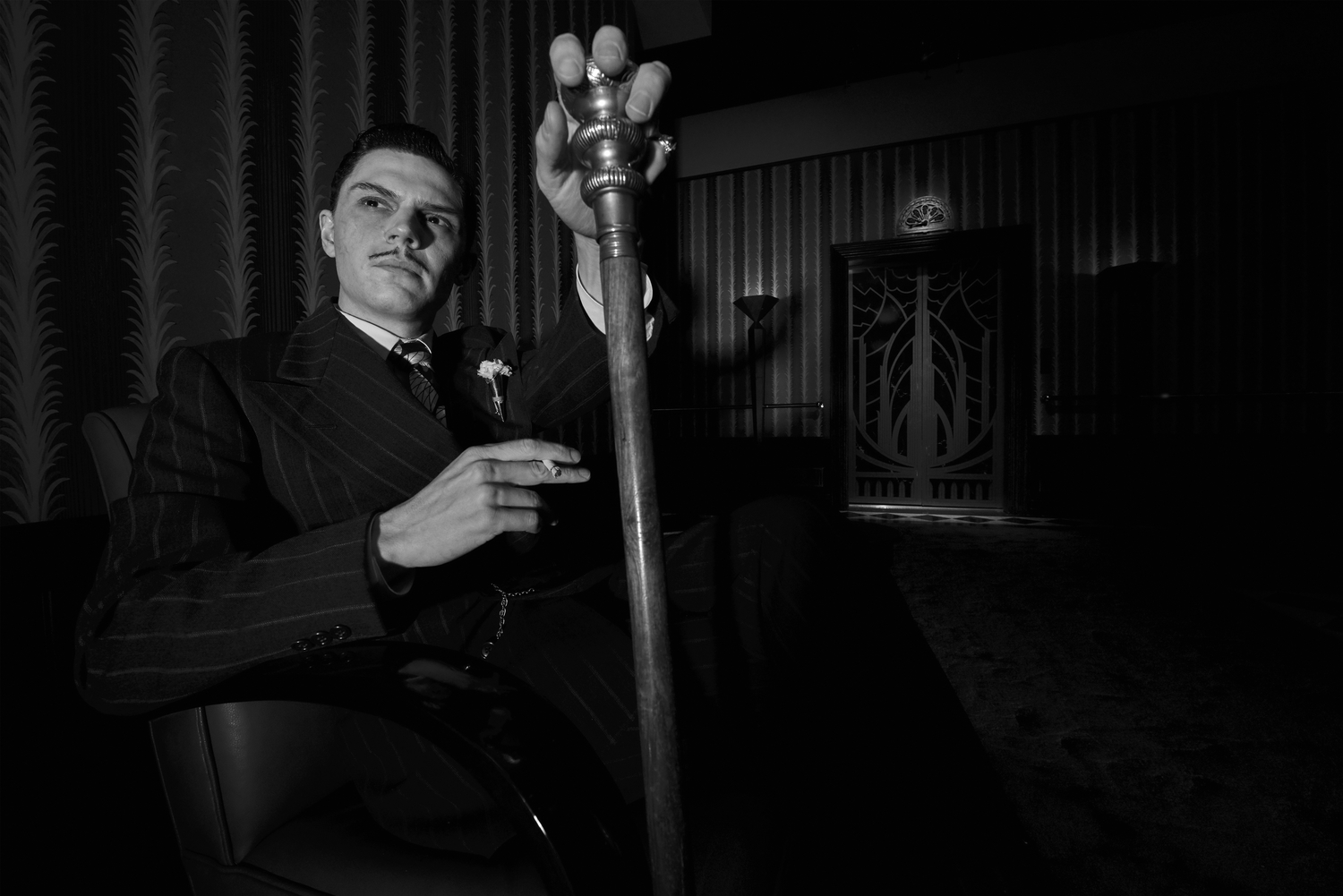 It’s only week two, and my head is spinning. A lot of exposition was thrown at us in “Chutes and Ladders,” with the introduction of The Countess’ new lover and the origin story of the Hotel Cortez. While I won’t cover every plot point of the episode (because this review would end up being 30 pages long), I will discuss the biggest moments that piqued my interest and made me ask a lot of questions.

Donovan seems to be down for the count now that The Countess has taken on a new lover. Finn Wittrock is back as The Countess’ new flame, Tristan. Wittrock stole every scene in AHS: Freakshow, so I’m pleased to have him return for this season. Tristan made quite the entrance on the catwalk and quickly grabbed the predatory attention of The Countess. Tristan doesn’t seem too bright, but he’s exactly her type.

Lady GagaÂ exudes a strong, sexual power on-screen as The Countess, but it all feels very calculated. It’s only been two episodes, but both of her sex scenes have lacked any true passion. Her sexual exploits come across as a woman who’s quickly bored and needs someone to entertain her at all times. I’m curious to find out whoÂ The Countess was before her transformation.

I could have done without the overabundance of exposition when it came to The Countess explaining how vampirism works for them. Short version: There’s no fangs because they don’t bite, they cut. They never age and have a super-human immune system, but are still able to be killed by mortal means. They can go into the sun, but shouldn’t. They are also never to drink from the dead, or anyone not of perfect health.Â Okay, well this is all information we could have learned over time. Show, don’t tell.

My absolute favorite part of the episode, was the backstory into James March, the original owner of the hotel. Not so loosely based on the very real and terrifying H.H. Holmes (don’t read about him before bedtime). James was a depraved man who designed a hotel to fit every murderous urge he felt; a murder hotel if you will. Evan Peters looks like he’s having a blast playing this role. After playing the good guy for the last few seasons, I’m excited to see him take on a villainous role again.

His scenes opposite Mare Winningham, as Ms. Evers, were oddly hilarious. Both seemed to be putting on their best Mid-Atlantic (or TransAtlantic) accent as if they were acting opposite William Powell. I loved the absurdity of it all. I felt like I was watching a vignette where Ed Wood or Vincent Price might show up. Both Peters and Winningham areÂ 100% camp in those scenes, while still making their actions gruesomeÂ to witness.

Another character I’m eager to learn more about is Sally. She’s a tricky character to pin down. She’s incredibly emotional, crying in nearly every scene she’s in. Then she turns around and scares the living daylights out of a little girl by making her teeth appear to fall out of her mouth all bloody.Â What’s this woman’s deal?

The biggest plot line lacking right now is John Lowe. I’m not on board with his thought process. I want to understand why a detective like John is making such stupidÂ decisions. Why on earth did he decide to stay at the hotel? Also, it infuriates me anytime the parents on a TV show underestimate or don’t believe their own children. This is just bad parenting.

Check out a sneak peek at the next installment titled “Mommy.”