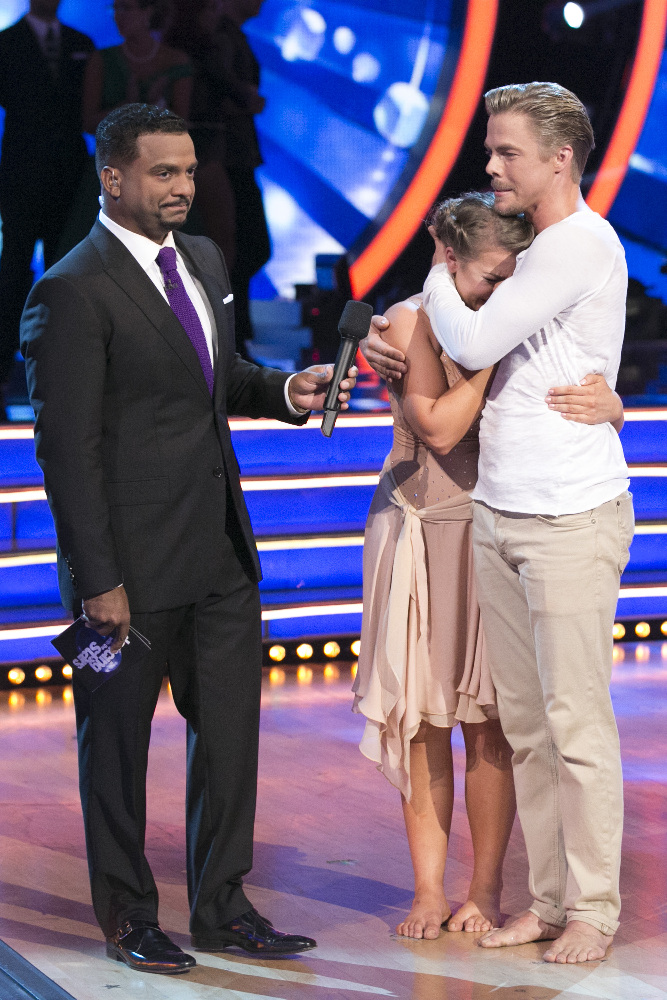 Tonight there was a notable absence. Host Tom Bergeron was with his family and at his father side. Filling in for Tom, was Alfonso Ribeiro. Good thoughts go out to Tom and his family.

My Most Memorable Year is when the celebrityâ€™s dance is an expression of their most memorable year in life so far. This episode is usually a tearjerker and it did not disappoint.Here are the couples:

I thought it was a beautiful dance. I thought the judges were going to give her 10s but I think Tamar is on the cusp. It was also a very lovely tribute to her husband, Vince.

Alfonso: â€œI hope I donâ€™t black out.â€
Gary: â€œThey are judging the dance and we arenâ€™t judging the judging.â€
Alfonso: â€œThat was scary. Now it makes sense.â€
Andy: â€œWeâ€™re the only trio now.â€
Erin: â€œWell I guess that wasnâ€™t good, Alfonso!â€
Alfonso: â€œAnd yes there is a fat one in the ballroom.â€
Paula: â€œI want to do my own dance.â€
Paula: â€œI hope they donâ€™t switch me out for good, Erin.â€
Alfonso: â€œI donâ€™t even know where to go with that.â€
Gary: â€œAnd with Anna, from Russia with Loveâ€¦. the fact that I was eliminated is falseâ€¦â€

Next week the bad boy of dance is back! Maks returns as a guest judge. Will he be soft like he was when he judged before or will he say what he really feels? Until next week!

Dancing with the Stars Season 21 airs at 8/7c on ABC on Monday nights.

Lucifer Gets in Touch with His Feelings in “Deceptive Little Parasite”

Speculate This: Deacon’s Downward Spiral on Nashville (+ “I Fall to Pieces” Highlights)