Quick Takes: A Supernatural Welcome to DC’s Legends of Tomorrow and Lucifer 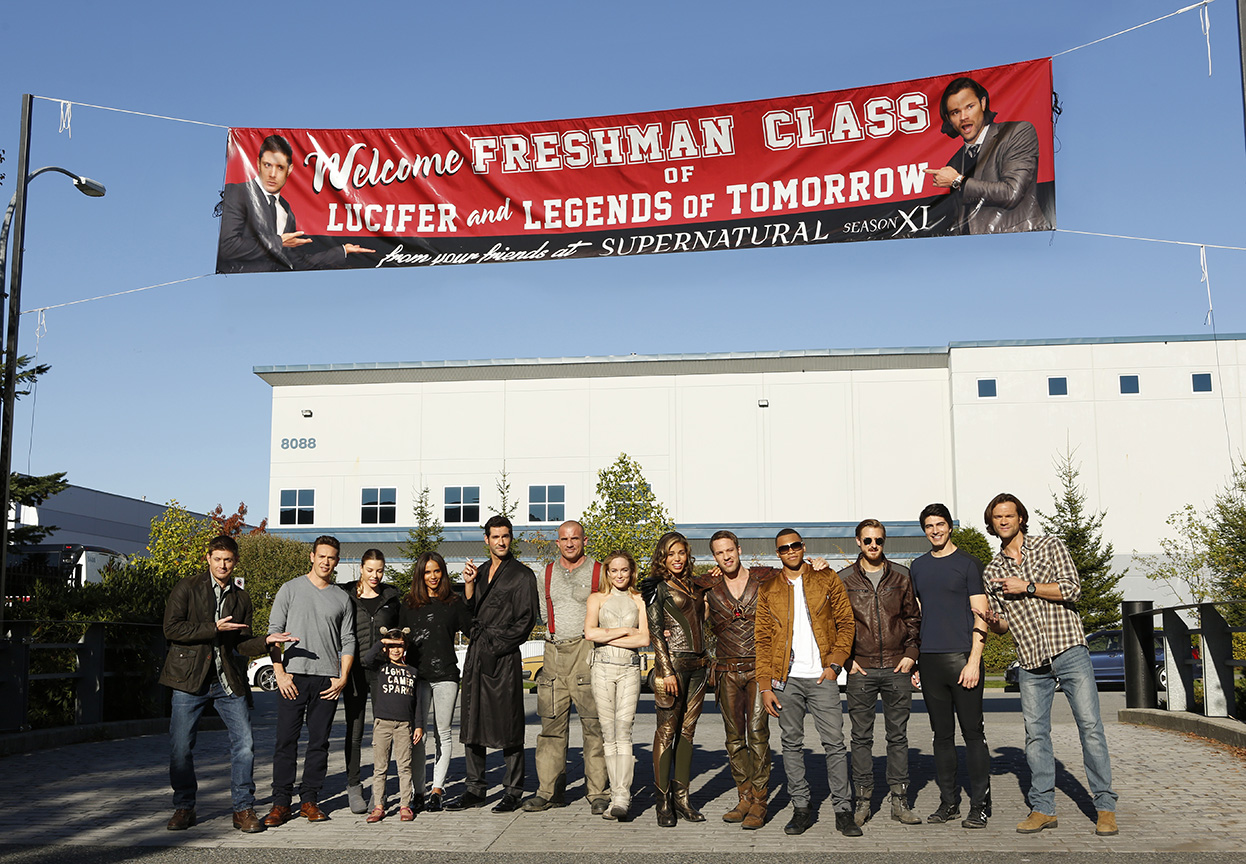 The actors ushered in a new era at the Vancouver studios they’ve called home for the past decade (when they’re not shooting out and about, of course). It’s at this location that two new series recently began filming: the CW’s DC’s Legends of Tomorrow and FOX’s Lucifer (all three shows areÂ produced by Warner Bros. Television).

In celebration, Ackles and Padalecki rolled out the welcome mat in a big way. On Sept. 29, they coordinated a fun photo that gave a shout out to the “Freshman Class” and then tweeted it out to their millions of followers the next day.

Welcoming some new faces to the studio lot up here in Vancouver. #TheCW_Legends #LuciferonFox …so many actors :-/ pic.twitter.com/tHQkscQI9k

If this is the freshman class, does that make the guys who play the Winchester brothers juniors or seniors?

D.C.’s Legends of Tomorrow and Lucifer debut midseason on the CW and FOX, respectively. As for Supernatural, the countdown is on. It’s less than a week to the premiere of Season 11. “Out of the Darkness, Into the Fire” hits air Wednesday, October 7 at 9/8c on the CW.

Clip from the Supernatural premiere