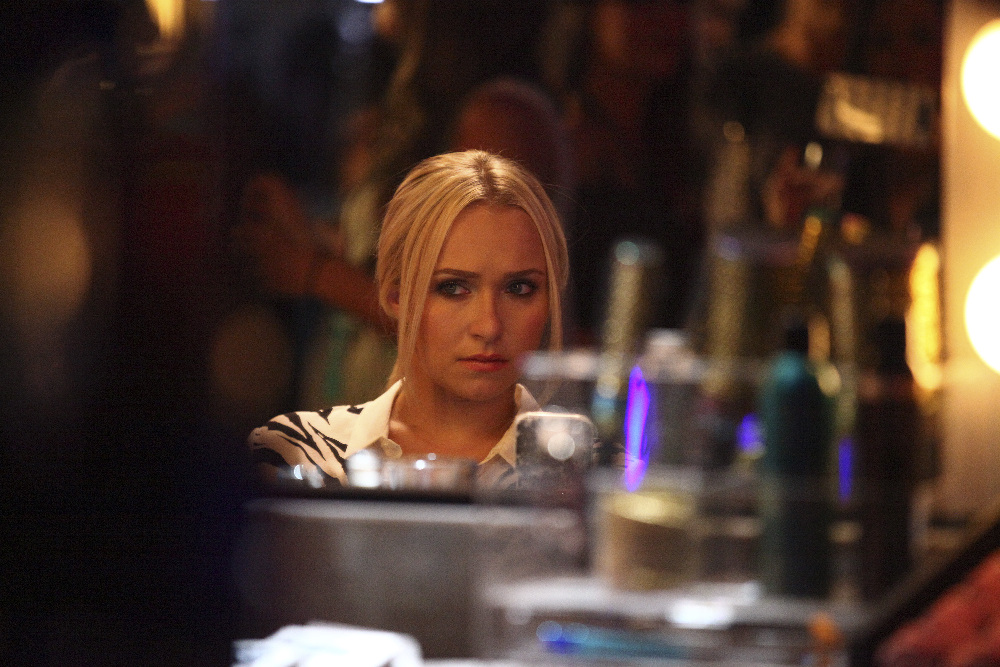 Last season left us with some crazy cliffhangers — Scarlett kissed Gunnar, Juliette had a post-partum meltdown and walked out on her Highway 65 contract, Teddy got â€˜cuffed, Will outed himself, and someoneâ€™s surgery went south. We all went into the summer wondering if it was Deacon or his horrid sister Bev.

Thank heaven that question was answered right off the top. We fast forward a month from last season and find Deke is okay but keeping vigil over his comatose sister while Rayna tries to keep Highway 65 from spiraling downward. Juliette is taking the same path as her abandoned label, with all night drunken parties and Hollywood premieres while Avery is back at his parentsâ€™ house with their baby in tow. From the sound of things, the two newlyweds havenâ€™t talked in weeks. In a moment of toilet-hovering clarity, Juliette dials Rayna, weeping and asking for help. And thatâ€™s how the Season 4 opener begins. If thatâ€™s any indication of how the season is going to play out, this will be a fun fall indeed!

Will Lexington spent the entire month in bed hiding from the world after he revealed his sexuality to a room full of reporters. He took Luke Wheelerâ€™s advice to â€œlay lowâ€ to the extreme and his songwriter boyfriend has about had enough of the pity party. I suspect we will watch Will grapple with his new public identity all season as he tries to hold on to his career in a music scene dominated by men who sing about making out with their girlfriends in the beds of trucks whilst sipping on a six pack.

Although I am super-relieved Deacon made it thru the liver transplant intact, I worry how his and Ranyaâ€™s relationship is going to play out. If Bev doesnâ€™t make it out alive, that could throw a wrench in their re-blooming love, and with Teddy in prison, Daphne is feeling pretty resentful of Deaconâ€™s role in their lives.

Over in Julietteâ€™s drunken haze, things keep getting worse. And even after getting screwed over by Juliette, Rayna still canâ€™t relinquish her mother-hen instincts! She flies across the country to check up on the star, who greets her with pecking jeers.

Gunnar and Scarlett pick up their beautiful music after a month apart and before they even finish rehearsing one song, they have their tongues down each otherâ€™s throats. Scarlett stops things before they round second base. She says Dr. Hottie makes her feel â€œsafeâ€ and that she would like to be â€œin loveâ€ with him. Things donâ€™t look good for that relationship, if you ask me. I predict she and Gunnar will be limbs entangled by the end of the October.

Meanwhile, back in Ohio, Avery decides itâ€™s time to head home to Nashville and get back to the business of pursuing dreams and raising his daughter. Avery rolls into town and it looks like a scene from Three Men and a Baby. Gunnar, Will, Avery & baby Cadence are roomies, yâ€™all!

Looking ahead to this week and beyond, will Beverly get better or be an end that devastates those around her? Can Juliette and Avery move beyond her abandonment of family for career? And will Highway 65 get an injection of talent that will take it from â€œvanity labelâ€ to a real Nashville contender?