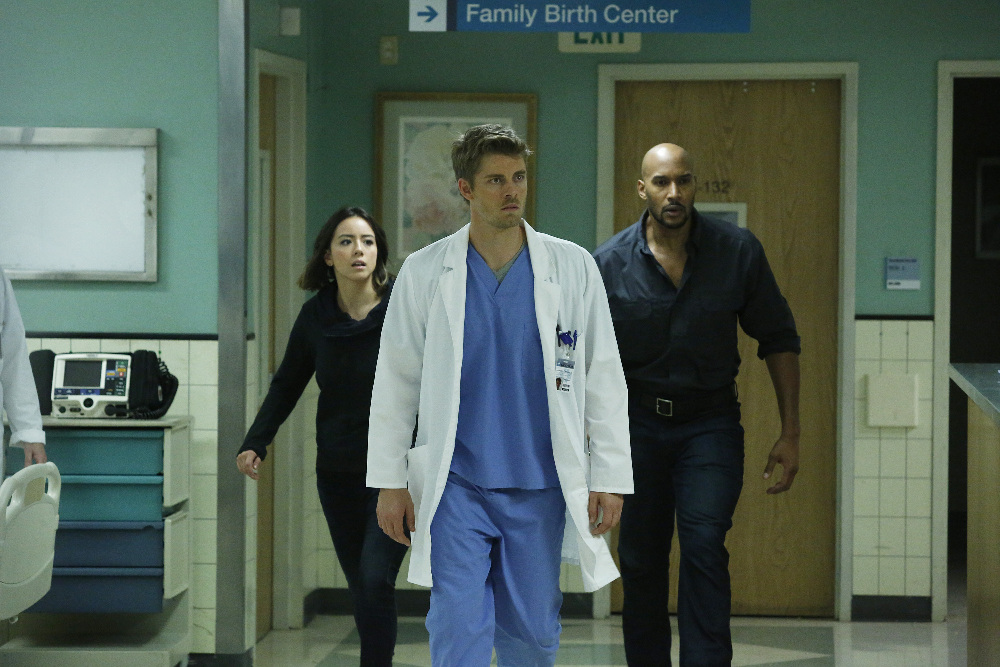 ABC’s Marvel’s Agents of S.H.I.E.L.D. finally returns with new episodes tonight. At the end of last season the team was hurting in more ways than one.

Coulson’s hand? Gone, thanks to Mac’s, let’s say, unique life-saving techniques. Daisy (the hero formerly known as Skye) is one of the Inhumans. Bobbi took a bullet for Hunter — after Ward tortured her, of course. But, no worries. Karma bit him in the you-know-what when he was tricked into killing his minion girlfriend, Kara. Mae left town with her ex-husband to go on vacation — her relationship with Coulson a little battered and bruised. And with all due respect to Coulson’s hand and Bobbi’s needles in her fingers (ouch!), Simmons disappearing just when she and Fitz decided to go on a date might have beenÂ the most painful thing that happened in the finale — at least for us. Can’t speak for Bobbi or Coulson.

The third season opens with an episode called “Laws of Nature.” Here’s the first few minutes of the premiere:

Synopsis for Season 3 premiere “Laws of Nature”:Â When Coulson and the team discover a new Inhuman, S.H.I.E.L.D. comes face to face with another organization searching for powered people. And still reeling from Simmonsâ€™ dramatic disappearance, Fitz goes to extreme lengths to try to learn how to get her back.

To help celebrate this end to the latest painful hiatus, here are some interviews with the cast that took place last summer at Comic-Con. These guys are great — they are so passionate about this show and their characters. They love to analyze them as much as the fans do and we can’t get enough of it. They tease a little about Season 3 and reflect on what went down in Season 2. And, yes, Elizabeth Henstridge and Iain De Caestecker are simply the cutest duo on primetime television.

A new season of Marvel’s Agents of S.H.I.E.L.D. premieres tonight at 9/8c on ABC.