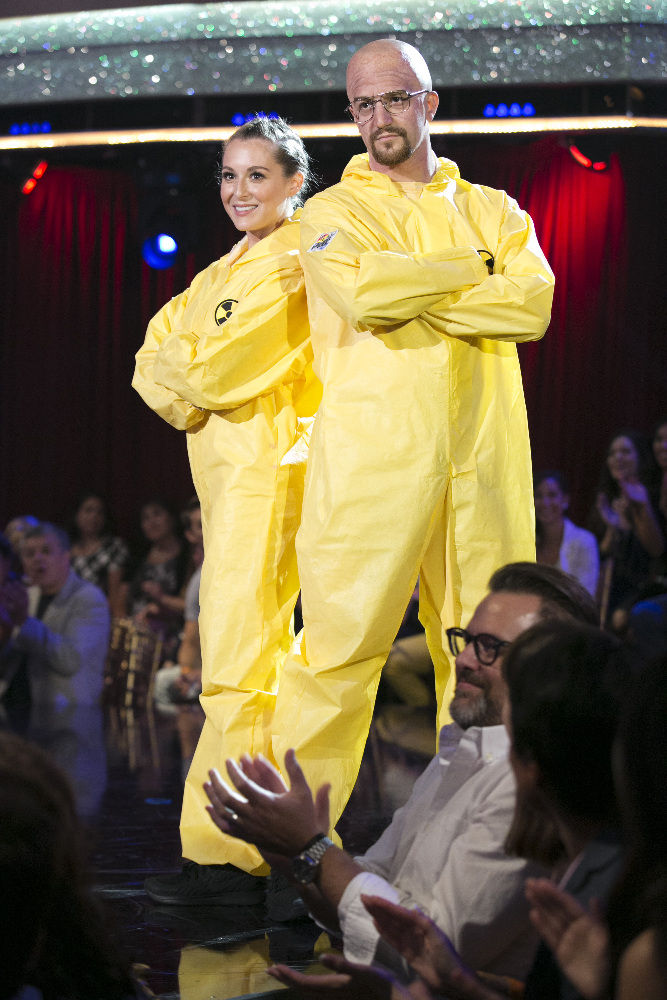 This week our couples dancedÂ to famous television theme songs. Also, Season 19 winner Alfonso Ribeiro (he’s also host of ABC’s America’s Funniest Home Videos) was back in the ballroom as a guest judge. In other news, Real Housewives of Atlanta‘sÂ Kim Zolciak Biermann recently suffered a stroke,Â so we discoverÂ her fateÂ with the show. Which celebrities improved and which ones havenâ€™t? Here are the couples:

Favorite Quotes
Erin: â€œSorry, not sorry.â€
Tom: â€œFor people watching for the first time, sheâ€™s not swearing at you.â€
Erin: â€œAre you even old enough to know what Gilliganâ€™s Island is?â€
Erin: â€œForget about Grandpa!â€
Tom: â€œAndy got under my skin so I canâ€™t stop staring at the light either!â€
Gary: â€œYou talk like a woodpecker.â€
Gary: â€œIt was my underwearâ€¦I donâ€™t have any on.â€
Tom: â€œSo apparently it was a commando tango.â€

Who will go home next week? How are your favorites doing? The next theme is the most memorable week in the lives of the celebrity. See you then!

Louis Realizes the Truth, Suits “This is Rome”