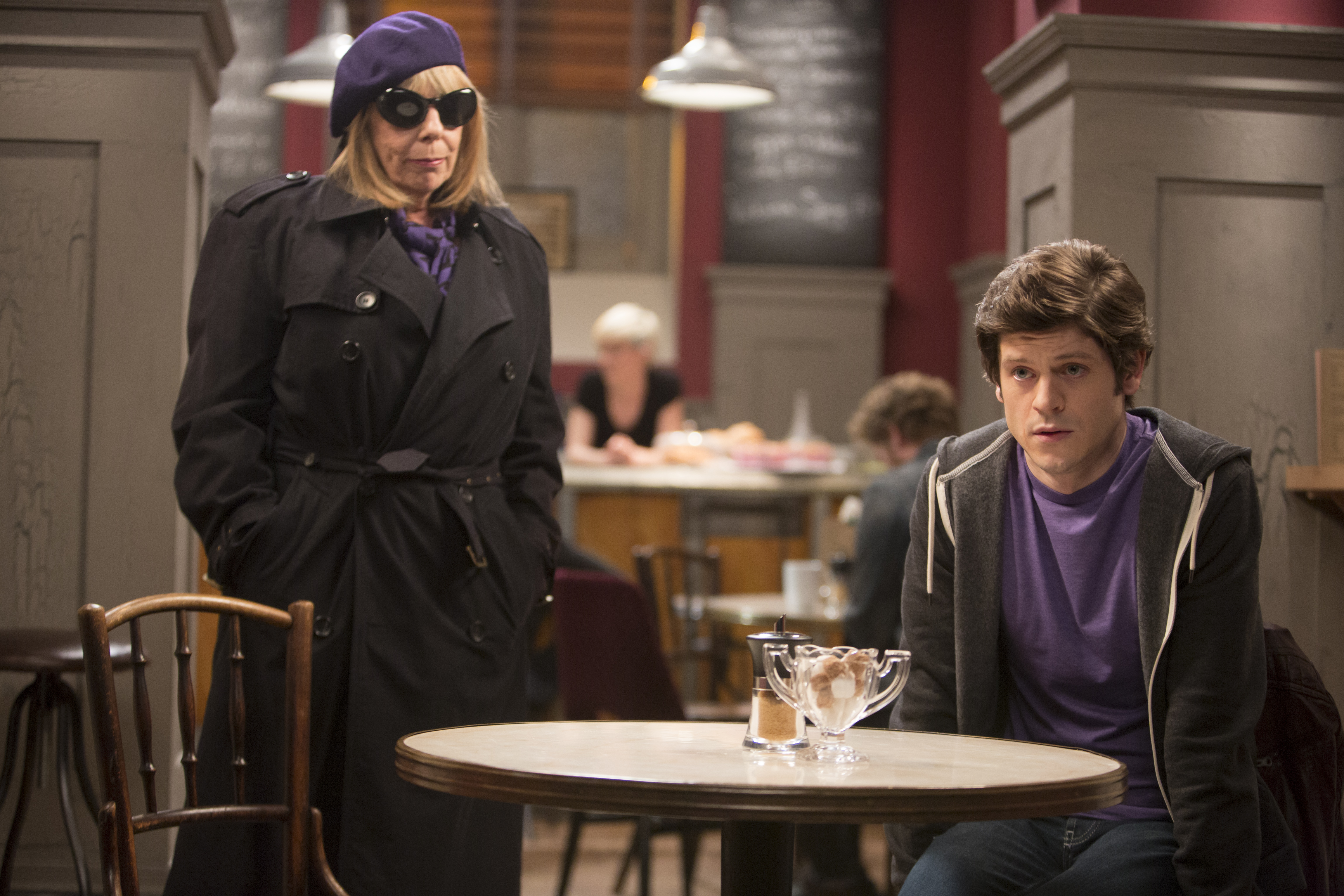 The road to the wedding hit a big ol’ snag at the stag party for Freddie and Stuart in last week’s Vicious. Stuart’s grand plans could only be carried out if Freddie got a role in that Broadchurch ripoff series. Unfortunately, he didn’t. And it caused a huge rift in their relationship. The wedding was called off. That’s not all that happened.Â Violet and Ash woke up the next morning…in bed…together. That’s what you call a dream come true for Violet and a nightmare for Ash. Now it’s time to deal with the aftermath of these two dramatic events.

It doesnâ€™t take long, however, before the new flatmates begin to drive each other crazy. Violet and Ash devise a plan to return things to normal.

This is a big episode for Violet and Ash. They have a vested interest in getting Freddie and Stuart back together. Plus, they have to hash out the particulars of what happened between them at the stag party. Frances de la Tour and Iwan Rheon are fabulous in “Flatmates.” Also, keep a lookout for a super cool flashback. It was one of our favorite moments of episode five.

Watch all the drama and the comedy from last week’s Vicious here: