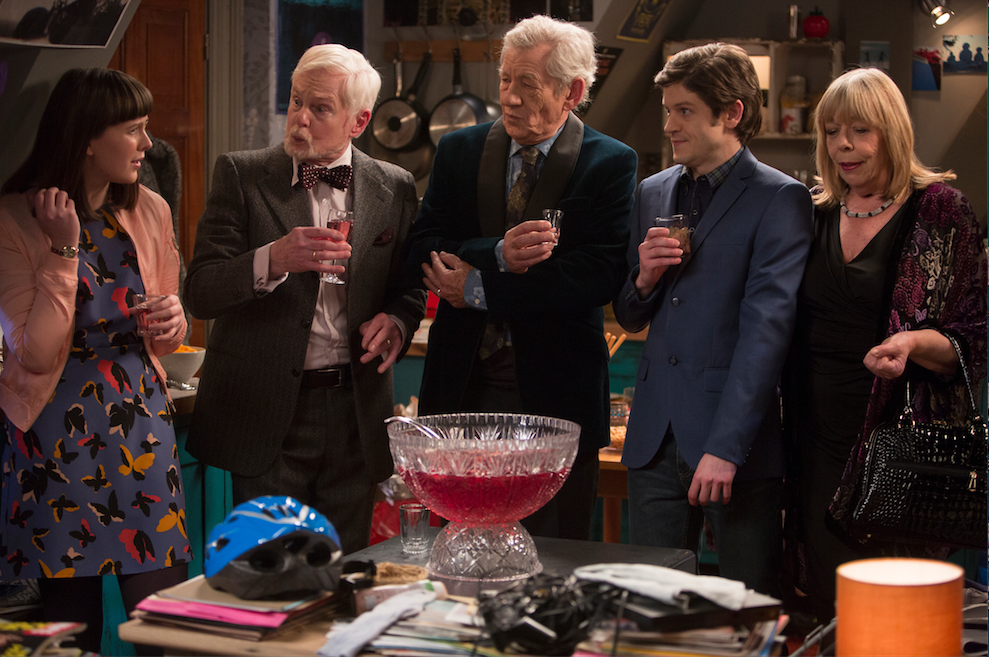 Last week’s Vicious was heartbreaking for Ash and momentous for Freddie and Stuart.

In front of the whole ballroom dance class, Ash popped the question to his girlfriend only to get denied and rejected. Leave it to Freddie to go against type and lift everybody’s spirits up. He seized the day and took the opportunity to get down on one knee and ask Stuart to marry him. Yes, after 49 years together, Freddie and Stuart are finally getting married. It was a great moment for the show and for this couple.

Now it’s time for Stuart to plan the weddingÂ and for Freddie to get a stag party.

Synopsis for “Stag Do”:Â Finding themselves both single, Violet and Ash consider dating new people. Violet has already met someone on the internet, while Ashâ€™s ex, Chloe, returns. Freddie, meanwhile, feels under pressure from Stuart to land a major new acting role.

Make sure to watch to the very end. Much like Freddie’s proposal in “Ballroom,” the show saves the very best for last. Well, in this case, maybe not the best but the most surprising.

As you can imagine, the planning of the wedding doesn’t go smoothly. Neither does the stag party.

Love how ViciousÂ depicts Freddie as a struggling actor. Love even more how they use real British TV references like Doctor Who, Downtown Abbey and, in this episode, they mention Broadchurch. On the show Freddie’s lucky to get a bit role. In real life, Sir Ian McKellen can write his own ticket.

Vicious airs Sunday nights at 10:30/9:30c on PBS — make sure to check your local listings.