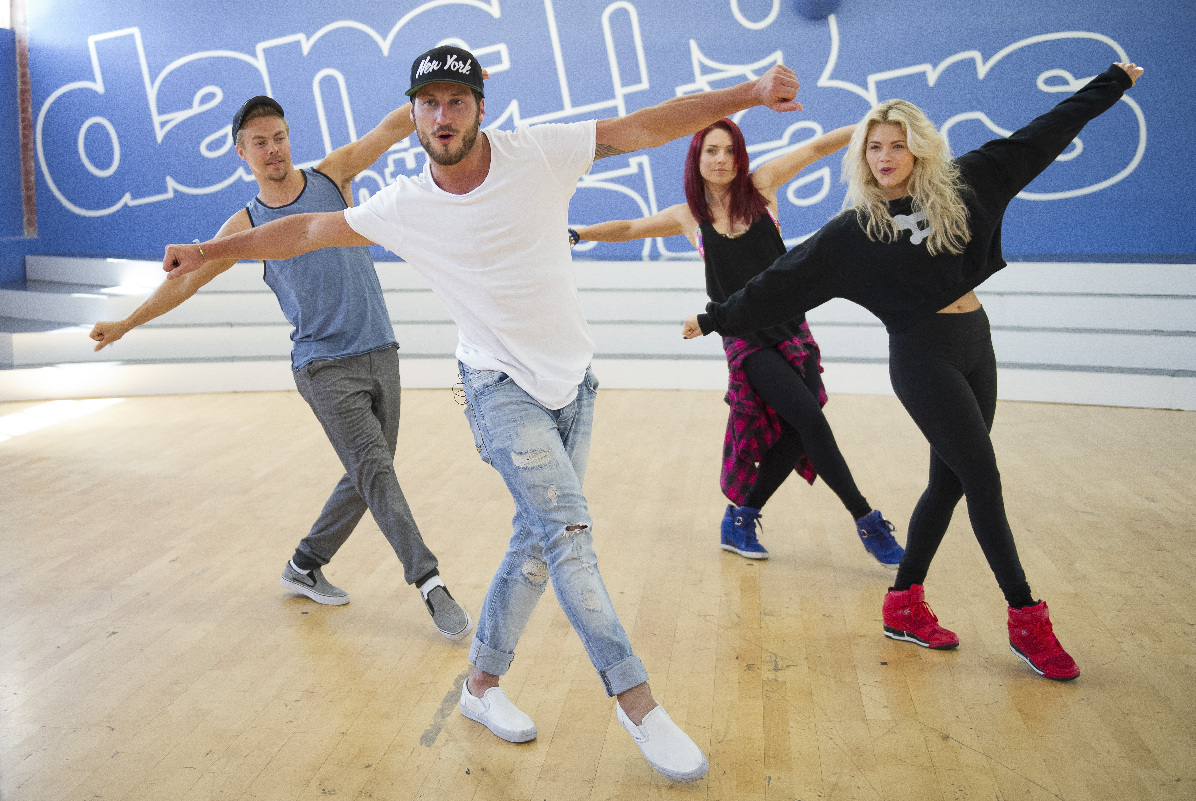 Itâ€™s a new season of Dancing with the Stars and there are a couple of changes that are kind of a bummer. First, Len Goodman will not be back as a judge and I think that is lousy. He is a purist and you have to respect it. I will miss getting mad at Len. Also, Peta will not be able toÂ dance on the showÂ because of an injury. Get better girl, ’cause Season 22 will be here before you know it.

We need to talk about the couples before the premiere, of course. Last season there were a bunch of frontrunners out of the gate, will it be the same way this season? Here are the couples:

Tamar is having a banner year. Her Oxygen series — Braxton Family Values — is still going strong. Â She is a co-host on The Real [Season 2 premieres on the same day of her DWTS debut] and a singer. I think if the judges give her any guff she will fight back because she is a sassy lady. But will she be a good dancer? The verdict is still out. Just because someone can sing doesnâ€™t mean they can dance. Meanwhile, Val just came off of Season 21 winning his first Mirror Ball trophy. Will it be two in a row for him?

Anna has been gone from the ballroom a couple of seasons. What a way to welcome her back! Gary Busey is notorious for being a little off his rocker so it should make for interesting television. Will Anna be able to rein inÂ this unpredictable man?

Last season we saw how good of a teacher/choreographer that Sharna is by working with hero Noah Galloway, a double amputee. Now Sharna is partnering up with a boy bander, Backstreet Boy, Nick Carter. He can dance because we have seen him do it. But can he do the ballroom stuff? Â Other boy band members have come close to the Mirror Ball Trophy. Will Nick be able to snag the statue for himself?

Louis hasnâ€™t been on the show as a pro in awhile and we are excited to have him back! How do we all feel about Paula Deen? Well I have a feeling she is not going to be a strong dancer. But with all her problems in the past couple of years will this make people not vote for her? Or will her vocal fan base be enough to keep her in the competition?

Victor is the jockey that won the Triple Crown this year. Thatâ€™s all I know about him. But happy to have Karina back!

Last season, Andy performed one of his songs on DWTS. I guess he liked it so much he wanted more. I have no idea how he will do as a dancer. But Allison seems to be the up-and-coming pro on the block. After all, she was runner up last season so you never know what mightÂ happen.

Either Iâ€™m getting super old or I just donâ€™t care. Hayes, apparently, is an Internet star. He is the guy for the teenybopper crowd and could be very good.

We all remember Bindi Irwin, the daughter of the late Crocodile Hunter, Steve Irwin. She has potential because she knows how to entertain crowds. But can she dance? Derek is the master and he knows how to make it happen.

One of the best R&B singers of all time, can Chaka kick these kids in the butt and show them how it’s done? Keo hasnâ€™t had very good luck yet with his partners. Hopefully, things will change this time for him.

For the first time ever on DWTS, there is a married couple competing against each other. And their partners are dating, allegedly. How will doing this show affect their marriage? And, more importantly, can Alexa dance? Mark is super competitive so he’ll be on a laser-focused mission to get them to the top.

Meet Alexa’s husband. Carlos is known for being a member of the band Big Time Rush. His fellow bandmate/actor, James Maslow, appeared on Dancing with The stars a few seasons ago and did pretty well. Will Carlos not only do better than his wife but also his bro, James? Weâ€™ll have to see.

Alek made headlines last mouth when he and two of his buddies overpowered a gunman on a train from Amsterdam to Paris. He is an Army National Guard Specialist and a true American hero. Will Alek be a hero on the dance floor?

Donâ€™t be Tardy for the Party! If you donâ€™t know what thatâ€™s about, you donâ€™t know Kim. Another Real Housewife is coming to the dance floor. Tony is good with dealing with crazy so Kim could be really fun. Hopefully her wigs wonâ€™t fall off.

Do you have a favorite couple or are you waiting to see who brings it? Anything can happen on the new season!

Dancing with the Stars Season 21 debutsÂ Monday night at 8/7c on ABC.

According to ABC, the premiere will showcase “each couple dancing a Cha Cha, Foxtrot, Salsa, Quickstep or Jive, vying for Americaâ€™s vote for the first time.Â No couples will be eliminated on Week 1, and they will all advance to Week 2 of the competition.”

Look for a second episode to air this week. On Tuesday, Sept. 15, “viewers have a chance to see the couplesâ€™ dances from the previous night one more time. The show will be packed with never before seen footage from the night before, extended training packages, exclusive interviews with the couples, and a glimpse of whatâ€™s to come on Week 2 of Dancing with the Stars, where there will be two LIVE shows with couples dancing new routines for each night.”