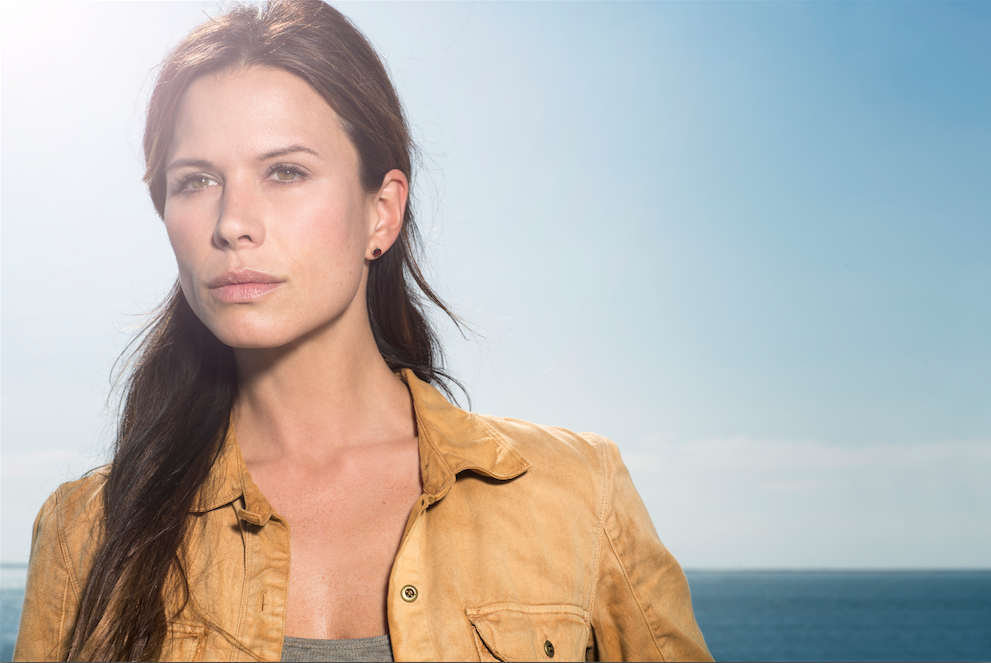 The Season 2 finale of The Last Ship brings us everything we could have asked for and more, including a shocking ending.

Hereâ€™s a look at seven Moments of Goodness from â€œA More Perfect Unionâ€ (and one moment of not-so-goodness):

Even the most action packed, tense dramas need moments of comedic relief. Because the cure will be spread through human contact, Dr. Scottâ€™s demonstration lends itself to awkwardness and a few laughs. As she pulls Miller in close as part of the demonstration, he apologizes for the onions heâ€™d eaten earlier. And of course, leave it to Tex to have an even better idea to spread the cure: kissing.

We knew that Tex would be searching for the girl in the locket this season, and we learned early on that the girl was actually his daughter. He sets off on his own to find her, and thankfully, heâ€™s able to. Their reunion is tearful and perfect, and it only reminds us more of why we love Tex so much. Â

â€œAll you have to do is breathe it in.â€

The immunes pulls a sickening move by dressing in Navy uniforms and beating the crew of the Nathan James to the second meeting point. In doing so, they make it look like the Navy really is trying to spread the virus instead of the cure.

Luckily, before the panic can get too out of control, the limit amount of aerosolized cure is dropped upon them, and the crew encourages everyone to just breathe it in. The whole scene feels magical as all the people relax and breathe in the white powder in awe.

St. Louis is the place

The first attempts to spread the cure are met with obstacles (and thatâ€™s an understatement), but finally, the crew makes it to one city with a turnout that means they may just have a chance at spreading the cure.

Chandler: â€œYou were right Mr. President. This is the place.â€

The large crowd is filled with hopeful, happy people who are more than willing to accept the cure with a handshake, a hug, and in one particularly adorable moment â€“ a kiss for Miller. Children salute Captain Chandler and he kneels and shakes their hands. Itâ€™s the perfect happy ending, and the cure is spread with love and kindness. It actually isnâ€™t awkward at all. Itâ€™s just beautiful.

Master Chief is reunited with his family

Master Chief doesnâ€™t have much family left. When he accepts a call from his wifeâ€™s parents, he makes the mistake of telling them not to come to the first meeting point. Doing so on an open line makes people suspicious, and it affects the turnout for the first attempt to spread the cure. Of course, Master Chief humbly accepts responsibility, but then he worries when he isnâ€™t able to contact his family later.

But they find him in St. Louis, for another emotional reunion. Thank goodness for happy endings.

The president is officially sworn, and it happens in front of that same large crowd. Everything feels hopeful, and itâ€™s followed with celebration: an inaugural ball. Itâ€™s there that we get some laughter and even see a new side of our crew. The members of the crew also take the time to remember all of those theyâ€™ve lost. Thereâ€™s even a proposal. Itâ€™s all feeling like the perfect happy ending.

Okay. You guys know how I feel about this one. Iâ€™ve had hopes for Chandler and Dr. Scott from the very beginning, and it finally seems like, for a moment, they could give into their chemistry. They say goodbye in the hallway outside Chandlerâ€™s room. Nothing happens, but the words Chandler says to her are everything we need to know. â€œWhen you get back, find me.â€

And a Moment of Not-So-Goodness:

Except she probably isnâ€™t coming back. Dr. Scott gets shot. That perfectly happy ending? Yeah, it was too good to be true. Dr. Scott is shot point blank in the hallway by a crazy immune (cue audible gasp followed by screaming and panicked tweets).

And that, my friends, is the end of the episode. Now weâ€™ve got to wait until next summer to find out what happens next. I donâ€™t know about you, but it feels like an impossible wait!

What did you think of the season finale of The Last Ship? Share your thoughts in the comments below!

The Last Ship returns for Season 3 next summer on TNT.