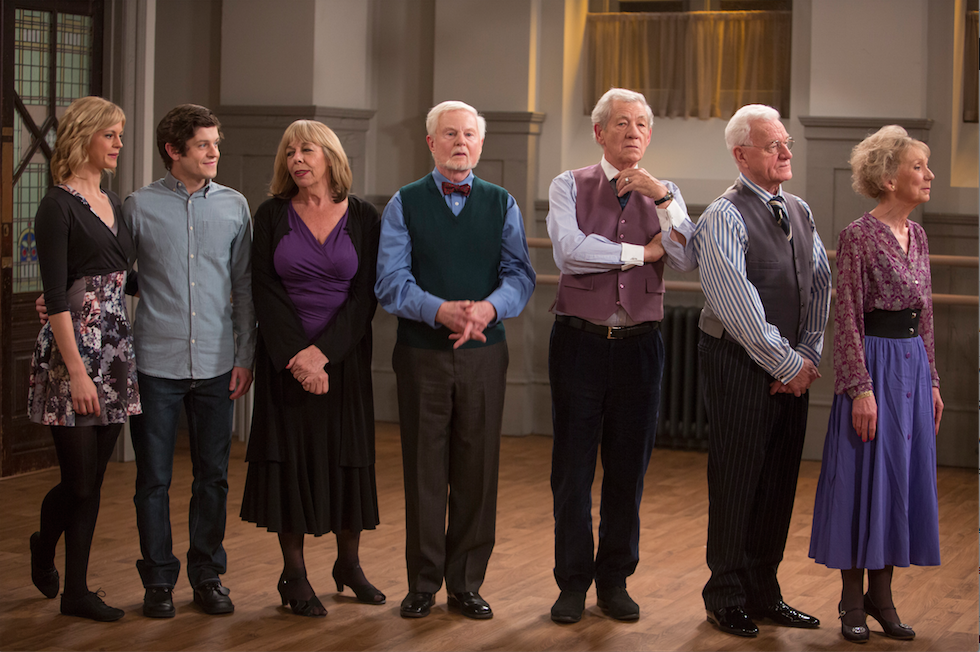 Sunday night is the halfway point for the second season of the British sitcom, Vicious.Â The show starsÂ Sirs Ian McKellen and Derek Jacobi as Freddie and Stuart, longtime lovers who act like they’re sick of each other on the surface. When you dig deep, it’s an entirely different story. Underneath the barbs and the digs and the nasty comments and the jokes at each other’s expense, there’s a real love forÂ the ages. After all, they’ve been together for almost 50 years.

Freddie and Stuart couldn’t be more different. Freddie’s an aging, high maintenance actor. The word “diva” could be used to describe him. He’s always ready with a putdown and rarely ready to lift a finger at home. Anything domestic falls to Stuart, who’s insecure and sometimes bored with his existence. He wants to get out and have fun with his partner. It’s oftenÂ difficultÂ to make that happen. Their life is a series of cutting remarks and compromises. And we’re all the better for it.

They are joined by Ash, their young, new friend who moved in to their building. Their group of peers includes Violet, who’s lonely and always on the hunt for a man. In eight episodes total, they’ve really grown into quite the dysfunctional family, emphasis on fun.

Now if you haven’t discovered the series yet, get thee to Amazon Prime where members can enjoy the six-episode first season. Then head over to pbs.org where you can watch the first couple of episodes of Season 2. The second one’s embedded below for your viewing pleasure.

If you’re all caught up, then here’s a secret: do not miss this week’s episode.

The gang joins Ash and Jess at a ballroom dancing class.

Stuart becomes teacherâ€™s pet, leaving Freddie in a huffÂ while Violet becomes a hit with the amorous teacher in other ways.

Ash decides to take his relationship with Jess to the next level.

From beginning to end, this episode is hilarious, heartbreaking and heartwarming. And, of course, you can always count on Violet (Frances de la Tour) to add a little va-va-va-voom to the action. Her husband may have suddenly disappeared but she’s not waiting around any longer.

Anytime McKellen andÂ Iwan Rheon (Ash) share a scene together, it turns out to be wonderful. And, yes, that’s Georgia King guest starring asÂ Ash’s girlfriend, Jess. You may recognize her as the lead in Ryan Murphy’s short-lived NBC comedy, The New Normal.