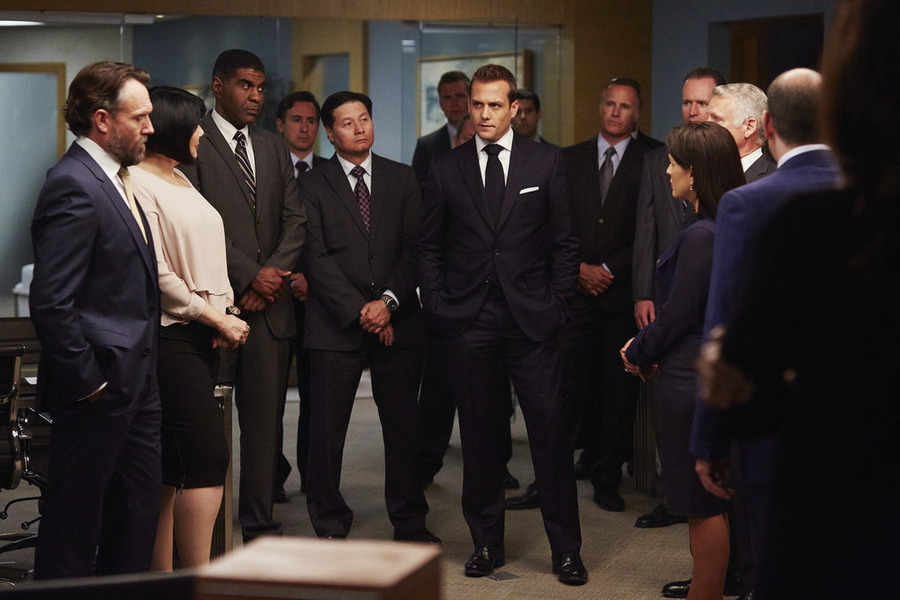 It’s time for something I dread on an annual basis — the Suits summer finale. That’s because, after tonight, there’s an interminable waitÂ to see the final six episodes of Season 5. Okay, maybe not interminable but the few months will feel like longer. I guarantee it.Â The Suits hiatus is almost always painful. And I have a feeling that the impending break will be extremelyÂ painful. Why?

Well, Jack Soloff (John Pyper-Ferguson) proposed to his fellow partners that Daniel Hardman (David Costabile) be allowed toÂ returnÂ to his old law firm. Which wasn’t cool. That man reeks of entitlement like nobody’s business. He has a Legion of Doom-type ofÂ allianceÂ going on with Soloff and Charles Forstman (Eric Roberts) aka Mr. Endless Moneybags, who also happens to hate Harvey as much as Hardman does. He’s got the money to back up his — and Hardman’s — hatred.

Plus, I’m not confident that Mike and Rachel are going to get married. Mike’sÂ secret continues to be a potential cause of major damage. Rachel has had to sacrifice her dream big wedding at the altar of Mike’s fraudulent ways. What else will be sacrificed? Their entire relationship? Mike’s Pearson Specter Litt junior partnership? His job? If Rachel’s mom is curious enough, she could get Rachel’s dad on the trail. Having said that, I really don’t want Rachel to tell her mom about Mike.

I’m not convinced Harvey will continue to be a part of Pearson Specter Litt by the end of the episode. Will he take one for the team and step aside to save the rest of his firm?Â Louis keeps thinking things are easy for Harvey. But the guy always has a target on his back. Does Louis actually envy that?

I do have to say I love Jessica/Hardman scenes. They ooze hatred for each other. How classic was this little exchange:

Hardman: You really should try one of those standing desks. It’s better on the back for a woman of your age.

Jessica: This is a standing desk…for a man of your height.

Hilarious. But there’s a chance she could be out as well. Way back atÂ the Season 5 premiere, I didn’t realize this was going to become another Hardman vs. Jessica/Harvey scenario. But what we have now are storylines that play with the very fabric of this show. Which means, things are probably going to get even more brutal. I want to be optimistic but since this is the summer finale, does anyoneÂ think anything good is going to happen for our good guys?

With their backs against the wall, Jessica and Louis make a last-ditch effort to rally the support of the partners, as Daniel Hardman and Jack Soloff attempt a takeover of the firm.

Meanwhile, Mike and Harvey must each face down the demons of their past in order to make potentially life-altering decisions.

The Suits Season 5 summer finale airs tonight at 9/8c on USA Network. I don’t mind admitting that I’m scared for this episode. Maybe I should take into account the title of this episode and have “Faith” that things will end well for our favorite characters. 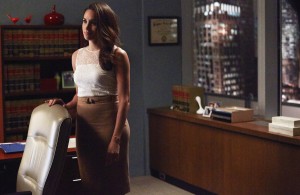 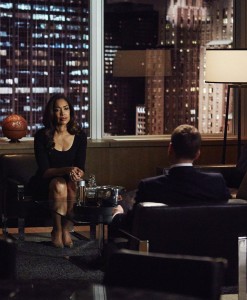 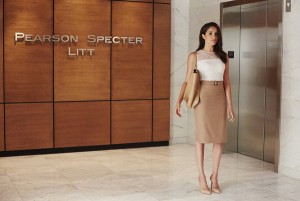 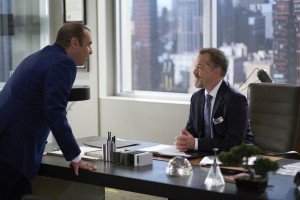 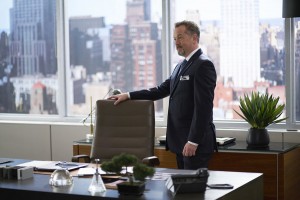 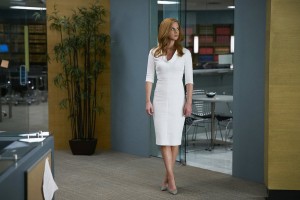 Moment of Goodness: Setrakian and Fet Meet Quinlan, The Strain "The Born"