EXCLUSIVE Under the Dome Preview: “Love is a Battlefield” 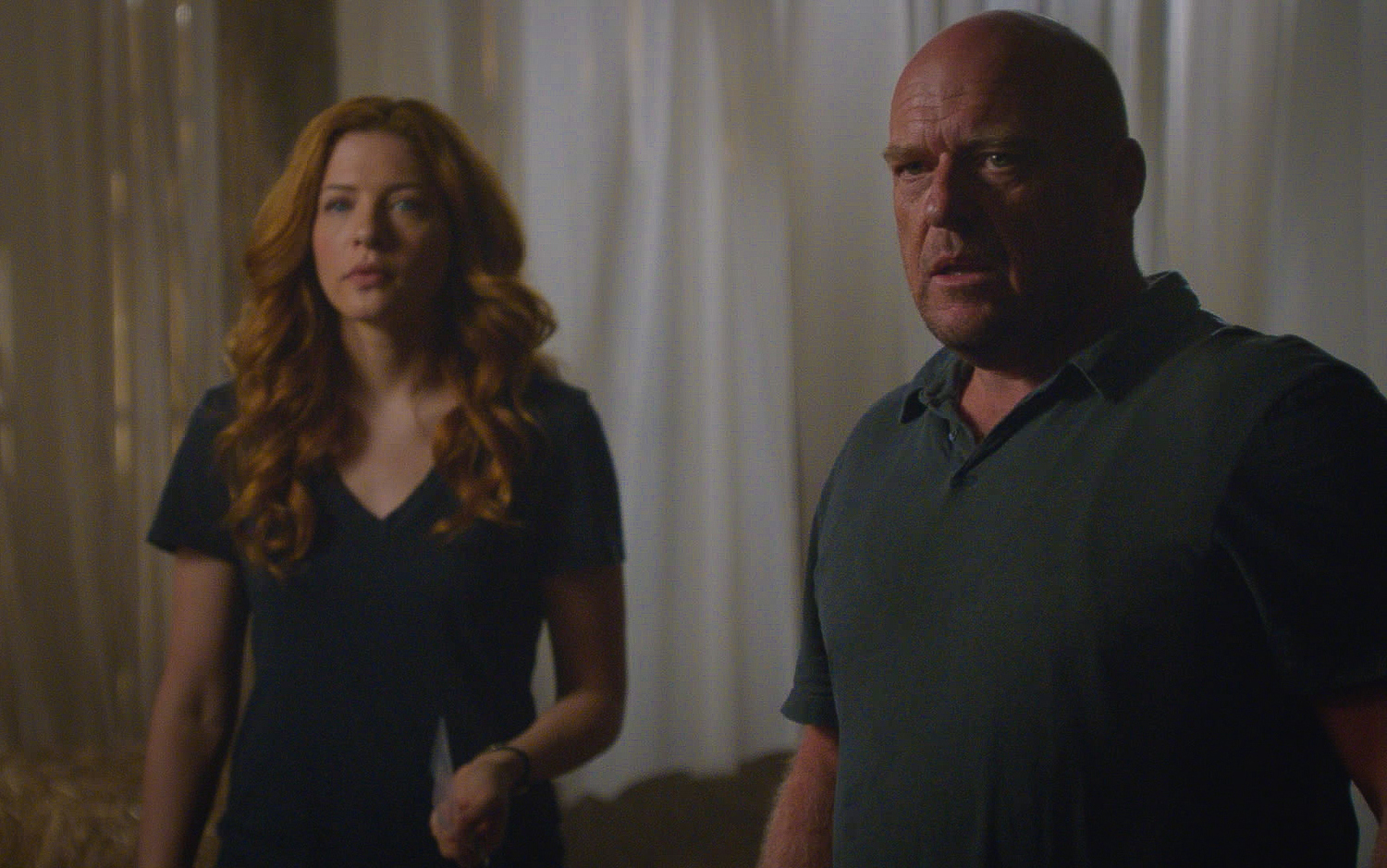 WARNING: Spoilers for CBS’ Under the Dome

In last week’s Under the Dome, it was a reunited Julia and Barbie against the Kinship. Or was it? Because Barbie and Eva looked mighty cozy at the end of the episode. Can we believe that kissing Eva is simply somethingÂ for the cause? He had to do it so Eva, Christine and the Kinship wouldn’t suspect he’s back to normal, right? Or did the lure of the baby and being in such close proximity of Eva suck him back over to the Dark Side?Â Let’s hope Stepford!Barbie is gone forever. Good!Barbie better stick around. We have faith in him.

Don’t know about you but one of our favorite things about “Legacy,” has to be the ER reunion that took place. Yes, joining Eriq La Salle (Hektor Martin) in a guest starring role was Paul McCrane (Patrick Walters). Yes, the actors formerly known as Drs. Benton and Romano have transitioned intoÂ partners at Aktaion — well, at least in flashback. We got to see the gruesome details of what happened after Walters touched the mysterious egg they discovered.

Meanwhile, Norrie’s taken the offense in her quest to help the Resistance. She saved Julia’s life but she had to kill someone (with a gun) to do it. As for Joe, he’s holed himself up to see if he can create something that will bring down the calcifying dome. Big Jim has forged an uneasy (very uneasy) alliance with Hektor.

In this exclusive clip, Big Jim’s take no prisoners approachÂ hits an all new level. He always expectsÂ casualties and knows he will cause a lot of those deaths. So it’s no surprise to hear himÂ tell Julia and the Resistance that Eva needs to die before she has her baby…which is any second because thanks to Christine and the sacrifice of many of the town’s girls, she’s ready to burst. Hmmm…wonder how Barbie will react once he finds out.

Synopsis for “Love is a Battlefield”: Members of The Resistance race to release their loved ones from Christineâ€™s (Marg Helgenberger) influence before she reaches her end game for the Dome. While Barbie risks everything in an attempt to free Eva from the Kinship, Big Jim and Julia are enlisted by Hektor (Eriq La Salle), the head of Aktaion, to test a possible cure for infected townspeople. Also, Joe chooses to work with Christine after she shares some shocking information about the entity behind the Dome.

There are only three episodes left. Under the Dome “Love is a Battlefield” airs Thursday night at 10/9c on CBS.

Hell On Wheels Preview: “Fathers and Sins” [VIDEO and PHOTOS]