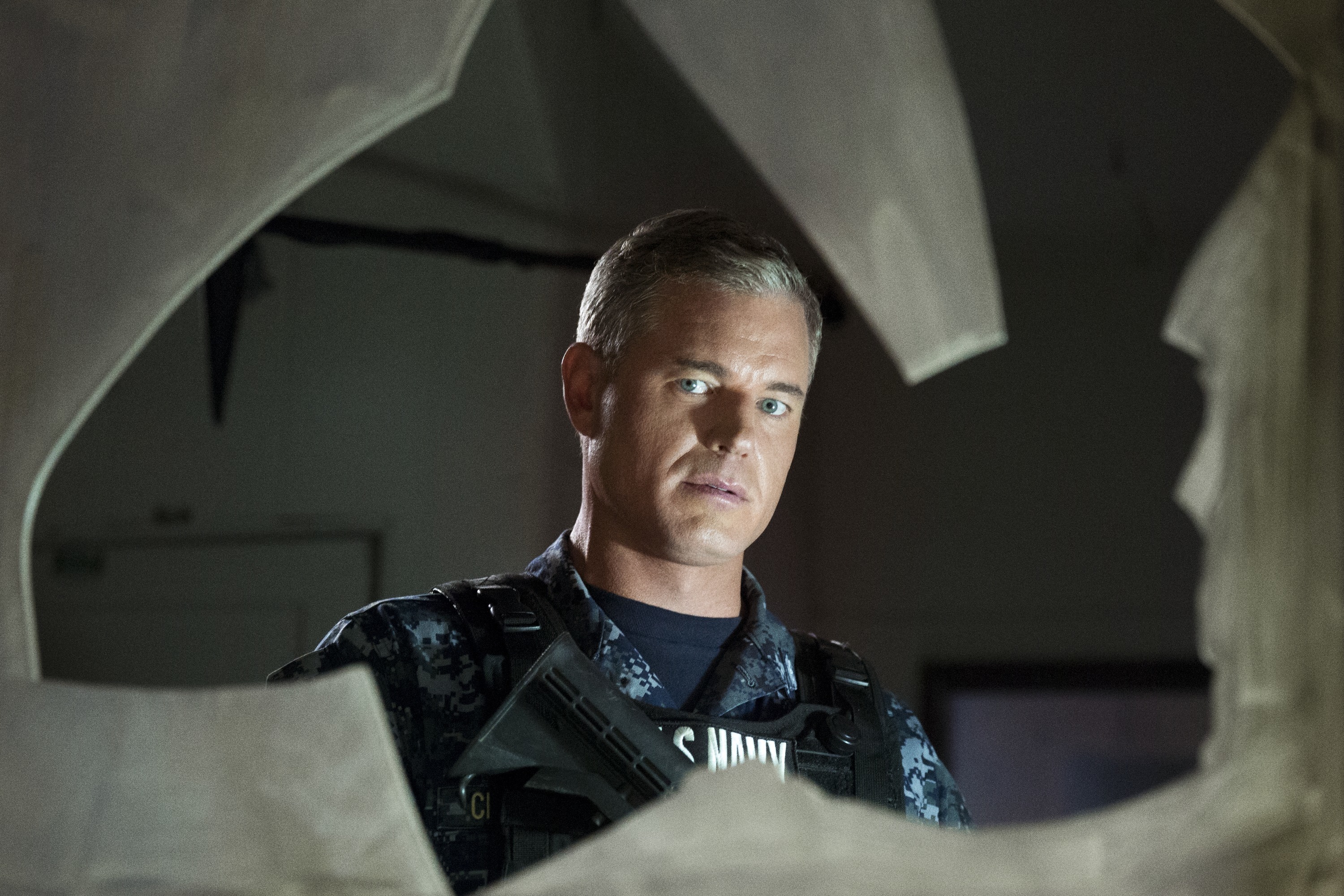 This weekâ€™s episode of The Last Ship is by far my favorite so far this season.

â€œSafe Zoneâ€ isnâ€™t about explosions or gun fights. Itâ€™s about Chandler and his crew convincing the President to be on their side instead of Sean Ramseyâ€™s. In fact, this episode focuses more on emotion and dialogue than any other episode from Season 2.

President Michener is now on The Nathan James, and he has his own ideas about whatâ€™s best for the country. Unfortunately, those ideas reflect Sean Ramseyâ€™s, and they prove that Michener has been effectively brainwashed. Chandler tries to balance his respect for the Commander in Chief with his own authoritative role, essentially telling Michener whatâ€™s what and following those statements with, â€œSirâ€ every so often. Michener may be the President, but Chandler is the man in charge.

Thereâ€™s a lot of discussion about Ramseyâ€™s plans and whether or not the cure that Dr. Scott has been working on for so long is actually going to help people.

I donâ€™t care who you are, by the way, but donâ€™t tell Chandler you think Dr. Scott is a quack. Just donâ€™t do it.

Itâ€™s funny how far the relationship between Chandler and Dr. Scott has come â€“ there was a time when Chandler didnâ€™t have full faith in her either. Itâ€™s too bad we havenâ€™t gotten more interaction between those two this season.

Chandler tells Michener the sacrifice that heâ€™s made to serve his country. He chokes back tears as he describes leaving his family, returning to find them in an extermination camp, with his wife dead. He shares his guilt over the fact that his children were the ones there with her, and that they didnâ€™t have their father there for support. Instead, they were wondering where their father was.

Michener is left alone after that, and Chandler returns to find him in a pool of his own blood. Luckily, they get to Michener in time to save him from himself, remaining convinced that they need him.

There isnâ€™t much that sounds more tragic than Chandlerâ€™s story. That is, until Michener shares his.

This is a broken man, and heâ€™s been brainwashed because he was grasping for anything that would make him feel better about what happened with his daughters. As he watched his son die from the virus, then began to watch his daughterâ€™s suffer, knowing what would happen to them, Michenerâ€™s wife begged him to put them out of their misery before they had to go through it.

The pain and guilt in Michenerâ€™s eyes tells us everything we need to know. He was doing what he thought was best for his family, but as he smothered one of his daughters while she was sleeping, she awoke â€“ her last memory the one of her father killing her. The image he describes is one Iâ€™d like to soon forget.

Chandler, however, seems to understand this in a way maybe no one else can. He hasnâ€™t done anything quite like what Michener has described, but heâ€™s seen what the virus can do to people, and heâ€™s done his own share of unspeakable things in his effort to save the world.

Chandler: Weâ€™ve all done things that are hard to live with. So let this be your redemption if it needs to be.

We donâ€™t know if we can fully trust Michener, but for the moment, things look okay. Heâ€™s at least making the appearance of taking Chandlerâ€™s side and joining forces with the crew of the Nathan James against Sean Ramsey and his crazies. He especially softens when Dr. Scott shows him one of the teddy bears â€“ he canâ€™t believe that the men were willing to harm children.

Itâ€™s going to be interesting to watch the dynamics between Chandler and Michener moving forward. Thereâ€™s a mutual respect at this point, and Chandler assures Michener that the conversation they had earlier would remain between the two of them. Chandler takes Michener to his new quarters, which is complete with a desk and several items from The White House.

Dancing with the Stars “Season 18 Week 9” aka The Semifinals

Everything Has Its Price in Preacher’s “Sokosha”

Dancing with the Stars “Season 22 Week 8” aka America is the Judge/Judge vs. Judge