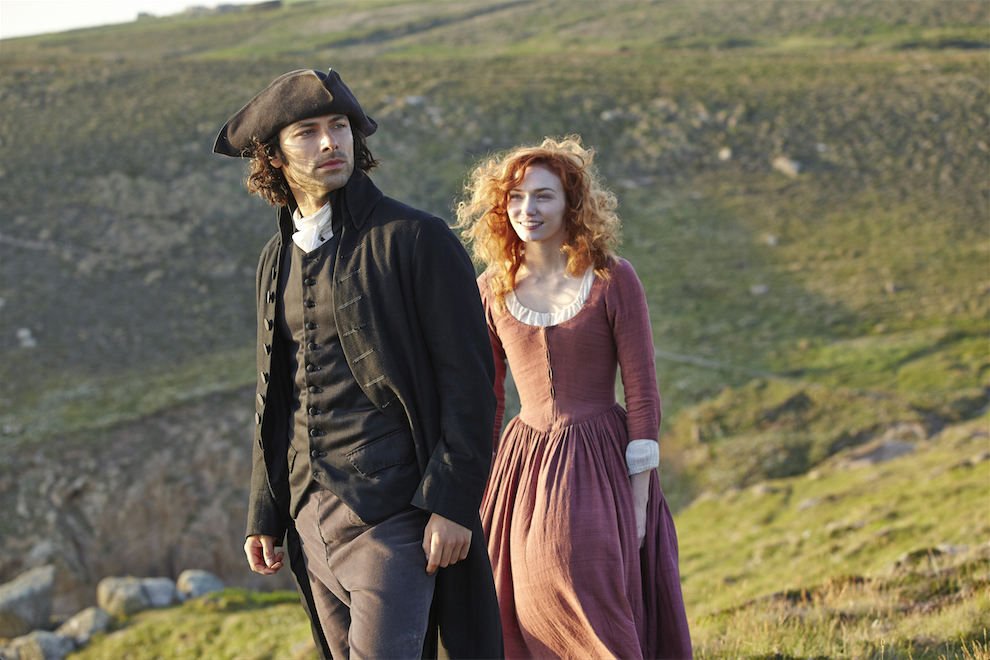 Deception, Despair and Death! It may not sound appealing, but it is. Youâ€™ll want to have your tissues handy and a pillow to throw at the TV when you watch the season finale of Poldark â€“ it will leave your head spinning!

Synopsis for Poldark Season Finale: When Verity makes her move, Poldark is blamed and events spiral out of control. An epidemic leads to tragedy. A shipwreck is both a blessing and a curse.

It’s been a long journey since Ross returned home from the American Revolutionary War. His homecoming was a bit upsetting. Ross found out that the love of his life, Elizabeth (Heida Reed) was engaged to his cousin Francis (Kyle Soller) â€“ sadly for Ross, the two married.

Eventually, Captain Poldark found his own true love. Ross shocked everyone in town, when he wed his kitchen maid, Demelza (Eleanor Tomlinson). Since that time, the two have grown close. Now they are the proud parents of a beautiful baby daughter, Julia Grace Poldark.

Tonight, Demelza will stand by her man in order to keep the life they have built together intact.

Poldark fans that have read the books or watched the original series won’t be shocked by tonightâ€™s ending; however, newcomers will likely be left with a lot of questions. That being said, thereâ€™s one glimmer of hope for at least two characters. Verity (Ruby Bentall) and Captain Andrew Blamey (Richard Harrington) finally find the happiness theyâ€™ve been so desperately seeking.

As for the rest of the characters, things get out of hand in a hot hurry. Ross struggles to keep the Carnmore smelting company going, but George (Jack Farthing) has other plans for him. The good or should we say, the not so good doctor, Dwight Enys (Luke Norris), gives into passion and finds himself in a world of trouble. He’s not alone. Ross incites a riot of sorts. Plus, a deadly disease strikes many in Cornwall and not everyone will recover from it.