8 Moments of Goodness from The Last Ship “Alone and Unafraid” 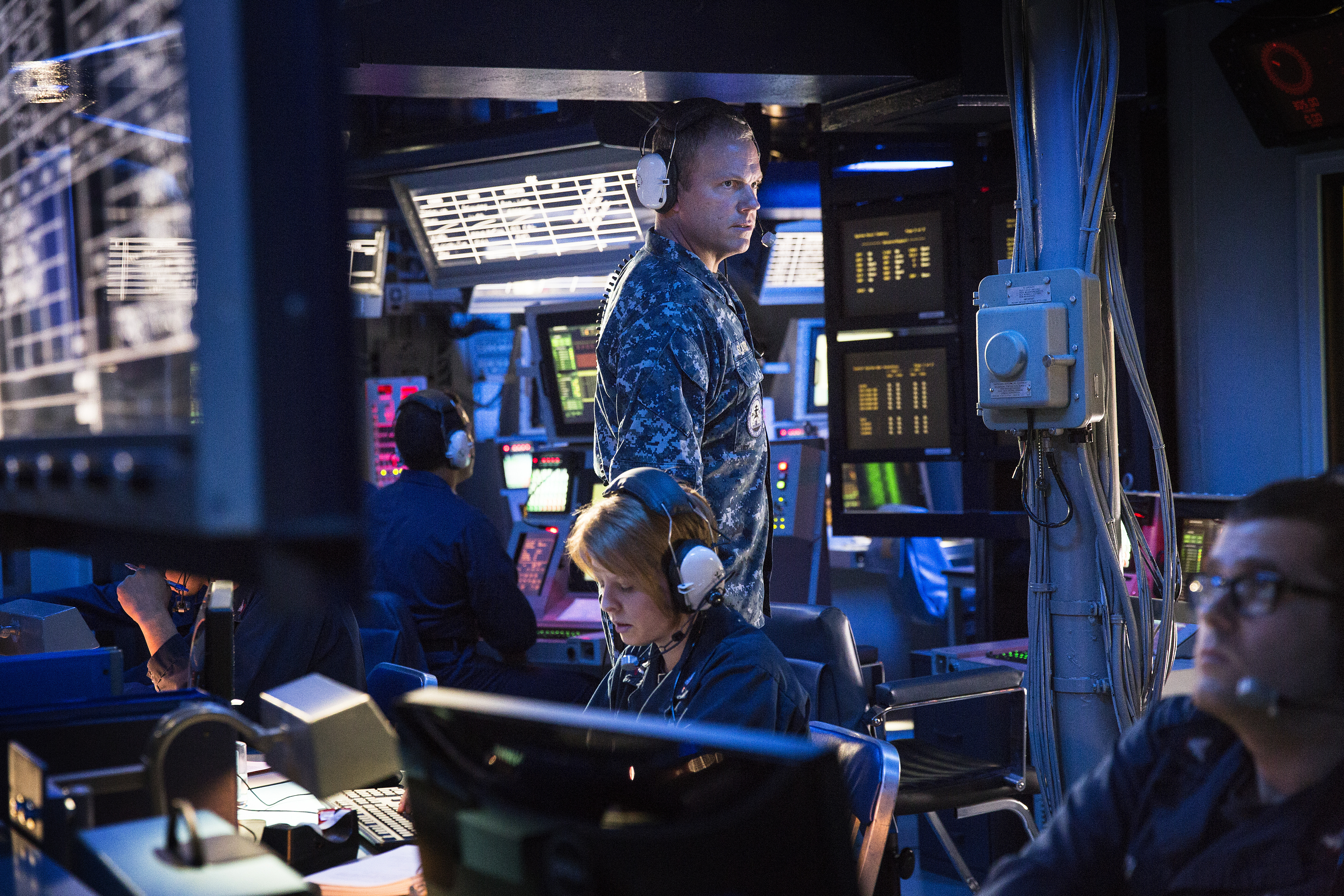 Thereâ€™s a new goal for Chandler and his crew: to get the Commander in Chief away from Sean and his people. Meanwhile, Dr. Scott continues to work toward creating an aerosolized cure, and Neils proves to be more of a crazed maniac than any of us realized.

The crew insights a riot.

One of my favorite things about The Last Ship is how perfectly the crew of the Nathan James is able to execute their elaborate plans. Nothing causes mass panic than one quiet fellow suggesting to the lady next to him, that the beeping he hears seems suspicious. As a result, Chandler positions himself as the perfect guy to join the Presidentâ€™s security team, and we see him about the most nervous heâ€™s ever been as he takes the job.

Bivas kisses Burk, but only just before she fixes his nose. â€œDonâ€™t get your hopes up,â€ she says. â€œThat was just an anesthetic.

Tex is a distinctive man.

After seeing Neils, Green and Tex talk about whether or not heâ€™d recognize them. Green calls Tex, â€œDuck Dynasty,â€ and Tex replies that he knows heâ€™s a distinctive man. Itâ€™s funny in the moment, but wouldnâ€™t you know, Neils does recognize Tex.

For starters, I may never look at a teddy bear the same way again. Neilsâ€™ sick plan to infect children with adorable, infected teddy bears is unthinkable, but thanks to Green, it doesnâ€™t work. Green volunteers to hand out one of the bears, then instead tells the little girl to run. When Seanâ€™s men pull guns on him, he shows his moves and takes them both down. Meanwhile, Tex shows off some moves of his own, kidnapping Neils and shooting several of Seanâ€™s men in the process.

Of all the places for a bloody fight, the crew battles the bad guys in the kitchen, and they make great use of the tools available to them. Forks are used for stabbing, plates are thrown, and Burk actually wails on a guy with a frying pan. Meat mallets are also involved, and we get to see Chandlerâ€™s knife skills.

Yes, Chandler and Bavit do pull a gun on the president after explaining that they have to get him away from Seanâ€™s men. Still, Chandler does it while saying â€œwith all due respect.â€

Green sees to it those teddy bears arenâ€™t going to infect any children. He douses them with gasoline and lights them on fire before joining the rest of his team to head back to the ship. Teddy bears go flying as they all drive away.

The look on Texâ€™s face when Chandler tells him the guy sitting next to him is the President? Priceless.

TV Goodness Reports: When Calls the Heart Renewed for Season 3