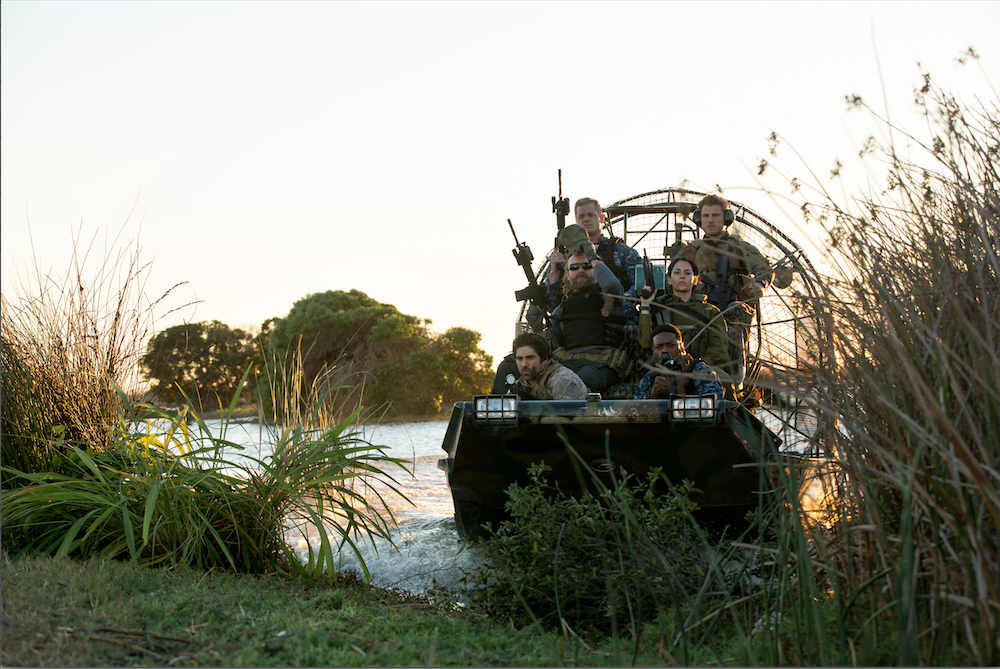 Weâ€™re not back to square one, exactly, but with the labs destroyed, Dr. Scott has to figure out how to create the cure â€“ again.

On The Last Ship, â€œLong Dayâ€™s Journey,â€ she works to do exactly that.

Dr. Hunter, who was Dr. Scottâ€™s mentor, had been working on a way to make the cure more accessible, and recorded himself telling Dr. Scott his plan as his lab was under attack. The cure needs to be in a powder form, so it can be spread over large areas.

I really cannot be more thankful that weâ€™re spared seeing Dr. Hunter killed only moments later. Instead, the camera drops, we hear him being attacked, and thenâ€¦ a gunshot.

Thereâ€™s no time for Dr. Scott to grieve, but the crew heads to Florida in hopes of stopping these men once and for all. That, and Chandler feels the need for some revenge.

Still, Dr. Scott is just emotional enough (and thatâ€™s an overstatement) to want a little vengeance herself.

Dr. Scott: When you find the people who did this, Captain, kill them.

Chandler takes a team to search for Sean and his men, and they find themselves changing into civilian clothing and boarding a bus full of brainwashed immunes on their way to see Sean speak. These people have been convinced that theyâ€™ve been â€œchosenâ€ and have become a part of an incredibly dangerous cult.

Chandler and the team blend in, and itâ€™s there that they learn more about Seanâ€™s plan. Thereâ€™s a senator there (played by Mark Moses, who is in basically everything) who is 12th in line to become president. But, it turns out that all eleven people ahead of them have died, making him the next President of The United States. And from the looks of it, heâ€™s in the palm of Seanâ€™s hand.

It makes sense that what we keep seeing now that the crew has returned home, is that new leaders keep arising. Itâ€™s something that society needs in order to function and in order to feel safe. It also wouldnâ€™t be a post-apocalyptic drama if those leaders werenâ€™t complete opportunists.

The good news? Dr. Scott gets inspiration for how to create the cure in a powdered form during what is one of my favorite scenes in this episode. Bacon brings her dinner, and in describing the dish, he says exactly what Dr. Scott needs to hear as he explains how to make the roux. The answer is cornstarch.

Once Upon a Time “White Out”

Once Upon a Time “Fall”

Dancing with the Stars “Season 17 Week 8”