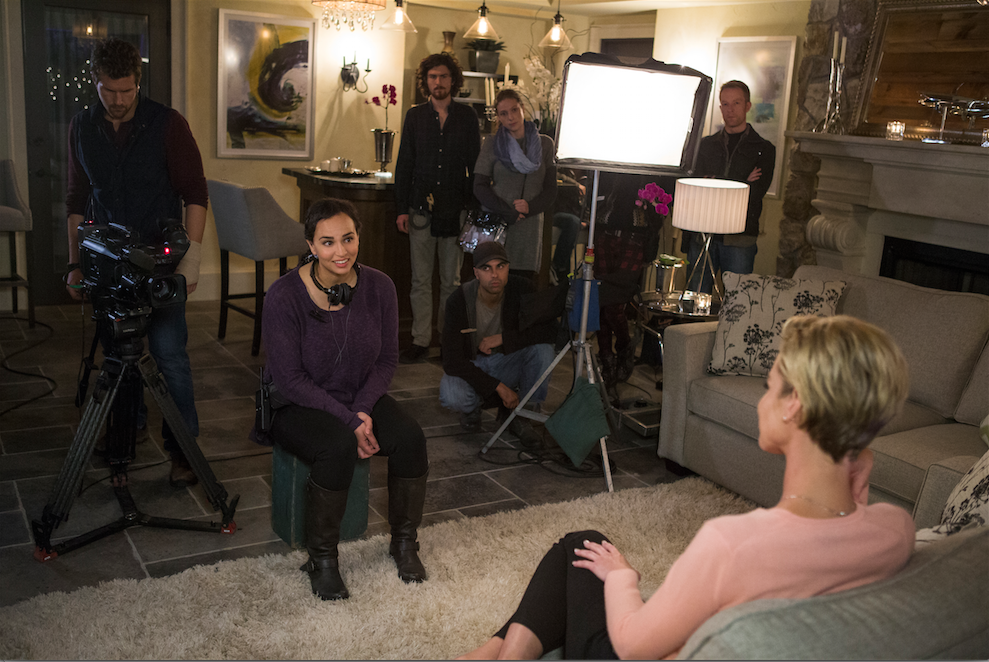 That was a tough episode to watch, I’m not going to lie. I knew something bad was going to happen. I thought maybe Mary (Ashley Scott) was going to murder her abusive ex.

Instead, she jumped off the roof of the Everlasting mansion and took her own life. She must have been so confused about her mental state. She was taking her pills like clockwork. Yet, her mood swings started to get so erratic, it was scary. I felt so bad for her. One second she’s on the top of the world. The next second, she’s super tense and on the edge. Her behavior was completely unpredictable.

Prime example: Chet (Craig Bierko) convinces Anna (Johanna Braddy) to buy a bunny in order to win his bet with Quinn (Constance Zimmer). If Mary goes home, Chet wins. If Mary stays on the show for another week, Quinn wins. So this bunny is a big attempt at disrupting Mary’s family date with Adam (who doesn’t like children at all). Anna interrupts the date and she’s holding the cute little bunny. Of course, Mary’s daughter Lilybell falls in love with it in seconds. ButÂ Mary isn’t having it. She erupts.

Shia messing with Mary’s meds is simply unforgivable. Rachel (Shiri Appleby) and Quinn’s luring of Mary’s ex to the house soÂ Mary can confront her abuser (that’s how they justified this invite) is almost as bad. The combination of these two horrible acts plus Mary’s drinking alcohol — it’s no wonder she found herself up on that roof.

But I still hoped Rachel would save her. It’s kind of what Rachel does. She manipulates these women and when the manipulation goes bad, she helps coax them back. She brings Anna back from her father’s funeral. She un-outs Faith (at least privately — she prevented the whole thing from airing). I was hoping Rachel had one more in her. Unfortunately, that didn’t happen. There were too many things working against Mary.

I wonder how everyone’s going to react to this situation. It’s a traumatic thing that happened and Rachel, at least, might have a tough time dealing with it. Hopefully, Shia can find her soul long enough to process what happened and realize her culpability in this mess. How long will this tragedy register in Quinn’s life? Because now there’s a daughter who will grow up without her mama. I sincerely hope she doesn’t end up with her dad (sorry, Ty Olsson). After all, he knew how to mess with Mary’s mind, too. Mary couldn’t catch a break. She got it from almost all sides. The one thing that was truly positive was her family.

Yup, that was quite the intense episode of television. What did you think of what happened?

UnREAL will be back for a second season. Season 1 airs Monday nights at 10/9c on Lifetime.

Moment(s) of Goodness: The Killing “The Missing”

3 Moments of Goodness from Suits “The Choice”

Castleâ€™s Moment of Goodness: Castle Must Compose Himself After the Kiss

30 Rock’s Moment of Goodness: Will Arnett