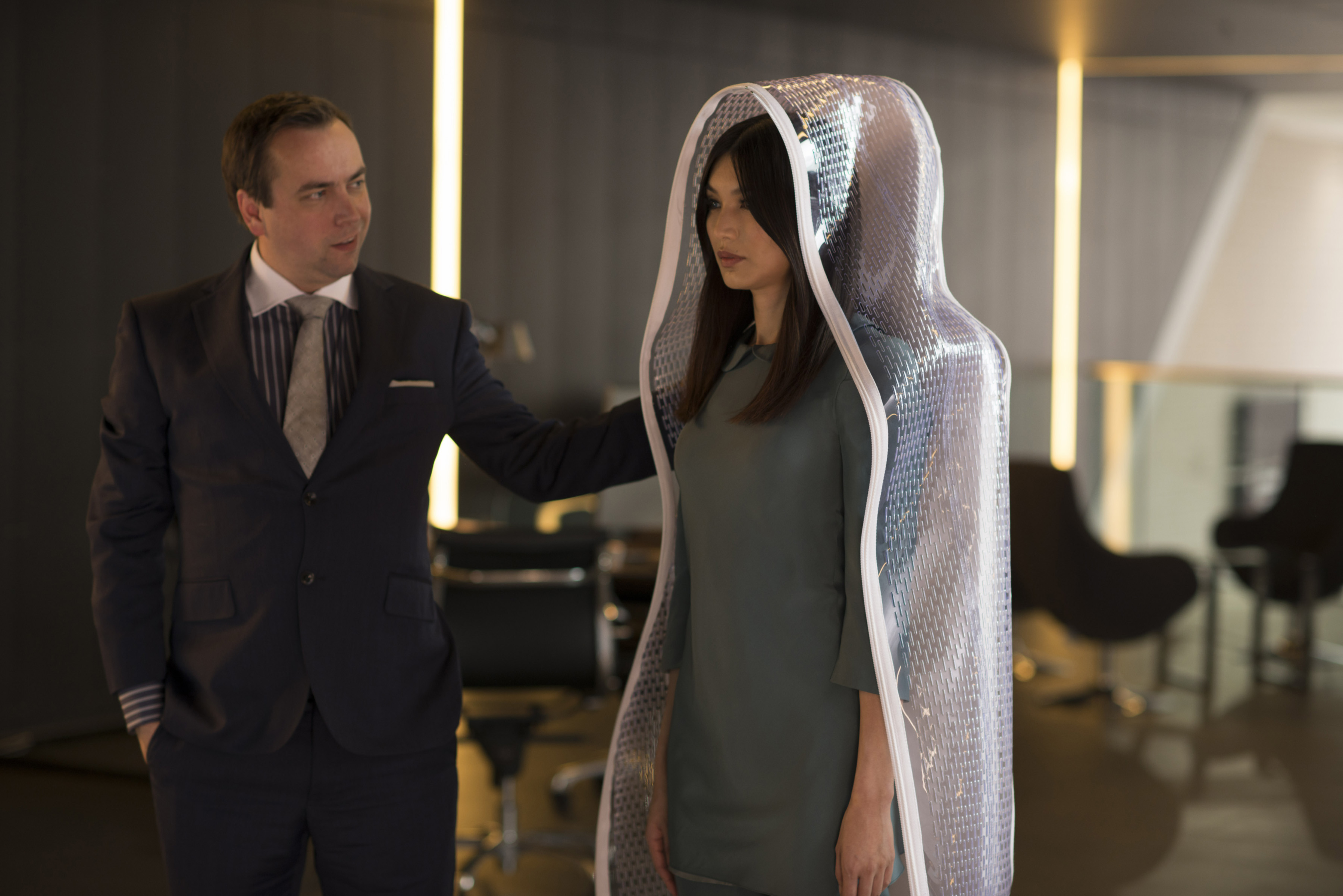 On AMC’s Humans, the Synths might look like the people they’re designed to serve, but they’re not. They’re sophisticated androids — artificial intelligence at its finest.

What distinguishes them from us are their unnaturally green eyes, monotone voices and somewhat stilted movements. How did the powers that be on the show come up with the way these machines would move, talk and act? It all started with the desire to keep stereotypes out of the equation.

“In terms of how the Synth behaves in their Synth movements…in the original pilot script, we wrote in the stage directions that they moved like someone doing a Japanese tea ritual,” explained Humans writer Jonathan Brackley. “That was the only real information we gave apart from the fact we stipulated we didn’t want anything sort of classically robotic…no sort of head cocking or curious looks.”

“It actually said ‘no head cocking’ in capitals in [the] episode one script, actually,” confirmed Sam Vincent, co-writer on the series.

Coming up with the Synth formula required a team effort. “We got our director on board, Sam Donovan, who directed the first two episodes,” said Brackley. “He worked very closely with a guy called Dan O’Neill, who works for a British dance and movement theater company called Frantic Assembly. Heâ€™s a choreographer and together they developed a sort of language of movement of how these Synths would move.”

Language and movement they’d have to teach the actors. About a month before filming began, the members of the cast who play the androids attended “Synth School.” There they learned the universal set of rules to being a Synth in this Humans universe.

For actress Gemma Chan, who plays Anita, this task was “a unique challenge.” But she attributed what we’re seeing each week to the dedication of the writers and directors. “They didnâ€™t want anything overtly robotic, but they wanted something that was other than human. So, it all boiled down to the fact that the Synths are ultimately machines, and every movement requires energy and essentially uses up battery power, so every move has to be economical and thereâ€™d have to be a reason why every move is the way it is.”

According to Chan, there’s a trickier aspect she had to handle on top of learning the ins and outs of Synth-dom. “The emotional challenge, for me, was about trying to play a character that is not human but that at certain points is showing what could be interpreted as human emotions and human characteristics and really deciding when I was going to reveal those character traits as the show goes on. And yes, that was very challenging.”

See how Chan does in a sneak peek from tonight’s episode: