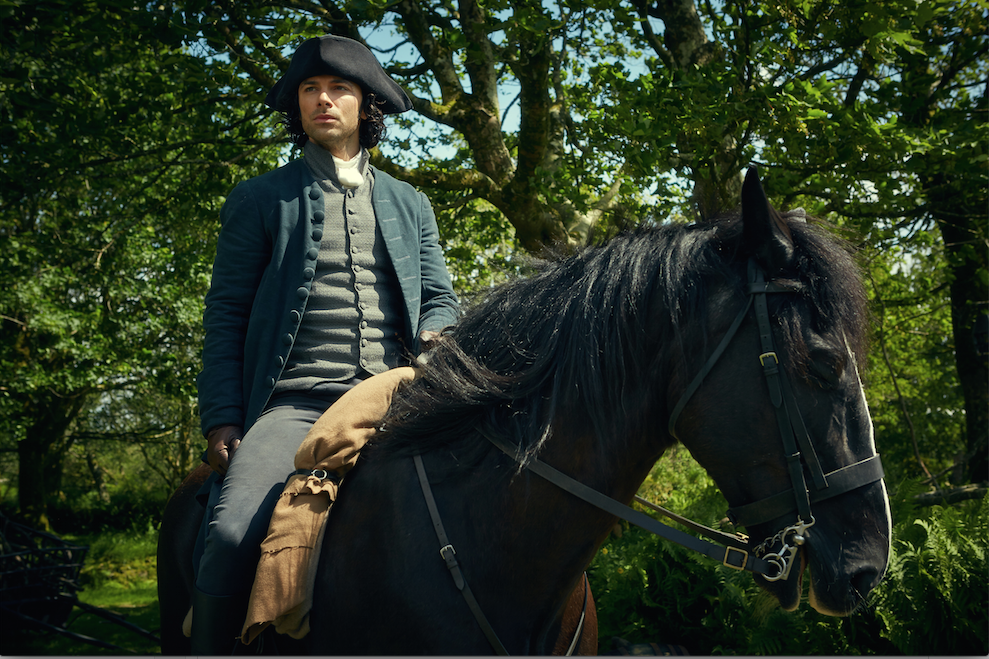 Dearly Belovedâ€¦Ross rides a wave of emotions and heâ€™s not alone. Marriageâ€¦Babiesâ€¦and a familiar face will delight Poldark fans alike.

Synopsis for Poldark, Part 3: Poldarkâ€™s battle with the local gentry deepens. He faces one turning point with Elizabeth (Heida Reid) and another with Demelza (Eleanor Tomlinson).

Good fortune is bestowed on those who live in Cornwall, when Ross (Aidan Turner) reopens the Wheal Leisure mine. Â At the same time, rumors begin to circulate about the Captain and his Kitchen Maid.

Fans of the original Poldark series will be pleased to see Robin Ellis on-screen alongside Aidan Turner.

Robin, who originated the role of Captain Ross Poldark in the ’70s adaptation, will trade in his Tricorn hat for a wig and a new role.

Robin portrays Reverend Halse and gives Ross a run for his money. The two trade barbs in a scene that will change the future of several characters. You can look for this fan favorite to make another appearance in Episode 6.

Winston Graham, the cherished writer who penned the Poldark novels, would have turned 103 on June 30. His son, Andrew, believes his late father would be happy that Poldark rides again.